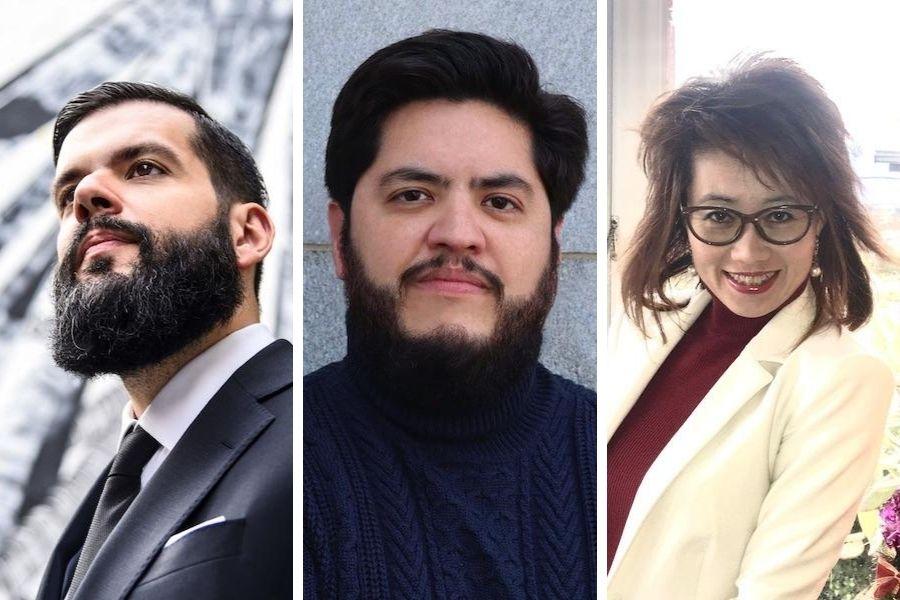 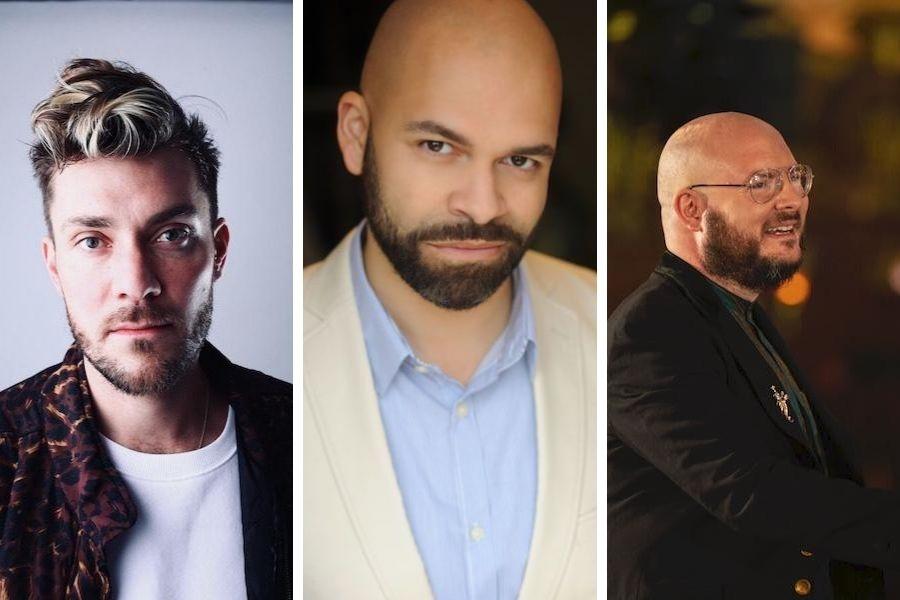 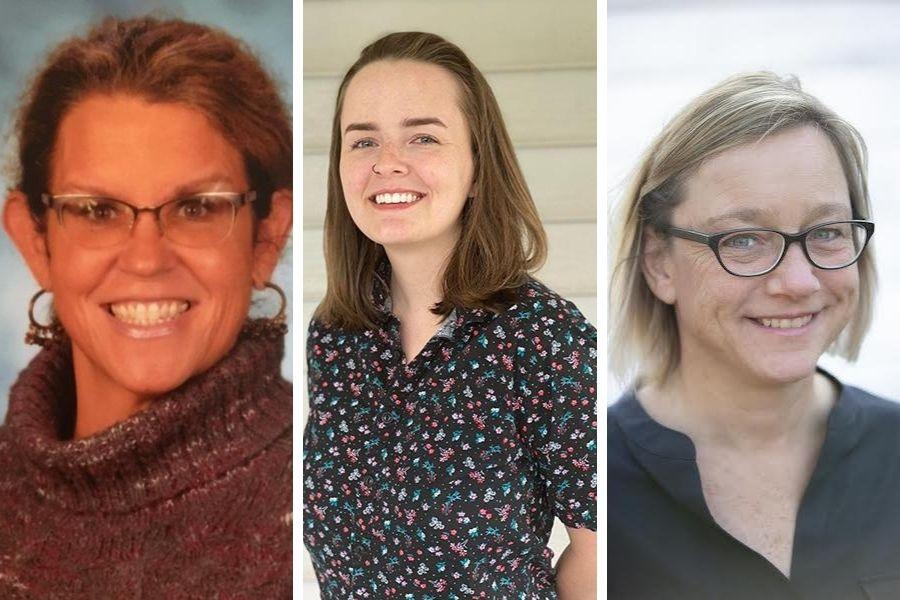 This fall, Interlochen Arts Academy welcomed a number of new teachers, instructors, and artists-in-residence to its world-renowned faculty. These exceptional artists and educators fill a variety of vacated and newly created roles in both academic and artistic divisions.

Grammy Award-winning songwriter, composer, and multi-instrumentalist Andrew Dost joins the Music Division as an instructor of singer-songwriting. One of the original members of the popular indie rock band Fun., Dost has performed at legendary venues around the world including the White House, Saturday Night Live, Coachella, and Red Rocks Amphitheatre. In addition to his career with Fun., Dost has composed music for several feature-length films, documentaries, video games, television series, and podcasts. He remains active as a songwriter, producer, composer, visual artist, sought-after speaker, and teacher.

Songwriter and musician Blake Elliott joins Dost as an adjunct instructor of singer-songwriting. Elliott has performed and collaborated with Billy Strings, Sixto “Sugarman” Rodriguez, Interlochen alumni The Accidentals, Greg Brown, and others. A staunch supporter of the arts, Elliott has served as a board member for both The Friends of Fine Arts Committee for Suttons Bay Schools and The Art Place, a Traverse City-based non-profit animation and arts studio.

Saxophonist, composer, and educator Marcus Elliot will serve as an instructor in the Academy’s growing jazz program. A 2020 Kresge Artist Fellow, Elliot leads several Detroit-based ensembles, including the Marcus Elliot Quartet, Clockwork, Balance, Beyond Rebellious, and Lanula, and is a member of the Shigeto Live Ensemble. As an educator, Elliot served as a saxophone instructor at the Young Musicians Program in Berkley, California, and currently serves as the director of the Detroit Symphony Orchestra’s Civic Jazz Band.

Joshua Hoisington, a Michigan-born music producer, will serve as an instructor of music production and engineering. Hoisington is one-half of BOII, a transatlantic duo that performs a unique blend of house, pop, and modern folk.

Award-winning trumpeter Josh Lawrence assumed the role of director of jazz, taking the reins from the Academy’s longtime instructor, Bill Sears. A critically acclaimed performer with an extensive discography, Lawrence has released three solo albums and performed on recordings by Captain Black Big Band, Laurin Talese, Erykah Badu, and Boyz II Men. Also a passionate educator, Lawrence previously served as an instructor at the University of the Arts, the Kimmel Center for the Performing Arts, and the Bronx Charter School for the Arts, and was a Morse Teaching Artist Fellow at the Juilliard School.

Arts Camp and Arts Academy alumnus Enrique Márquez returned to Interlochen in June as the institution’s new director of music. A seasoned violist, Márquez served as the principal violist of the Orchestra of the Americas and made his Carnegie Hall debut in 2005. Márquez comes to Interlochen from Harvard University, where he oversaw the Fromm Music Foundation. Previous roles include director of the Veracruz Cultural Institute in Mexico and lecturer in the Arts Administration and Cultural Entrepreneurship Program at Northeastern University. Márquez serves as a member of the Advisory Council of Global Leaders Program and was recently selected as a fellow of the Sphinx LEAD program.

Broadway veteran Justin Lee Miller joins the Arts Academy Theatre Division as the program’s inaugural director of musical theatre. A seasoned theatrical performer, Miller appeared on Broadway in My Fair Lady, Phantom of the Opera, and On the Town and performed alongside Hamilton creator Lin-Manuel Miranda in Camelot at the Lincoln Center Theater. As a classical singer, he has performed at the Metropolitan Opera, Los Angeles Opera, and Lyric Opera Chicago, and was selected as a finalist in the Metropolitan Opera's Laffont Competition in 2006 and 2007.

Musician and educator Doug Peck also joins the Theatre Division as instructor of voice. As a performer, Peck has shared the stage with Renée Fleming, Heather Headley, and Kristin Chenoweth, among many others. Peck’s other accomplishments include conducting the original full orchestration of Carousel at the Glimmerglass Festival, creating new Indian/jazz fusion arrangements and orchestrations for the stage version of Disney’s The Jungle Book, and serving as musical supervisor for the hit off-Broadway musical Ride The Cyclone. Peck is certified in levels I-III of Somatic Voicework and has also completed levels 1 and 2 of the National Center for Voice and Speech Vocology curriculum.

Acclaimed violinist Tina Chang Qu succeeds recently retired faculty member Paul Sonner as one of the Academy’s two instructors of violin. A graduate of the Curtis School of Music and the Juilliard School, Qu has appeared as a soloist with the Los Angeles Philharmonic, National Orchestra of China, and Philadelphia Chamber Orchestra, among others. Qu was formerly a member of the Los Angeles Opera and frequently performed as a guest musician with the Los Angeles Philharmonic. She previously taught at Colburn Community School, East Los Angeles College, and Hong Kong Academy of Performing Arts.

Arts Camp and Arts Academy alumna and former Arts Camp violin instructor Jorja Fleezanis returns to Interlochen as visiting faculty for creative orchestral studies. The longest-tenured concertmaster in the history of the Minnesota Orchestra, Fleezanis broke barriers as the second woman to hold the position of concertmaster in a major U.S. orchestra. A graduate of the Cincinnati Conservatory of Music and the Cleveland Institute of Music, Fleezanis previously served on the faculty of Boston Conservatory, the Juilliard School, the Shepherd School of Music, and the Music Academy of the West.

Animator and digital artist London Parker joins the visual arts division as artist-in-residence. Parker has ten years of professional experience as a graphic designer, artist, animator, and web designer. He is a graduate of the Academy of Art University where he won first prize in its 2016 spring show.

Screenwriter and playwright Oren Safdie will serve as artist-in-residence for the Creative Writing division. Safdie’s notable works include acclaimed plays Private Jokes, Public Places; The Last Word; and False Solution; as well as the screenplays for You Can Thank Me Later and Bittersweet. His writing has also appeared in Metropolis, Dwell, The New Republic, and the Times of Israel.

Instructor of English and Humanities Cassandra Anouthay comes to Interlochen from Benzie Central High School, where she taught English. A graduate of Aquinas College, Anouthay was a contributor to Sampler—Aquinas College’s annual student publication—and has had two of her poems published in Michigan’s Best Emerging Poets. She is also the recipient of an Academy of American Poets Prize.

After a 16-year hiatus, former Arts Academy faculty Lisa Dohm returns to Interlochen as an instructor of Spanish and psychology. A graduate of the University of Michigan and Central Michigan University, Dohm is a three-time winner of Northern Michigan College’s Imogene Wise Faculty Teaching Excellence Award and a two-time recipient of Interlochen Arts Academy’s Achievement Award.

Carla Gipson Van Farowe brings more than 25 years of experience to her role as instructor of biology and ecology. The founder of international education consultancy Beyond Brick and Mortar LLC, Gipson Van Farowe has worked with students and administrators in Hong Kong, Qatar, and Michigan. She is a team member and reviewer for the AdvancED Michigan State Council.

Instructor of Mathematics Laura Kokkila comes to Interlochen from Barrow, Alaska, where she was named the 2020-21 Teacher of the Year. A graduate of Metropolitan State University’s Urban Teaching Program, Kokkila has studied and taught in China, Hungary, and Thailand. She previously worked as an assistant for students with unique needs, helping them regulate their emotions, follow a schedule, and gain work and academic skills.

Selena Delgado joins the Academic & College Counseling department as the new Student Learning Specialist. Before Interlochen, she was in private-practice as an Early Interventionist, Behavioral, and Trauma-informed Developmental Specialist in New York City. Throughout her experiences, she became the founding Dean of Students at The Co-op School in Brooklyn, working with children of all ages and stages. Her work is rooted in advocacy for people with disabilities.

Read full biographies for all new faculty members at interlochen.org/directory/faculty. 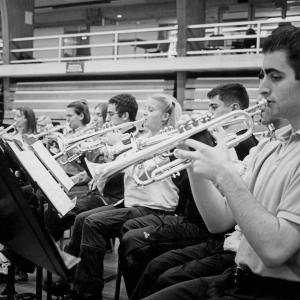 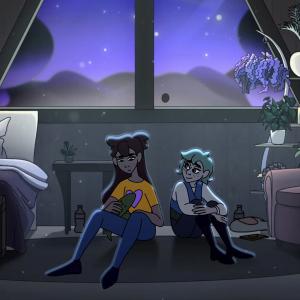 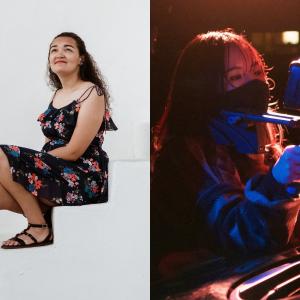 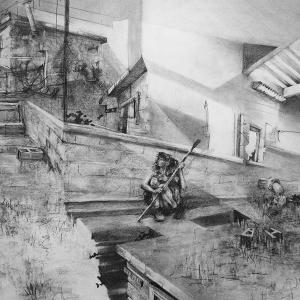