The beloved director of jazz studies retires this spring after transforming the lives of generations of students during his 34-year tenure, paving the way for a bright future for jazz at Interlochen. 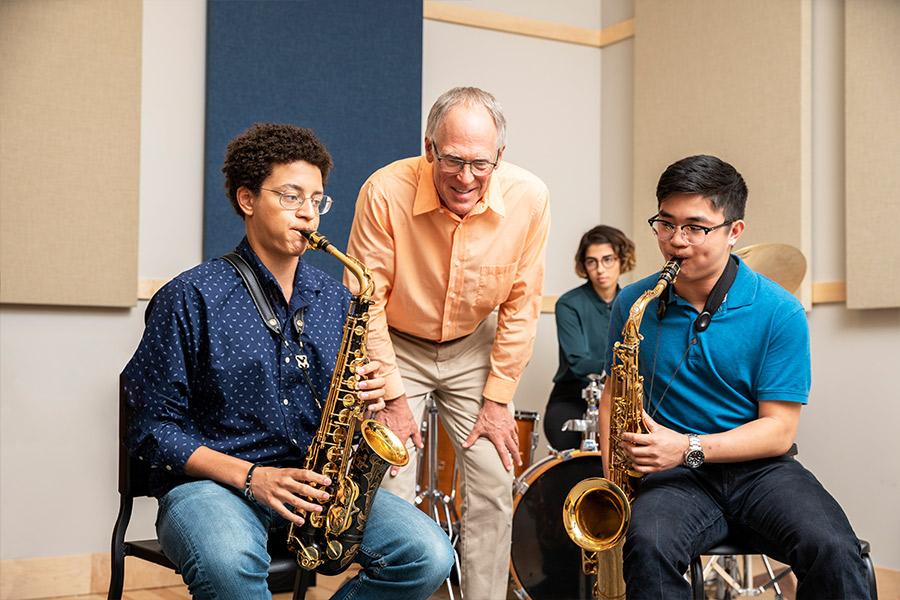 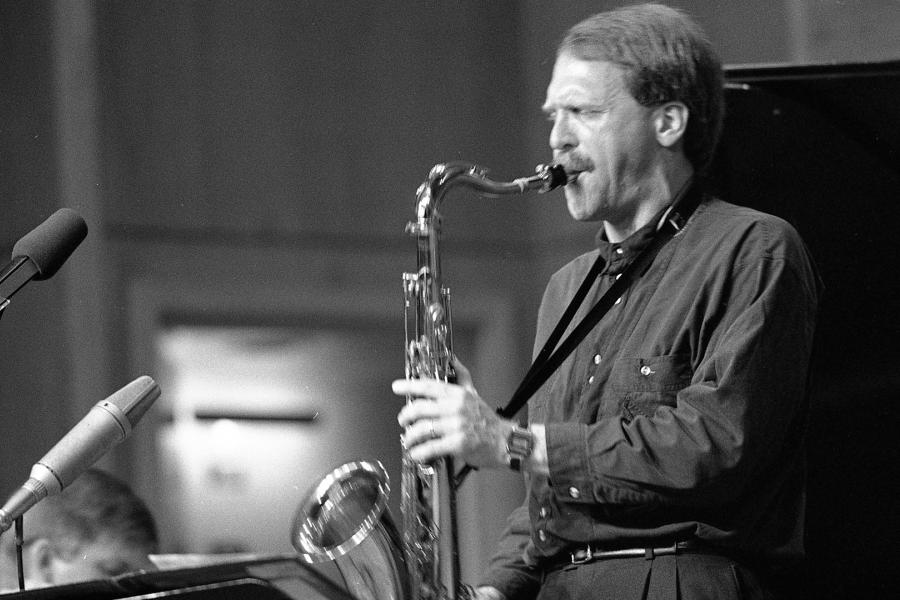 Sears performing in Dendrinos Chapel in 1991. 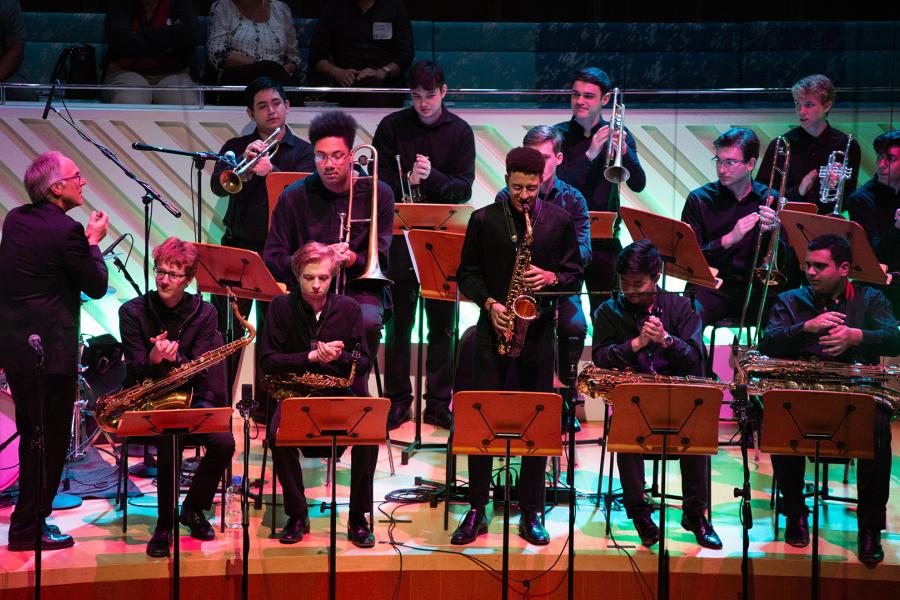 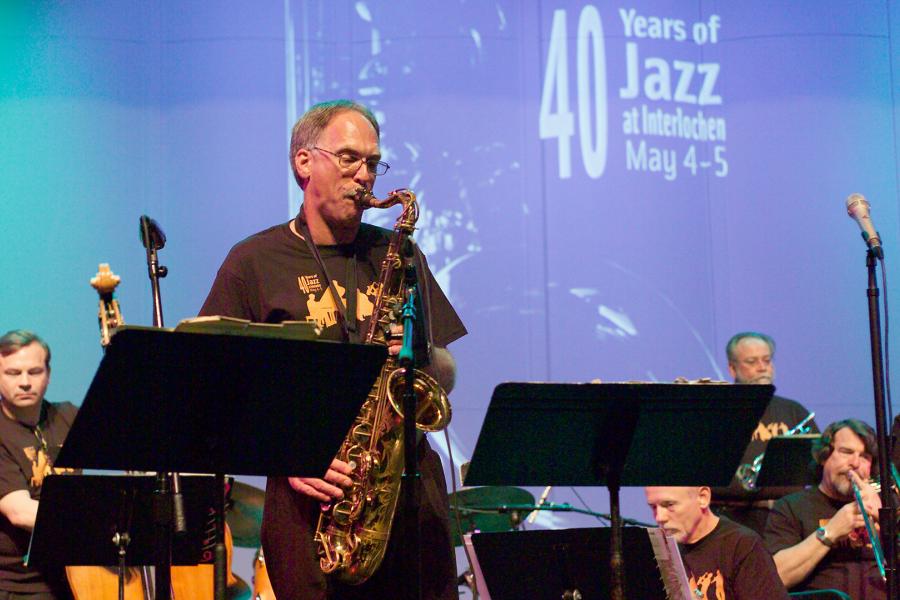 Sears performing on stage at Corson Auditorium during the 40th anniversary of Jazz at Interlochen in 2007. 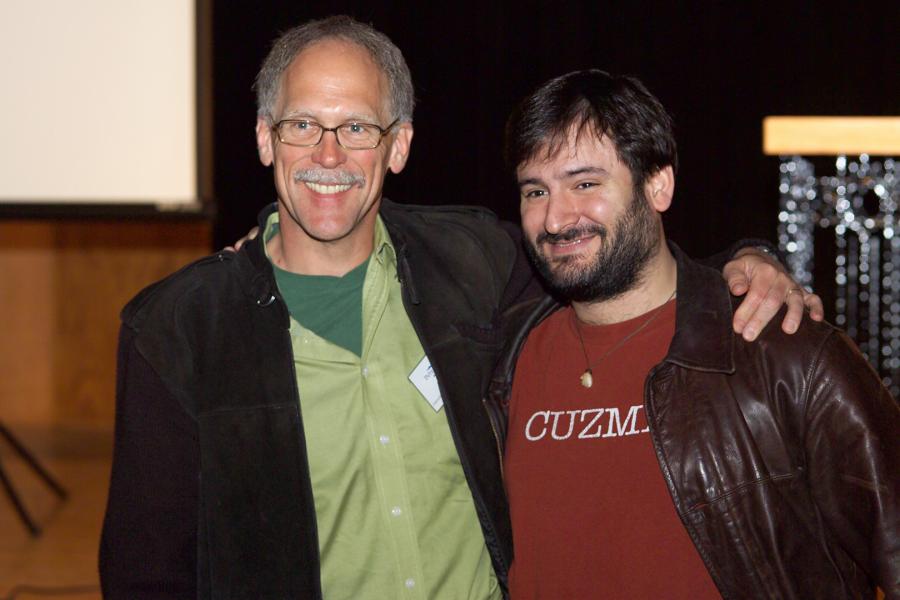 “He called me out of the blue to ask how I was doing—not just in class, but emotionally,” recalls Gulley, who was pleased to hear from the mentor he credits for his decision to pursue two undergraduate degrees: one in jazz and the other in Africana history. “Mr. Sears always told us that if we’re going to be practitioners of this art form, we need to appreciate its history and where it came from.”

Gulley’s close, formative connection with Sears epitomizes the experiences of hundreds of students of the celebrated jazz saxophonist and educator, who will retire this spring from his position of director of jazz studies at Interlochen Center for the Arts. Over the course of his 34-year tenure at Interlochen, Sears helped generations of Arts Academy and Camp students discover their passion for jazz and build their confidence as performers. Along the way, he created a robust home for jazz at Interlochen, paving the way for the program’s bright future.

Lessons in jazz and life for future generations

After earning his bachelor’s and master’s degrees from Indiana University, where he trained with the renowned jazz composer and performer David Baker and the classical saxophonist Eugene Rousseau, Sears toured and performed with some of the biggest names in jazz, including Ray Charles, Dizzy Gillespie, Nancy Wilson, and Joe Williams. He also appeared on recordings with top jazz groups from Chicago and Los Angeles.

As his jazz career took off, Sears wanted to share his passion for the art form with future generations. “People have to know about it,” Sears told IPR in Studio A. “I love to see the light switches go on in young people when I’m playing a recording from 1935 and they realize, wow, that’s really great music!”

When Sears began teaching at the Arts Academy in 1987, he built on the early success of the institution’s jazz classes and ensembles to develop a robust curriculum, with coursework on jazz history, improvisation, and fundamentals. He also expanded performance opportunities to include both big band and combo settings.

Sears has proudly watched as Interlochen students go on to successful careers across industries—and in jazz. Quincy Davis (IAA 93-95), for example, an assistant professor of drums at the University of North Texas, has been featured on numerous albums by notable jazz musicians including Benny Green, Aaron Diehl (IAC 99-00), and Tom Harrell. Matthew Brewer (IAA 98-01, IAC 93-00), a celebrated bass player who worked closely with Sears for three years, has performed at such New York City venues as the Jazz Gallery, Fat Cat, and the Tribeca Performing Arts Center. Jazz pianist Xavier Davis (IAA 85-89) has performed with jazz legends including Regina Carter, Wynton Marsalis, and the late Nat Adderley.

For Sears, career success takes a back seat to deeper takeaways. “I just want to make a difference in the lives of young people on a musical, and even more importantly, a personal level,” he says. “If I've helped students become better human beings, then I feel as if maybe I’ve made a nice contribution.”

A vibrant home for jazz

In large part thanks to Sears, the jazz studies program at Interlochen evolved into a destination for emerging jazz musicians, with alumni staying connected to the institution while leading major performance and teaching careers around the world.

“Bill Sears set us up well for the future,” says Interlochen Provost Camille Colatosti. “His students are ready for top jazz colleges, university programs, and for any field of study. Learning jazz improv with Bill Sears has prepared them to think on their feet for whatever life throws their way.”

A national search is underway for the next director of jazz studies at Interlochen. As for Sears, he plans to spend more time with his wife, kids, and three young grandchildren—and to continue to play jazz. “My career as a musician is not ending,” he says. “I look forward to performing and exploring the things that I haven’t had time to explore in music.”

Even as Sears prepares to leave Interlochen, his influence on generations of students will be felt for years to come.

Chris Cuzme (IAA 90-94) was just 13 when came to Interlochen from southern California to study with Sears. He became Sears’s first four-year student at the Arts Academy. “I love jazz,” Cuzme says. “When I got to Interlochen, I knew I was home.”

In their final lesson, Cuzme recalls, Sears invited Cuzme to play a melody. “Afterward, he took his horn and played that same melody back to me, but he put some heart and soul into what I had played,” Cuzme recalls. “And he said, ‘That’s a melody.’ That was so intense. He never expected us to play exactly what he played. He wanted me to play my melody. Even if it’s composed of elements of other peoples melodies, it’s still mine.”

It’s a lesson about finding his unique voice that Cuzme carries with him as a brewmaster in New York City, where he regularly plays his saxophone with other local jazz musicians.