The performance, featuring Interlochen Arts Academy students and members of the New York Philharmonic, will take place at David Geffen Hall in spring 2023. 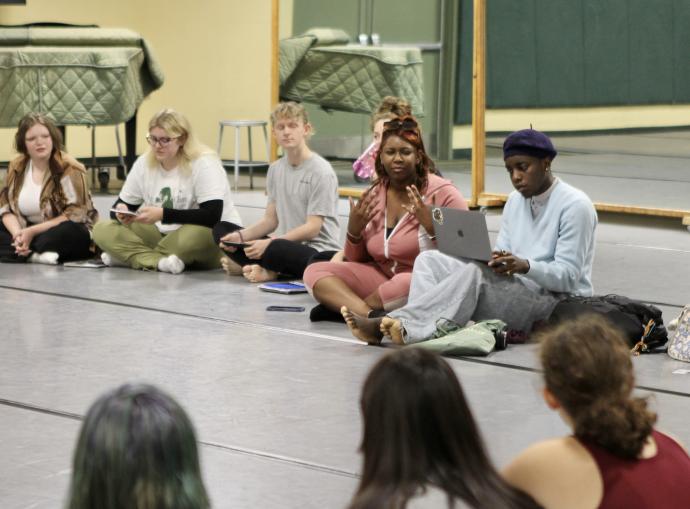 Students in the मुक्ति : MUKTI class at Interlochen Arts Academy prepare for the interdisciplinary performance.

At Interlochen Arts Academy, instructors challenge their students to become the next generation of creative changemakers—creating art that is bold, provocative, and makes a difference. In a new interdisciplinary performance, Interlochen students will showcase the culture-shaping power of art. Their work will celebrate the achievements of Black liberation movements while honoring the ongoing struggle for freedom and justice.

The performance is entitled “मुक्ति : MUKTI,” a name inspired by the Hindi word for liberation, freedom, or emancipation. On March 3, 2023, it will premiere at the $500 million newly-renovated David Geffen Hall at Lincoln Center in New York City. Interlochen Arts Academy will be among the first visiting institutions—and the first high school—to perform at the hall.

In preparation for New York, Dubash is co-teaching a special interdisciplinary class at Interlochen Arts Academy. Her students are collaborating and sharing their individual perspectives on what it means to be free.

“It's critical that we include every kind of voice—voices globally, voices nationally, voices within gender, race—all sorts of different populations and demographics,” says Dubash.

The program they devise will include dance, theatre, creative writing, visual arts, film, animation, and more. It will become the first half of the performance at David Geffen Hall in March 2023.

Fellow instructor John spoke warmly about the cadre of students who will be performing in New York next spring.

“They have brazen opinions, and that translates to good art,” says John. “Out of 570 kids on campus, we chose these 40 because they had opinions, had perspective, and were brave enough to take the opportunity.”

Interlochen and the New York Philharmonic

In the second half of the performance, Interlochen Arts Academy Orchestra conductor Dr. Leslie B. Dunner will conduct Interlochen music students in a side-by-side with members of the New York Philharmonic. The performance will feature works by living Black composers John Wineglass, Mary Watkins, Jonthan Bailey Holland, and Valerie Coleman.

“We have an opportunity to expose our audiences to a wealth of compositional talent, all from the same demographic background, but from different personal perspectives,” says Dunner.

We came to this land as hostages, and now we have moved to being empowered here as citizens.

Musical themes include the story of enslaved people in America and the poetry of Maya Angelou. 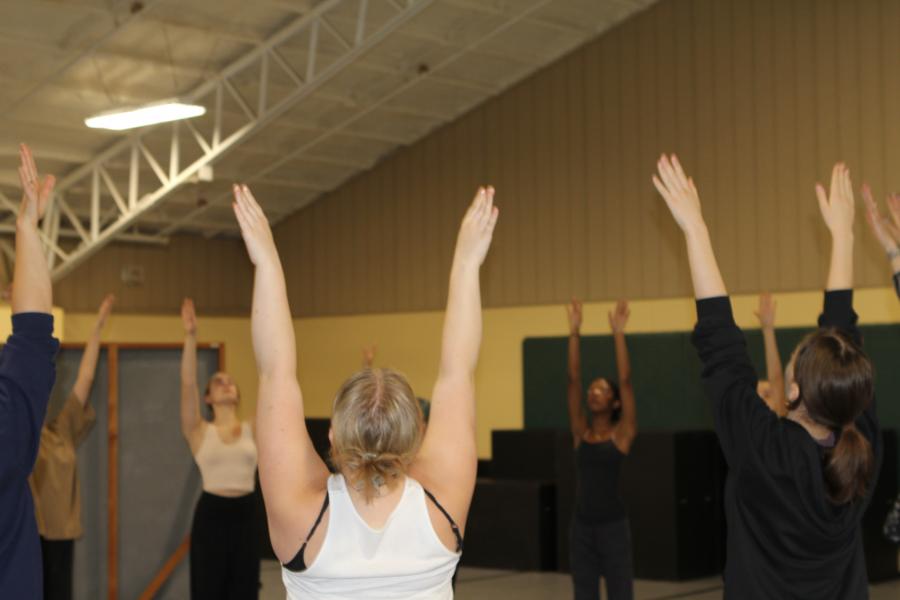 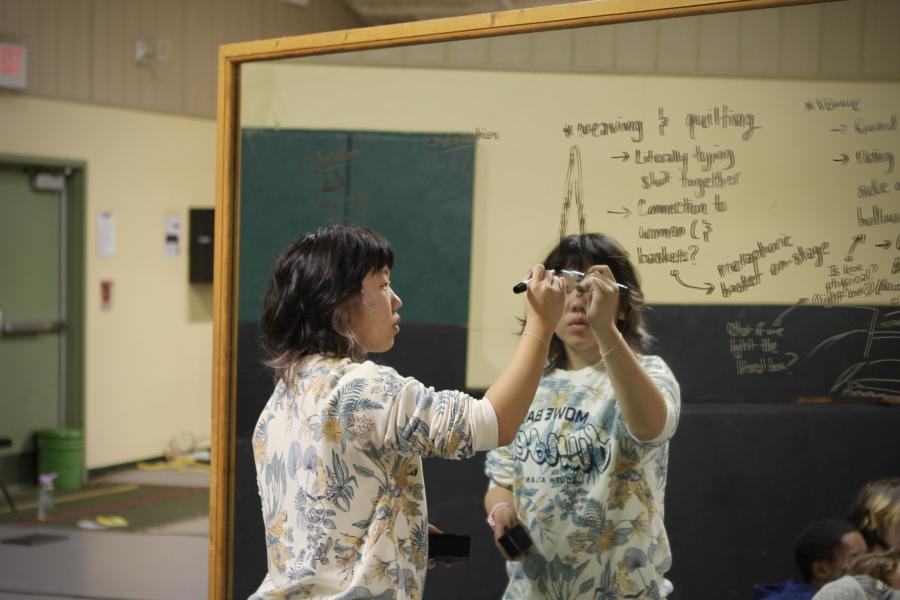 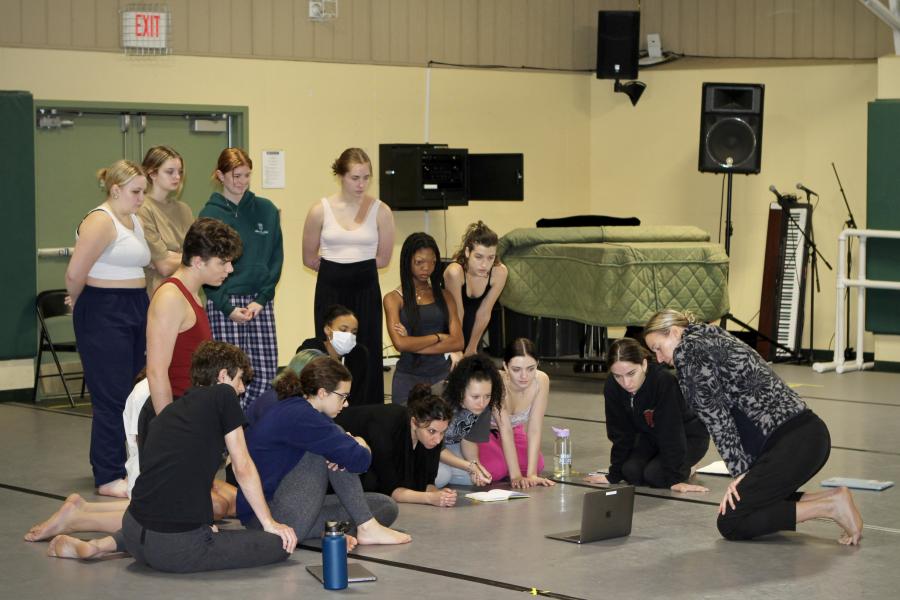 A program with an impact

The two halves of the performance are intended to work in conversation with each other, creating one cohesive interdisciplinary experience.

“Our hope is that what we present in the first half—with the dialogue, the music, and everything that's created by our students—will give the audience a different kind of experience in consuming the music of the second half,” says Kaiser-Sandler, who co-teaches the devised theatre class with Dubash and John.

In true Interlochen style, मुक्ति : MUKTI will be a vibrant celebration of multiple arts disciplines. But the performance also has a deeper purpose: it’s meant to reach the hearts and minds of the audience with its message of liberation for all.

“This cannot become simply a nice piece that we did. It needs to be a piece that actually ends up making an impact,” says Dubash.

The March performance in New York will showcase the talent and passion of Arts Academy students, as well as the generosity of supporters who make life-changing artistic opportunities possible for Interlochen students.

“If you want to see art that can make a difference and change people’s perspectives, then support this project,” says John. “Buy a ticket and tell everyone about it. Let's fill the house.” 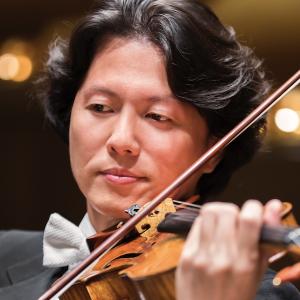 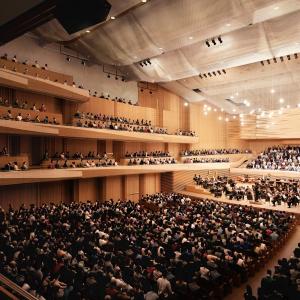 From the Desk of Trey Devey: Transformation and Possibilities