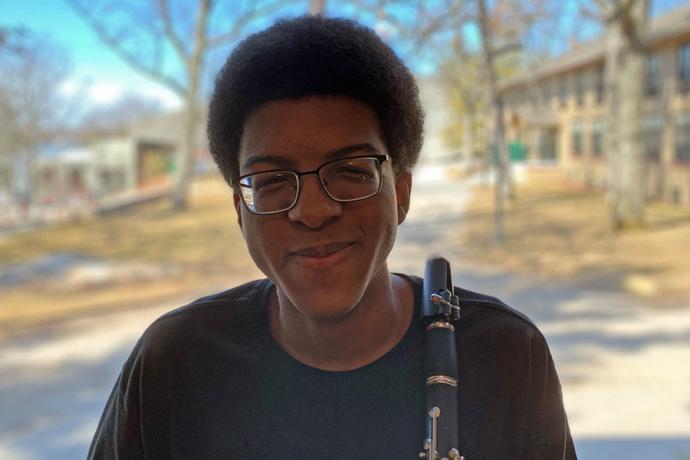 Clarinetist Najee Greenlee, a recent Interlochen Arts Academy graduate from Flint, Michigan, will be featured on the Juneteenth special of NPR’s classical music program, From the Top. The episode will air the week of June 14 and will also be available to stream on demand on From the Top’s website.

The Juneteenth-themed episode will feature young Black musicians from across the country and will highlight music by Black composers including Florence Price, Samuel Coleridge-Taylor, Sam Cooke, and Ebun Oguntola, an emerging 15-year-old composer. Grammy Award-winning musician Kevin Olusola of the a capella group Pentatonix will serve as guest co-host.

In addition to his appearance on the show, Greenlee received From the Top’s Jack Kent Cooke Young Artist Award, a $10,000 prize awarded to promising young artists to help offset the costs of studying classical music at a high level. Each year, From the Top chooses approximately 20 exceptional pre-collegiate musicians ages 8-18 to receive the award. Greenlee is the fourth Interlochen Arts Academy student to receive the award this year, joining cellist Maximus Gurath, oboist Elizabeth Perez-Hickman, and guitarist Daniela Santiago Martinez.