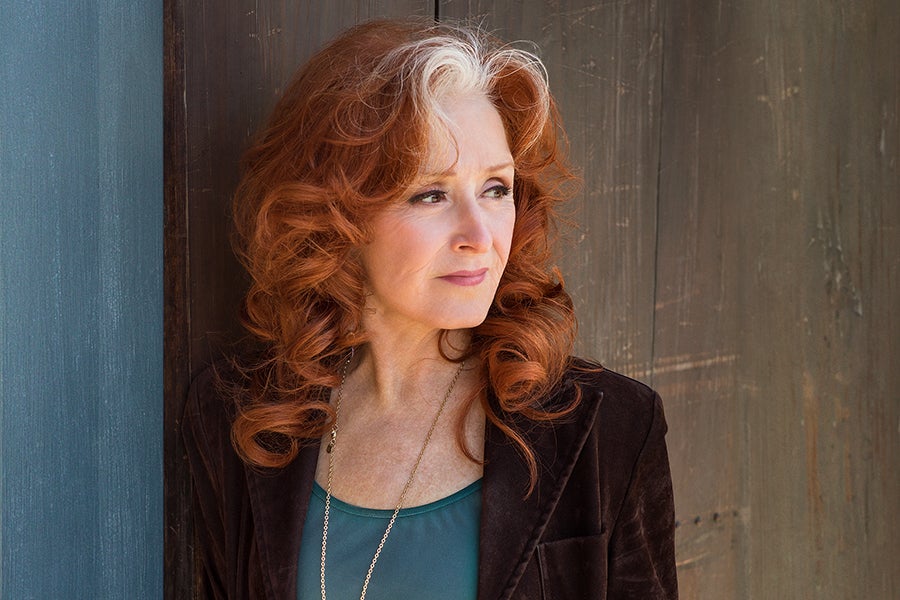 Appropriate for: Must be 3 to enter
Kresge Auditorium

Hailed by Rolling Stone as one of the "100 Greatest Singers of All Time" and also "100 Greatest Guitarists of All Time," Bonnie Raitt has cemented her place as one of the most celebrated artists in American musical history. The ten-time Grammy Award winner topped the charts in the early 90s with classic hits like "Something To Talk About" and "I Can't Make You Love Me" and was inducted into the Rock & Roll Hall of Fame in 2000. More than five decades after her debut, Raitt continues to enthrall audiences with her signature blend of blues, R&B, rock, and pop, and ovation-worthy performances.

Raitt’s longtime friend and collaborator, folk/blues singer and guitarist Chris Smither, will open the performance. Praised by the Associated Press as “one of the absolute best singer-songwriters in the world,” Smither has charmed audiences and fellow artists alike with his signature guitar style, poetic yet unpretentious lyrics, and timeless hits like “What They Say,” “No Love Today,” and “Outside In.”