For many families, summers at Interlochen evolve into a cherished tradition passed down from one generation to the next. 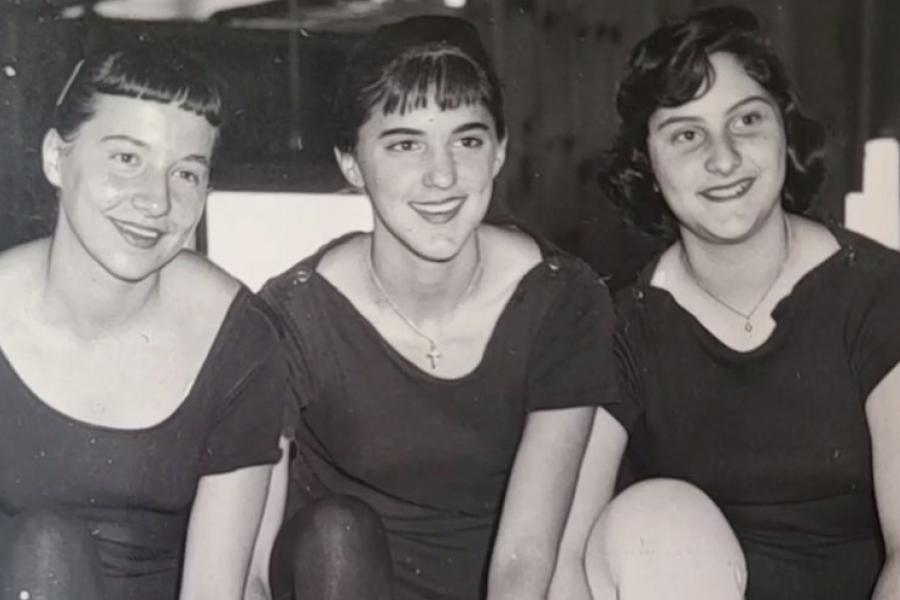 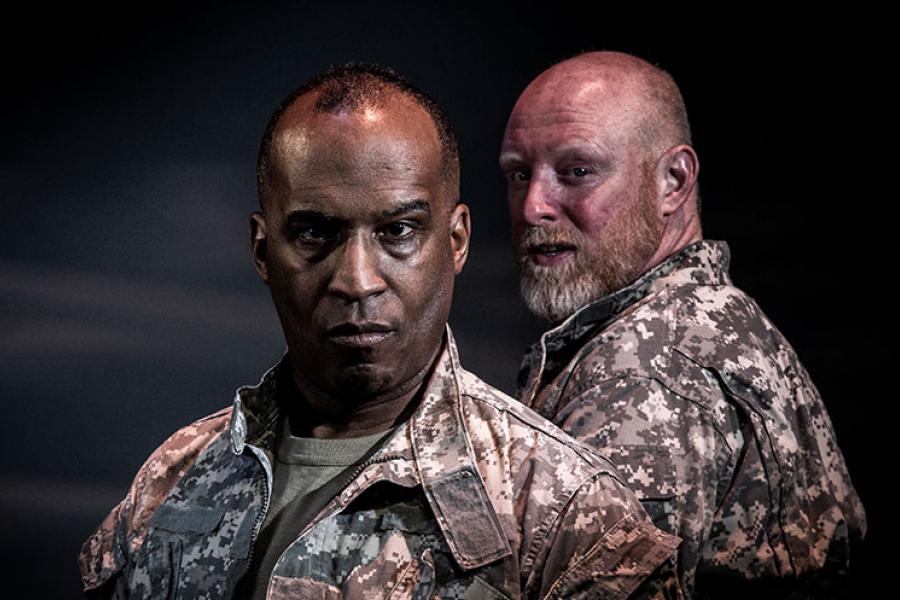 Phil Wallace (left) with Instructor of Theatre Andrew McGinn (right) in a promotional photo for the Interlochen Shakespeare Festival's 2020 production of Othello. 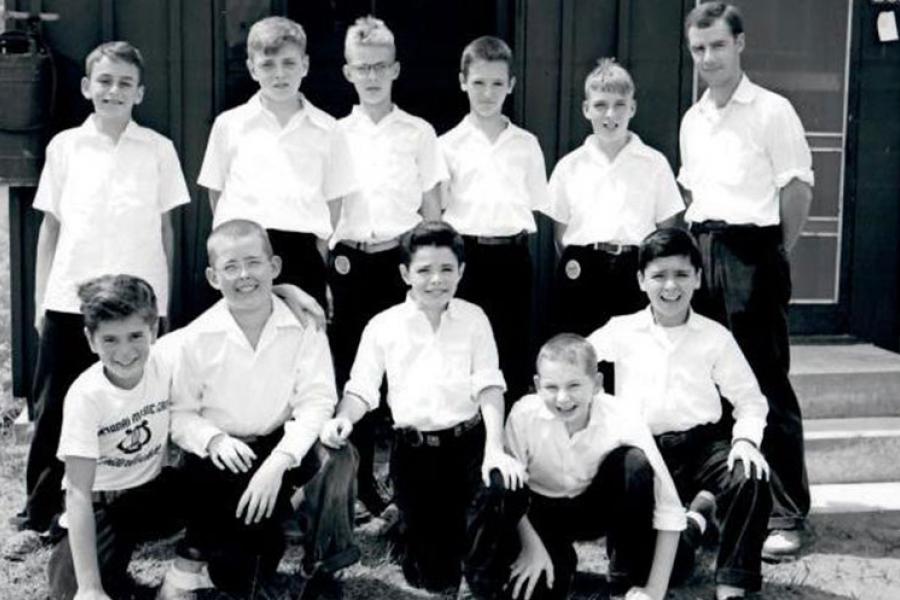 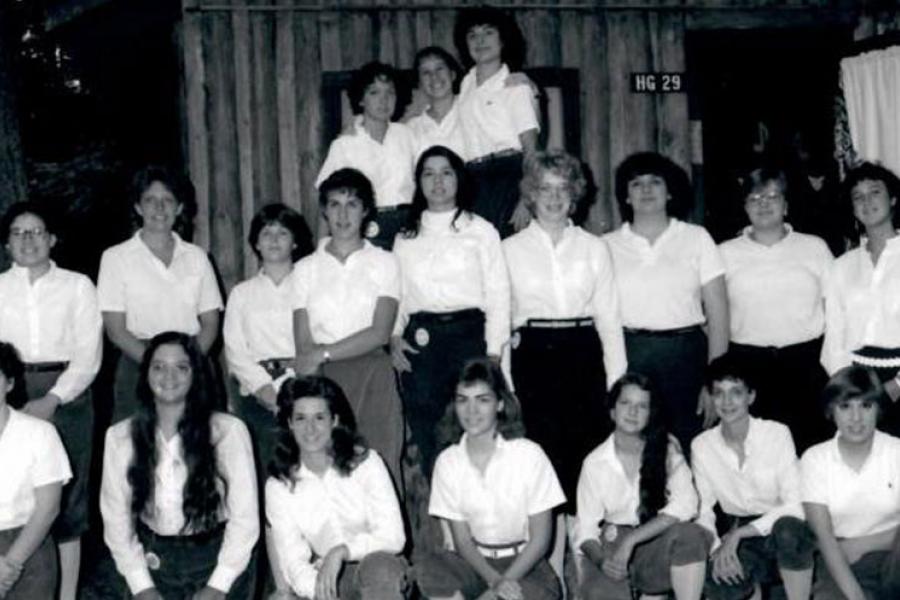 Grace Festersen took a leap of faith in 1949 that started a 70-year-and-counting family tradition.

In search of musical opportunities for her talented young son, Paul, she sent him from their hometown of Omaha, Nebraska, to Interlochen’s National Music Camp (the precursor to Interlochen Arts Camp). Paul’s formative experience studying flute at Camp in 1949 and 1952 changed his life—and ultimately led his children and grandchildren to Interlochen too: Over the course of 71 years, 11 members of the Festersen family attended Interlochen Arts Camp for a total of 34 summers.

“I remember my dad talking about the transformative impact of Interlochen,” Anneliese Festersen Crawford (IAC 84, IAC Staff 86-89), Paul’s daughter, recalled. Paul went on to a successful career in law, but musical performance was always part of his life: he performed, recorded albums, and even toured in Europe.

When Annaliese Festersen became an Interlochen camper herself and performed in Les Préludes, the traditional final Arts Camp concert, she savored a deep sense of kinship. “I was in the flute section, where my dad had played when he was a kid, and I could look across and see my brother tucked in that little alcove of the Bowl, playing timpani. And I could see my little sister down front with the junior girls. My parents were in the audience along with all my other camp friends, and I could hear the dancers above me. I just felt this connection with the whole Interlochen family.”

Interlochen made such an impression on Anneliese that she worked at Camp every summer during her college years and then shared the experience with all three of her kids. Even though her father died before her children were born, “they got a sense of him through Interlochen” she said. “I’d point out the cabin where their grandpa slept, where he ate, where he would have walked and practiced his flute.”

The Festersens are among many Camp families who pass the Interlochen experience down from one generation to the next. “‘Interlochen changed my life’ is a refrain we hear often from Camp alumni,” said Ian Jones, director of engagement at Interlochen Center for the Arts. “It’s only natural that alumni want their children and grandchildren to benefit from the life-changing experience they know is possible at Interlochen.”

Phil Darius Wallace (AS 84, IAA 84-86, IAC 85-86) credits Interlochen for preparing him to become a professional actor. The versatile performer, whose film credits include Nothing But The Truth and ABC's Nashville, first studied Shakespearean theatre at Interlochen Arts Academy. (Serendipitously, when Wallace auditioned for Interlochen Arts Camp, he performed a monologue from Othello, a role he was scheduled to play as part of the 2020 Interlochen Shakespeare Festival before the event was canceled due to the COVID-19 pandemic.)

“To this day, I still dream about going to Interlochen,” Wallace said. His daughter, Dara, grew up hearing her father reminisce about hanging out at the Melody Freeze and climbing Sleeping Bear Dunes. She could hardly wait to experience Interlochen herself. “It’s really special when my dad tells me stories about Interlochen, and now I’m following in his footsteps,” she said. Dara attended Camp in 2019 and will start at Interlochen Arts Academy next year as a musical theatre major.

Few families—if any—have deeper Interlochen roots than the Filip family. Hypolit Kamil (“HK”) and Sophia Beatrice Filip moved to the town of Interlochen from Chicago in 1905 and opened a small tavern in the building that now houses the Hofbrau restaurant. When Joseph Maddy and Thaddeus Giddings founded the National Music Camp in 1928, the Filip Tavern became a favorite dining spot for Camp faculty and staff.

In 1930, the Filips sent their teenage son, HK Jr., to Camp. Like so many who attend Interlochen, HK Jr. saw his life take a dramatic turn after just one summer: he won a trumpet scholarship to attend Carleton College in Minnesota.

“I know for a fact that my father would not have been able to go to Carleton College if it weren’t for Interlochen,” said Don Filip (IAC/NMC 51-54), who followed his father to Camp with his sister, Patricia Hindley (IAC/NMC 51-54), 20 years after HK Jr.’s pivotal summer. After medical school at the University of Michigan and a long and successful career in medicine, HK Jr. raised a family and purchased land on Green Lake near Interlochen that allowed the family to reconnect every summer with one another and their Interlochen roots.

HK Jr.’s granddaughter Ashley Hoffman attended Interlochen Arts Camp in 1995, followed 21 years later by his great granddaughter, Elyse Waljee (IAC 16-19). “Life is so different now than it was for my grandfather, but our Interlochen experience bonds us together,” Hoffman said. “It connected me to my dad and now it connects me with my niece too.”

Paving the way for future generations

After Gillian Martin Sorensen (IAC 54-55, 58) pursued her love of dance at Interlochen Arts Camp, two generations followed her lead. “Dance is the experience that ties us together, and Interlochen connects us all through dance,” Sorensen recalled. She took pleasure in seeing her daughter Juliet (IAC 84-87) immerse herself in dance at Interlochen. “It was such a joy to see her rush up to meet her cabin mates and stand in line at the Melody Freeze.” Twenty years later, Sorensen’s granddaughter Sophie (IAC 14-19) eagerly showed her grandma around campus.

“Interlochen gave us all a sense of confidence in movement, grace, and strength,” said Gillian. “And it was life-changing to be in a summer community where the focus every day was on music, dance, and theater. I loved every minute of it.”

Gillian especially cherishes her memory of doing exercises at the barre of Interlochen’s Hildegarde Lewis Dance Building while looking out the window at Green Lake. It was an experience that she wanted future generations of dancers to have, which inspired her to make a leadership gift to Interlochen’s new Dance Center, a state-of-the-art facility that offers the same beautiful view.

Like Gillian, the Festersen family sought to help other campers have the same kind of life-changing experiences at Interlochen that they hold dear. When Grace Festersen passed away in 1989, her family established a scholarship in her honor. Anneliese has continued her family’s philanthropic legacy by making additional gifts to their scholarship, expanding the opportunities for junior campers.

Interlochen Arts Camp inspired “a feeling of being something greater than yourself,” Anneliese recalled. “You feel like you’re making the world better and sharing our common humanity through the arts. I wish that every child could have that kind of insight and experience.”