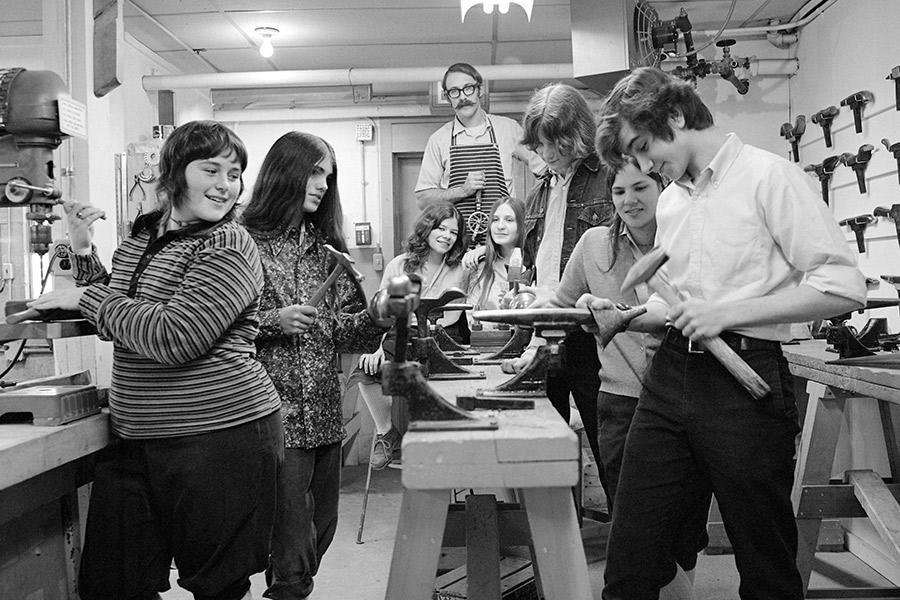 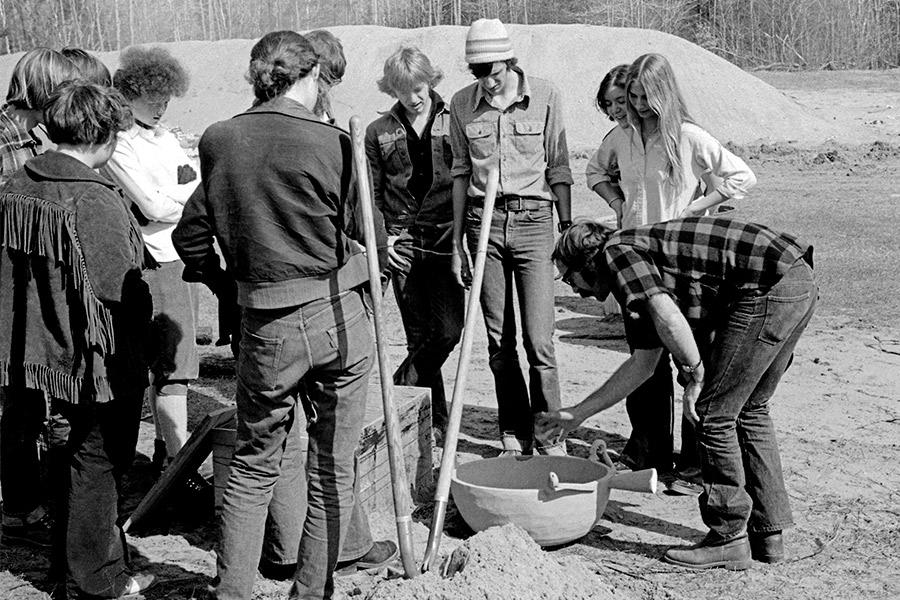 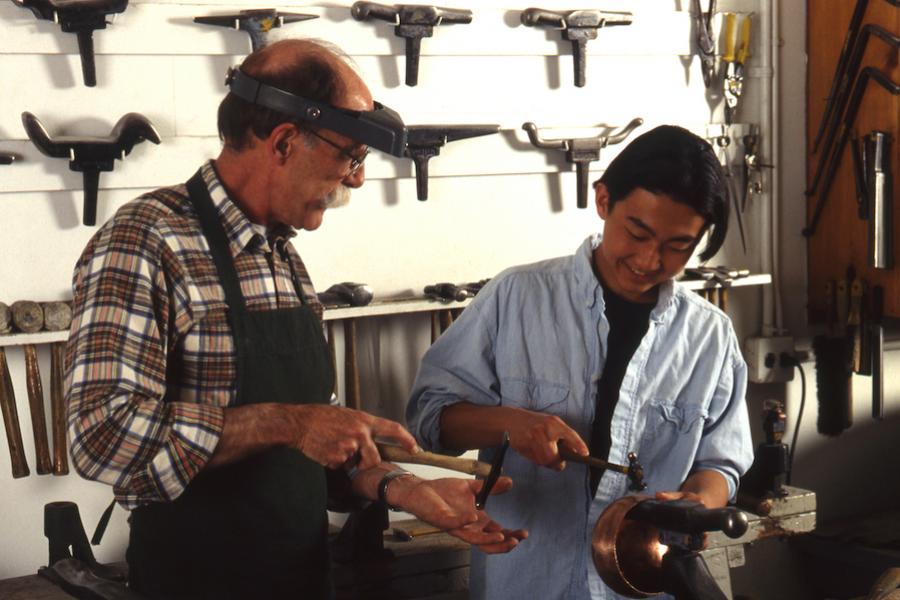 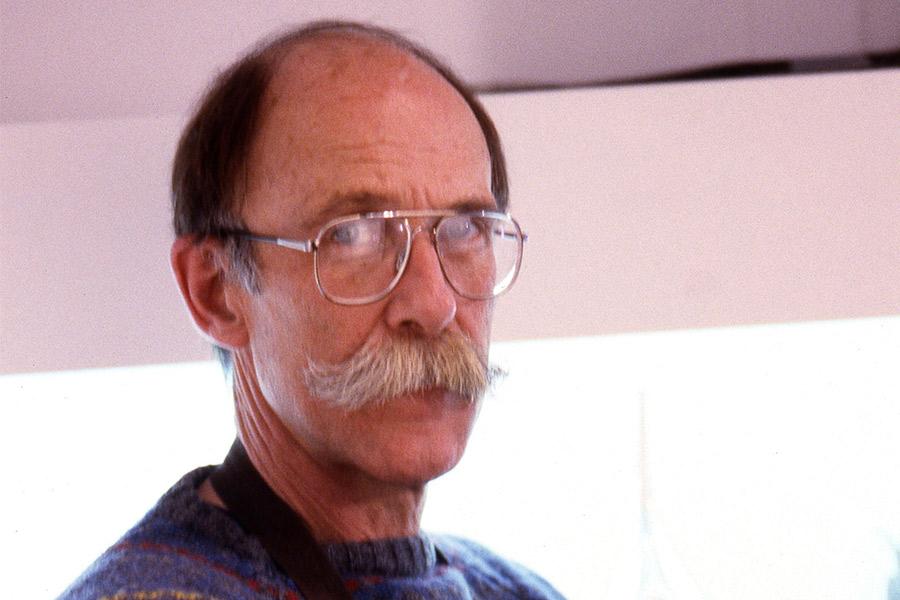 Update: A memorial service celebrating the life of John Church will be held in Kresge Auditorium on Saturday, June 12 at 3 p.m. ET. The service will be streamed live via Zoom.

The Interlochen Center for the Arts community mourns the passing of longtime visual arts instructor John Church, who died on May 4 in Traverse City. A creative force, dedicated teacher, and dear friend to many Interochen faculty, staff, and alumni, Church served as an instructor of metalsmithing at Interlochen Arts Academy from 1970 to 2000. He also taught jewelry making and drawing.

Born and raised in Midland, Mich., Church attended Michigan Tech for two years and then transferred to Western Michigan University, where he studied under his art mentor, Bob Engstrom. Following a stint in the army, Church received an MFA in metalsmithing from the Cranbrook Academy of Art. Not long after, in 1970, Interlochen visual arts chair Jean Parsons hired Church to join the Academy’s Visual Arts department.

Church’s unique personality, genius understanding of his craft, and genuine fondness for his students allowed him to forge powerful relationships with them. Many alumni fondly remember an Earth Day event in 1975 when Church led a large group of students and faculty in the collection and melting of aluminum cans into a twenty-inch-diameter large bowl. The recycled bowl was used as a bird bath on campus for many years.

In his spare time, Church made jewelry such as wedding rings for his many friends, including several alumni and trustees. He also renovated a schoolhouse that had been built in 1888 in Bendon, just four miles from Interlochen. At the time, many people from Interlochen attended school there or knew someone who did years ago.

In a 1990 Interlochen newsletter, Church described the pleasure he took in seeing his students develop their potential. “It’s fascinating to feed kids the mechanics, a little aesthetics, and the basics, and then watch them go,” Church said. “They start with a flat, tarnished, dirty old piece of metal and when they are done they have a sparkling, glorious, dignified piece of holloware.”

Church also recalled his unusual first exposure to Interlochen. ”I was working for Peter Simon, a landscape lighting/electrical contractor, when he and Interlochen architect Alden Dow decided lights were needed. So using a pick and shovel, I built the lights on the main campus. It must have been around ‘64 and I sure had no idea I would end up here.”