Interlochen will consult with its Board of Trustees and members of the Interlochen and broader Green Lake Township community to re-envision the property’s use. 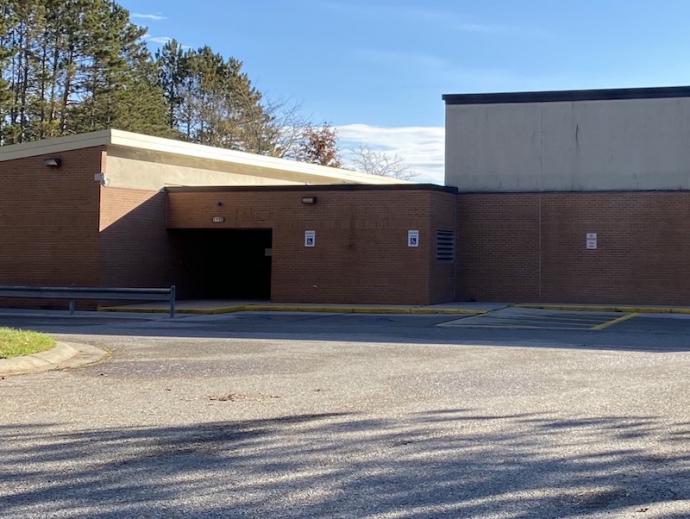 “We are committed to enriching the greater Traverse City area with cultural and educational programming, and also deeply engaged in supporting the safety and economic vitality of Green Lake Township,” said Interlochen Center for the Arts President Trey Devey. “In resuming ownership of the property, our goal is to restore a community asset so that it serves the community’s benefit.”

For 65 years, ICS served as a center of community life in Green Lake Township. Since TCAPS closed the school over five years ago, the 45,000-square-foot building has been left mostly vacant. The school sits on land Interlochen granted to TCAPS’s predecessor, Green Lake School District No. 5, in 1950, with the stipulation that possession of the property was contingent upon its use for “public school purposes.” Since 2016 use of the building has dwindled. Home-schooling initiatives took place there intermittently from 2016-19, only a few hours per week, and then ceased altogether.

Last fall, Interlochen convened an advisory council of local civic and business leaders to discuss ideas for the facility’s use that would benefit the community. Some initiatives under consideration include a much-needed day care to serve local families, after-school extracurricular arts programs for Traverse City-area children, joint programming with the Interlochen Public Library, and arts classes for adults through Interlochen College of Creative Arts. The public is welcome to send suggestions to ics@interlochen.org.

In October 2020, Interlochen initiated legal proceedings to trigger the reverter clause of its deed so as to resume ownership of the ICS property. On August 27, 2021, the Honorable Kevin A. Elsenheimer of the Grand Traverse County Circuit Court returned ICS to Interlochen Center for the Arts. He wrote in his decision that ”…public school purposes requires Property use that directly benefits and enhances public school students and/or a public school district. TCAPS closed Interlochen Community School, a public elementary, at the end of the 2015-16 academic year and beginning in 2017, the Property was utilized by Northern Michigan Partnership, a non-public home school association. The closure of the public elementary and subsequent use by a non-public school entity amounted to cessation of use ‘for public school purposes.’”

Interlochen offered TCAPS the option to lease back the property for $1/month (plus utilities) so as not to disrupt any of TCAPS’s plans to use the facility this year for public education purposes. TCAPS declined this offer, and there are no plans to host public school programming there this year. (TCAPS has until September 17 to file an appeal.)

Interlochen’s investment in the surrounding community builds on its growing engagement with the broader Traverse City area. Recent initiatives include a popular summer day camp program for students in Antrim, Benzie, Grand Traverse, Leelanau, Manistee, and Wexford counties at greatly reduced tuition; free performances and education guides for local students; a new partnership with Parallel 45 Theatre; and more. Interlochen also co-funds the position of a community police officer to help keep Green Lake Township safe, and donates 50 percent of the farm-fresh organic produce harvested on the Interlochen campus to the local food pantry at Redeemer Lutheran Church of Interlochen.