A lifelong artist, Jones joins Interlochen Center for the Arts to oversee institutional outreach and involvement. 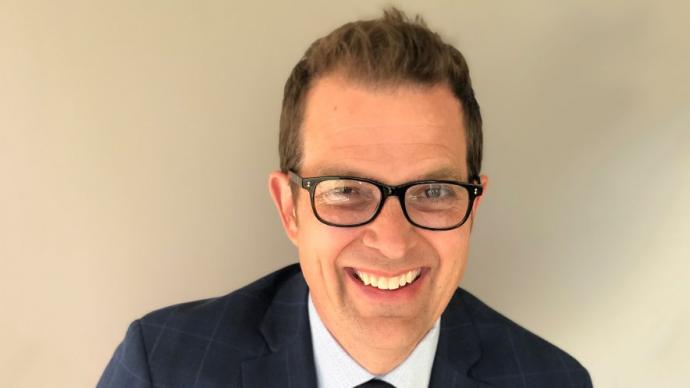 After a robust search, Ian Nelson Jones has been named Director of Engagement at Interlochen Center for the Arts.

Jones will be responsible for leading the institution's holistic engagement strategy, which includes cultivating meaningful relationships with institutional stakeholders (alumni, parents, and the community at large) and increasing support for student recruitment efforts.

“After a career proving that a theatre kid can do just about anything, I am thrilled to be returning to my roots in the arts,” said Jones. “I am honored to be part of such a passionate and professional team at Interlochen who are wholly dedicated to empowerment through the arts and arts education.”

Jones comes to Interlochen Center for the Arts from Munson Healthcare, where he served as System Director of Marketing and led marketing strategy and brand management for the northern Michigan health system. There he was recognized for his work on the development and execution of a set of complex communication plans supporting the integration of five hospitals into the health system over four years. He led the organization's digital strategy, including the launch of a new, fully-integrated website and development of an Advocacy Action Network, designed to keep the community actively engaged in supporting strong and sustainable local health care.

Prior to Munson, Jones served as Director of Communications and Corporate Relations, Associate Director of Operations, and in various other roles for Davenport University’s northern Michigan operations. His restructuring of operations in admissions, advising, and marketing sparked a 55 percent increase in lead activity across five campuses and a 41 percent increase in new student start rates. In addition to his administrative roles, he spent four years in the classroom as an adjunct faculty member in computer networking.

Jones holds a Bachelor of Arts degree in Dramatic Art from the University of North Carolina at Chapel Hill along with certification from the American Management Association.

Those interested in meeting Jones in person are encouraged to attend to stop by the Engagement team outpost in Apollo Hall during the Camp season.