The Ghosts of Interlochen

As the leaves turn, so does the grave, apparently... 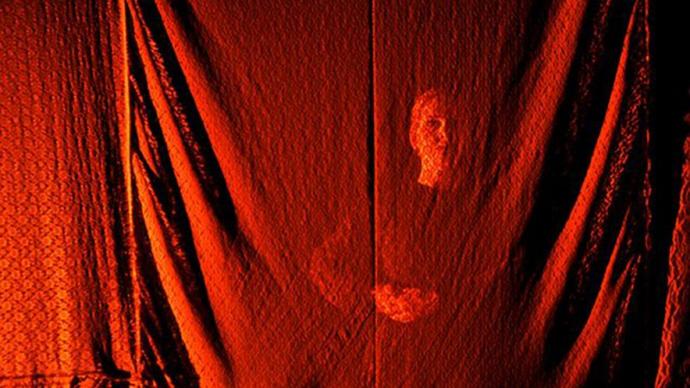 Interlochen Center for the Arts is certainly no stranger to the wispy apparition!

In fact, J Berry, Interlochen's keeper of the schedule for anything and everything, has been regailing the students and staff with her tales for some time now. As it is the one month of the year wherein everyone enjoys a good fright, we hand the keyboard over to her for a few of her favorite tales (please note - to further the creepy factor - that there are more ghostly tales than these!). Sit back, turn the lights on, and enjoy!

"Let me emphasize before I begin this tale that no one has ever died in Corson," says Berry. "Many summers ago, my friend and I were watching one of the stage crew hang lights. It was late at night and we were waiting for him to finish so he could take us to the beach. Out of nowhere he said, 'I’m hanging lights and I’ll be done in a little while.' We looked at each other and said to him 'We know what you’re doing.' He said 'I wasn’t talking to you, I was talking to Margaret.' 'Who’s Margaret?'  'The Corson ghost," was his reply.  'Who?' 'The Corson ghost - a woman’s voice talks to us and we’ve named her Margaret.' Of course we got up and left - who wants to drive to the beach with someone who’s talking to himself?! Flash forward to the spring of 1993 - it’s the end of my first year working at Interlochen Arts Academy and it’s late at night after Honors Convocation. I’m looking backstage for an Eb clarinet and getting a little frustrated. I keep hearing noises and think it’s my co-workers returning from the Honors Convocation reception. At one point I hear a door opening and turn to say hi, only to find there’s no one there. I’m beginning to say unkind things to my friends thinking they’re playing around, when all of the sudden I hear, right by my right ear, a woman’s voice say 'what are you doing?'  I turn, see no one, and decide perhaps I need a little sleep. I go to turn toward the door and I hear, right by my right ear, again, a woman’s voice say 'What are you doing?'  And I think 'oh my god, it’s the Corson ghost!' I say 'I’m looking for an Eb clarinet and then I’m leaving.'  I turn with every intention of running from the building, and trip over the Eb flat clarinet, lying right in the middle of the floor. We don’t know who she is, she doesn’t make her presence known very often, but she is always helpful..."

"Again, no one has ever died on the tennis courts, so, who knows who this is?" Berry begins again. "At night after taps, counselors in all the divisions 'rove.' Roving is done to check on cabins whose counselors have a night out, to generally make sure the division is quiet and to make sure no one who is not supposed to be there is around. Sometimes you see people out for a walk, sometimes people are just heading back to their own cabins. And sometimes you see someone just standing around, so you say 'Excuse me, it’s after taps, you can’t be here.' The person doesn’t respond, so you move closer (after all, you don’t want to shout since it’s after taps!). The person still doesn’t respond, so you move closer. At that point the counselor realizes that the person isn’t so much on the tennis courts as they are hovering over the tennis courts, and then they’re just not there anymore. I like to think it’s a former counselor, keeping watch and roving."

"Before the Chapel and Corson were built, summer faculty recitals took place on the Kresge stage. The summer of 1956 was no different and on a warm July evening the last piece on a faculty recital was a Brahms String Quartet. On this particular date, however, tragedy struck between the third and fourth movement, when the second violinist, a man named Ottokar Cadek, very unfortunately, had a heart attack and collapsed and died. What makes this really creepy? If you look at that program, the program manager had left the last movement off the printed program….so let that be a lesson to you music majors - always proofread your programs! Ottokar lets his presence be known if stage crew is working too quickly. He makes the lights flicker and we always slow down!"

"Of course our most famous ghost is the founder himself, Joe Maddy. One would assume someone who made such an investment in a place would stick around to see how it’s turning out. There’s a big picture of a Les Preludes picture taken sometime in the 50’s that currently hangs in the Concourse by Bonisteel. It used to hang in the lobby of the Maddy Building. One of my first years here when I had an office in the Maddy Building I was leaving around 11:00 p.m. and stopped to look at it. I have many fond memories of playing in Les Preludes (one year singing, three years playing) and love to look at it. I realized as I was standing there that standing next to me looking at the picture...was Joe Maddy. When I turned, he was gone. I mentioned it to a friend who also had an office in the building and he told me he’d seen it too. 'Oh, yeah, he stands there all the time—really freaks some people out!'”