As DSO musicians look forward to mentoring Interlochen students this summer, alumni among them recall their own formative Arts Camp experiences. 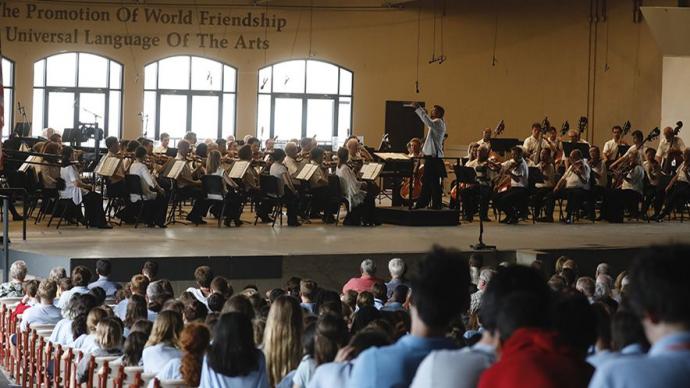 The Detroit Symphony Orchestra's association with Interlochen dates back to 1926. The relationship flourished over the decades with numerous summer performances and master classes by the DSO on the campus of Interlochen Center for the Arts.

This July 30-31, musicians from the acclaimed Detroit Symphony Orchestra will lead master classes for Interlochen Arts Camp intermediate and high school campers in each orchestral instrument for the third consecutive summer. Students enrolled in Interlochen Online summer sessions will also be invited to observe the classes.

Known for trailblazing performances and collaborations with the world’s foremost musical artists, the DSO was the first orchestra in the world to present a radio broadcast and continues today with its Live from Orchestra Hall webcast series, among many other innovative offerings.

The DSO’s association with Interlochen dates back to 1926, when Detroit's Orchestra Hall hosted the National High School Honors Orchestra, the ensemble that evolved two years later into the founding orchestra of Interlochen Arts Camp. The relationship flourished over the decades with numerous summer performances and master classes by the DSO on the campus of Interlochen Center for the Arts. Last summer, as part of the launch of Interlochen Online, DSO musicians led master classes and created custom chamber music recordings for Interlochen students.

Today, 21 members of the DSO are alumni of Interlochen Arts Camp or Interlochen Arts Academy. “Last time I was on campus with the DSO, I thought about my time as a camper and seeing great musicians like Itzhak Perlman and Norah Jones, and just being so inspired by them,” recalls DSO cellist Jeremy Crosmer (IAC 03). “Working with campers is always a really fun experience for me because I can finally give back everything that I gained.” 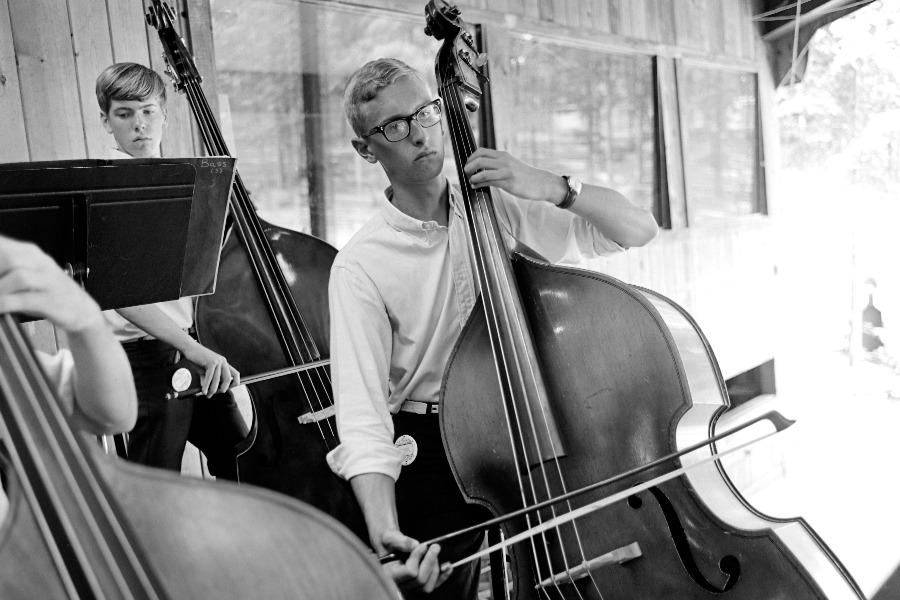 A bassist in the DSO since 1974, Linton Bodwin (AS 67-69, UNIV 70, FAC 72) spent several summers as a teenager studying music at Interlochen and working at the music library. He also participated in a program run in collaboration with the University of Michigan that granted college credit for Interlochen classes.

How Interlochen changed my life
I met many different people at Interlochen that I wouldn’t have been exposed to otherwise, not only from other cities and states but also from other countries, ethnicities, and religious backgrounds. We were all united there under a common umbrella—that was a really important broadening experience.

My only regret is that I couldn't spend more time at Interlochen because the experience there gives you a better sense of your potential. For some people, realizing that is enough to give them the extra edge they need to go on to a career in the arts. For others it’s more about discovering the arts—because it’s not an either-or, judgmental type of summer program. The competition I experienced was friendly, but also necessary for growth and improvement.

Memorable Interlochen moment
The first professional orchestra that I saw at Interlochen was the Detroit Symphony Orchestra, probably back in 1971 or 72. I still remember that concert and thought at the time that I would really like to audition for that orchestra. Well, as it turned out, being there that day and studying music at Interlochen helped me achieve that goal! 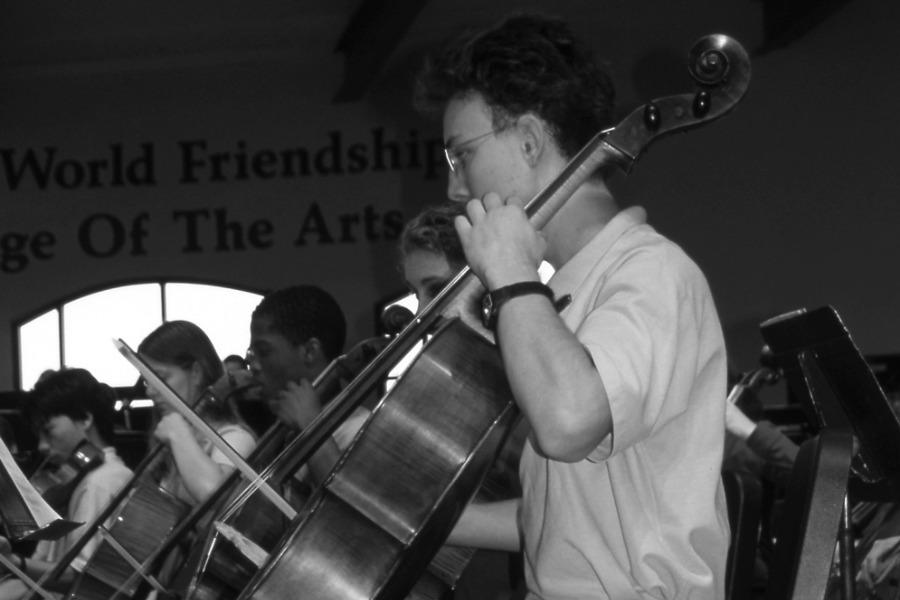 Cellist and composer Jeremy Crosmer joined the DSO in 2017. He received a full scholarship to attend Interlochen Arts Camp in 2003 as the Emerson Scholar from Arkansas.

How Interlochen changed my life
Interlochen was a completely transformative experience for me because suddenly I was in a world at Camp with people from all over the globe. I found myself playing with all of these amazing conductors and taking lessons from great teachers. The music community in Arkansas was all I had ever known, so Interlochen opened my world.

Having access to so many incredible resources was eye-opening. I took a composition class, which was my first experience learning how to use Finale [music notation software] and accessing that world as a composer. There was also a composition reading class where I played someone else’s cello concerto.

Memorable Interlochen moment
We had the weekly dances, and I was one of those musicians who only knew classical music. And so going to these dances where you're hearing all sorts of strange sounds—that was really fun. 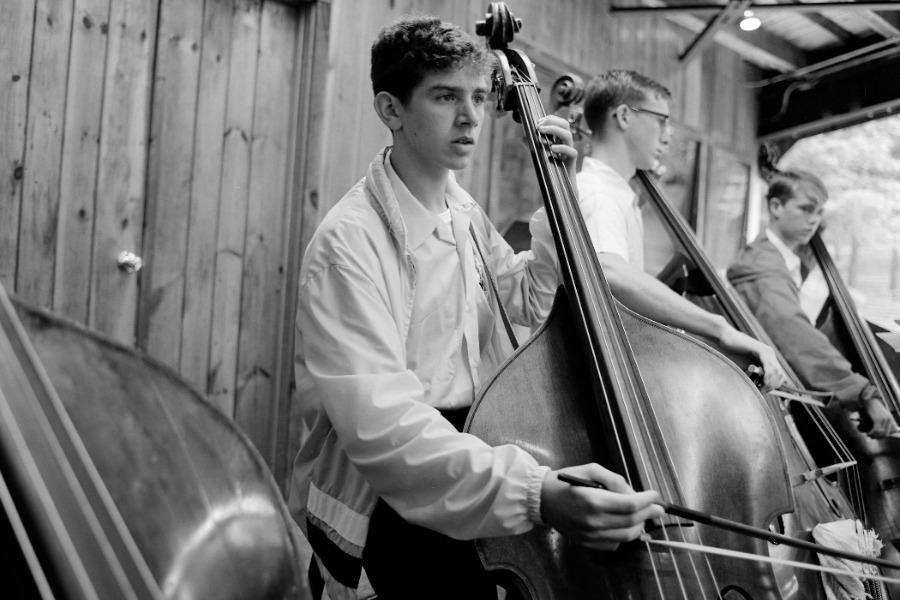 How Interlochen changed my life
Interlochen was extraordinary in that you come together with so many kids who are interested in music and also share other experiences like athletics and sports. You’re living with these guys, going to the orchestra with them, and growing up at the same time—it was a joyful and very exciting experience that helped me grow not only as a musician but as a person.

There are two sides of Camp: the goofy, fun side, and the musical one. I remember silly activities with kids in the cabin all laughing our tails off, and very special musical activities like playing with other terrific musicians and experiencing a different musical world through pianists, singers, and performers from other arts areas. That was really formative for me and my future colleagues who later made careers in music.

Memorable Interlochen moment
At the end of every summer we would play “Les Préludes” by Franz Liszt. There I was, 13 years old, playing that piece for the first time, and experiencing it with so many other kids. And that piece has always stayed with me as significant, in a very big way.

First Violin section member Adrienne Rönmark attended Interlochen Arts Camp just one summer but was on campus neary every summer as a child with her parents, DSO members who took part in annual Interlochen residencies.

How Interlochen changed my life
Interlochen helped me understand that there are so many ways to make art besides in the practice room. It opened my eyes to other art forms and gave me experiences that inspired me to make music in a much more global way.

Memorable Interlochen moment
I always loved falling asleep to “Taps” at night. There is something so peaceful about ending the day with a single voice of music being played in one of the most beautiful outdoor settings. The simplicity was a reminder of why we were all there: to connect to our inner musical voice.