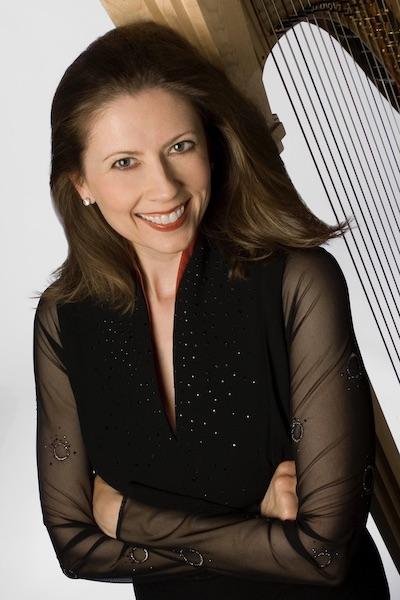 Yolanda Kondonassis is celebrated as one of the world’s preeminent solo harpists. Hailed as “viscerally exciting” (The Chicago Tribune) and a “brilliant and expressive player” (The Dallas Morning News), she has performed around the globe as a concerto soloist and in recital, pushing the boundaries of what listeners expect of the harp. Also a published author, speaker, professor of harp, and environmental activist, she weaves her many passions into a vibrant and multi-faceted career.

Praised by Gramophone for her “keen sense of dramatic timing and a range of colour that’s breathtaking,” Kondonassis has sold hundreds of thousands of albums and downloads worldwide and her extensive, critically acclaimed discography includes over twenty titles and over two-dozen world-premiere recordings. She was nominated for a 2020 GRAMMY Award for Best Classical Instrumental Solo for her live, world premiere recording of Jennifer Higdon’s Harp Concerto (written for Kondonassis) with The Rochester Philharmonic Orchestra (Azica, 2019). Her 2008 album of music by Takemitsu and Debussy, Air (Telarc), was also nominated for a GRAMMY Award.

Born in Norman, Oklahoma, Kondonassis attended high school at Interlochen Arts Academy. She continued her education at The Cleveland Institute of Music, where she received her bachelor’s and master’s degrees as a student of Alice Chalifoux. Kondonassis heads the harp department at the Cleveland Institute of Music, is the founding Artistic Director of The Maine Coast Harp Institute, and presents masterclasses around the world.