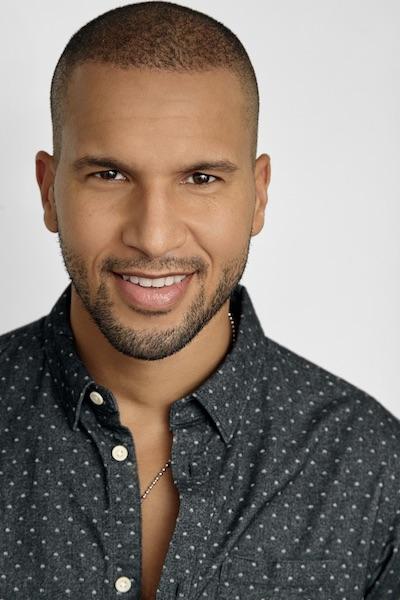 Sydney James Harcourt was born and raised in Detroit, the unexpected outcome from the chance meeting of a touring jazz pianist and a public school English teacher. Music is in his blood, and eventually his passion and studies in music, dance, and theatre led him from Detroit to New York to turn his learning into a living.

Since then he has performed on some of the world’s finest concert stages including Radio City Music Hall, Avery Fischer Hall (with the New York Philharmonic), and Carnegie Hall. He has appeared on and off Broadway starring in productions like the cultural phenomenon Hamilton (original Broadway company and 1st replacement for "Aaron Burr"), Disney's The Lion King ("Simba"), rocking hard in others like Green Day's American Idiot, and was most recently seen as Joe Scott in the critically acclaimed original American cast of Bob Dylan’s Girl from the North Country at the Public Theater.

He has performed in films and on TV series—Blue Bloods, NCIS, Elementary, Younger, The Good Wife, Law and Order, and Disney's Enchanted are a few. He's toured across North America from coast to coast, and played sold out stadiums from Australia, to Indonesia, to Puerto Rico.

A Grammy award winner and sought after New York vocalist, he was the featured artist at the US Open Finals live broadcast honoring the 50th anniversary of Billie Jean King's Triple Crown, rocked Carmello Anthony's star studded wedding, opened for Donna Summer, and has worked across the aisle as the entertainment at both the Republican and Democratic National Conventions. He opened the Museum of the American Revolution (introducing Vice President Joe Biden), was invited to perform at the White House at their Children's Educational initiative, and is a go to for corporate and charitable organizations like The Robin Hood Foundation, AFRMC, MCHF's Diamond Ball, the CF Foundation, and HJTEP, tailoring unique theatrical/concert performances for galas and events around the country. For the better part of the last decade Harcourt has been a fixture at most of the legendary ballrooms in New York City including the Rainbow Room, the Plaza Hotel, Gotham Hall, the American Museum of Natural History, and the Metropolitan, Yale, Harvard, and Lamb's Clubs.