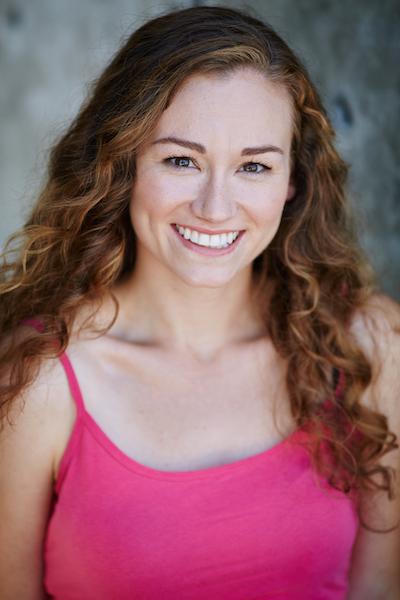 Described as a "sharp and delightful" performer, Shelby Lewis is an actor, director, educator, voiceover artist, orchestral narrator, and coach, as well as a proud Arts Academy alumna. She currently teaches acting through Interlochen Online, serves as Associate Director of High School Repertory Theatre at Interlochen Arts Camp, and is a company member of the Interlochen Shakespeare Festival. Most recently, Lewis devised a full-length piece based on "Anne of Green Gables" in a residency collaboration between Parallel 45 Theatre and Interlochen Center for the Arts.

Notable performance credits include As You Like It (Rosalind), King Lear (Goneril), Macbeth (Lady Macbeth), Romeo and Juliet (Juliet), Alice in Wonderland (Alice), and A Midsummer Night’s Dream with the Fort Wayne Philharmonic. A graduate of Carnegie Mellon School of Drama, Lewis has also trained in Los Angeles, New York, and abroad, including an avant-garde voice and choreographic theatre program in Paris. She is a union member of SAG-AFTRA for her work in voiceover, and has recorded numerous audiobooks for Brilliance Audio, Random House, and Audible.com. While working in Los Angeles, she was also featured as an audiobook panelist at a national voiceover conference alongside industry legends.

In addition to her diverse work as a theatre artist, Lewis is an advocate for disability representation and accessibility in the arts. She directed a deaf-friendly production of You’re a Good Man, Charlie Brown, an inclusive production of A Christmas Carol performed completely by adults with disabilities, and serves as an industry consultant for sensory friendly performances.

I encourage my students to know themselves better, as artists and as human beings, and to feel empowered to create through engaged physicality. Dynamic movement remains the most potent tool in my arsenal. A performer’s instrument is not only something to control, but something to listen to, glean from, and create alongside. And a student’s realization of “I didn’t know I could do that” is what thrills me most as an educator. This happens most successfully in my rehearsal spaces through physical-based techniques and intentional personal reflection. I believe that magic is conjured when care permeates a classroom. To mentor is to parent, to advocate, to fully witness a developing person and treasure them in their endless potential. C.S. Lewis writes, “Creatures, I give you yourselves.” As a teacher in the empathetic art form of theatre, I can aspire no higher.