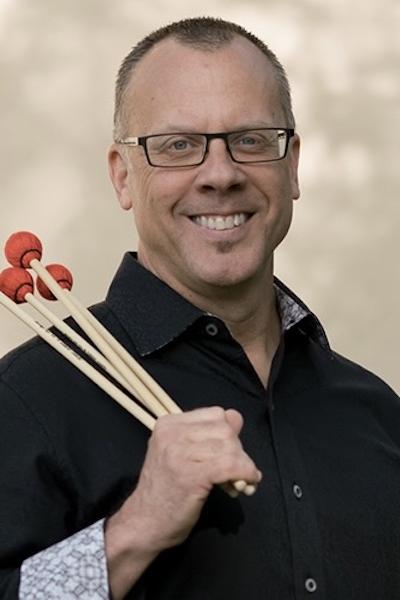 Scott Ney is an active educator and performer specializing in contemporary solo and chamber ensemble music. He’s appeared at festivals and universities throughout the United States and Europe, including several Percussive Arts Society International Conventions; the International Festival of Percussive Arts Perkusja in Warsaw, Poland; Cathedral of Koeln, Saint Agnes, and Abtei Brauweiler churches in Koeln, Germany; and most recently at venues in Strasbourg, Nürnberg, and Würzburg.

A faculty member at the University of New Mexico since 1998, Professor Ney serves as Associate Professor of Music and Director of Percussion Studies, where he directs the UNM Contemporary and Folkloric Percussion Ensembles as well as the UNM Graduate Percussion Group. In addition to his teaching responsibilities in the Department of Music, he also facilitates a weekly drum circle at the UNM Psychiatric Hospital for patients and staff as part of the UNM Arts and Medicine Program.