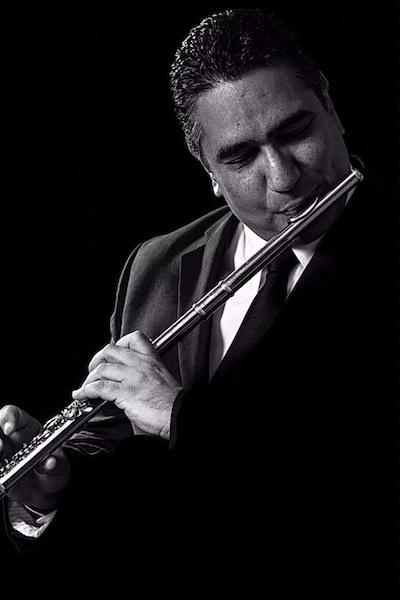 Since 1986, Rodriquez has worked as principal flutist and piccolo of the Simón Bolívar Symphony. He has participated in many recordings, tours around North, South and Central America, Europe and Asia, and also performed under the baton of maestros such as: Eduardo Mata, Claudio Abbado, Simón Blech, David Machado, Carl St. Clair, Zubin Mehta, Krzysztof Penderecki, Sung Kwak, Rafael Frühbeck de Burgos, Giancarlo Guerrero, Christian Vásquez, Diego Matheuz and Gustavo Dudamel. He has had the opportunity to work with soloists like: Luciano Pavarotti, Plácido Domingo, Monserrat Caballé, Renata Scotto, Andrea Bocelli, Jean-Pierre Rampal, Maurice André, and Francisco Flores, among others.

As a composer, Rodriquez's work explores a language that handles the traditional roots and their elements from an avant-garde point of view. Throughout his solo work and with other mixed ensembles or orchestras, as well as in popular pieces, Rodriquez has tried to express a polysemous sound that results from overlapping musical planes which recreate the hundreds of influences among the rhythmic spaces. His personal catalogue includes eight concerts for solo instruments, as well as pieces for quartets, flute orchestras, mixed ensembles, woodwind quintets and symphony orchestras. His works have been recorded by different groups and soloists inside and outside of Venezuela.

In recent years, he has worked with children and youth orchestras in the Chicago area as conductor of Lake County nuclei of the music program Sistema Ravinia—belonging to Reach, teach and Play, the educational branch of Ravinia Music Festival.