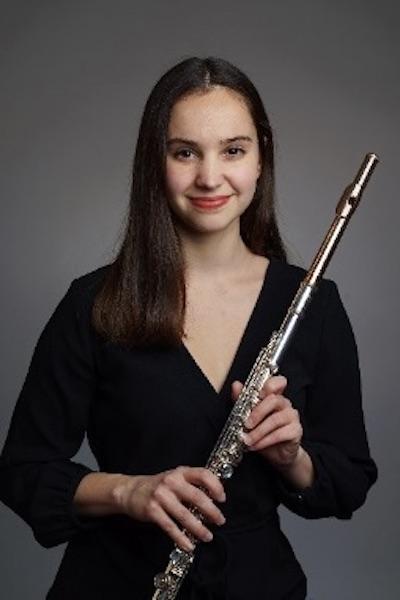 Flutist Olivia Staton was appointed second flute of The Philadelphia Orchestra with the start of the 2018–19 season. She is a graduate of The Juilliard School, where she received a Bachelor of Music degree and studied with Jeffrey Khaner. Upon graduating, she was awarded the prestigious Peter Mennin Prize.

As a chamber musician, Ms. Staton has participated in the Philadelphia Orchestra’s Audience Appreciation Concerts, the New York Philharmonic Biennial as a member of the Aspen Contemporary Ensemble, and The Juilliard School’s ChamberFest. She has performed with various chamber ensembles in David Geffen Hall, Seiji Ozawa Hall, the Metropolitan Museum of Art, the Whitney Museum of American Art, and the Aspen Art Museum.

In 2018 Ms. Staton was a fellow at the Tanglewood Music Center in Lenox, MA, and for three previous summers attended the Aspen Music Festival and School, where she served as principal flute of the Aspen Conducting Academy for two summers.

Born and raised overseas, Ms. Staton began studying the flute while living in Italy. After moving to Virginia, she was principal flute of the American Youth Philharmonic Orchestra for three years and served as principal flute of the New York Youth Symphony for her first year in New York. She has won first prizes in the Richmond Flute Competition and the Flute Society of Washington Competition.