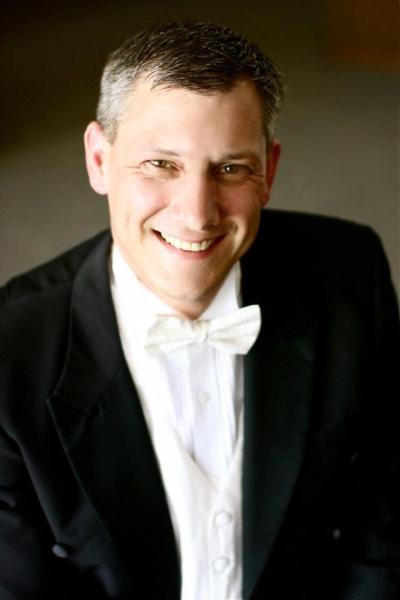 Michael Peterson has been teaching choral music for 25 years. His first three years were in Reese Public Schools as a general music teacher (grades first through sixth grade) and choral director of the Middle and High School Choirs. He has spent 15 years at Clarkston Community Schools directing the High School, Junior High, and Middle School Choirs, overseeing five daily choirs, and serving as the music director of the annual musicals. He also spent six years as Director of Choirs at Walled Lake Northern High School. While there, he directed four daily choirs, and was the producer and music director of the annual musical. Musicals he has been the music director include: Annie Get Your Gun, Anything Goes, Bye Bye Birdie, Camelot, Carousel, Chitty, Chitty Bang Bang, Damn Yankees, Guys and Dolls, Jekyll and Hyde, Les Miserables, Oklahoma, Once Upon A Mattress, Sound of Music, South Pacific, Tarzan, 25th Annual Putnam Spelling Bee, Wizard of Oz, Mary Poppins, and this year, Hairspray. While at Clarkston, his choirs have performed in New York City, Chicago, St. Louis, and internationally at the Tuscany Choral Festival held in Montecatini Terme, Italy. He is the MSVMA District IV manager. Michael received his Bachelor of Music Education with a conducting emphasis, studying with Dr. Nina Nash-Robertson, at Central Michigan University. He then returned there later to get his Masters of Music in Voice Performance, studying with Mr. Timothy Caldwell. He is an inaugural member of M.E.M.E. (Michigan educators Male Ensemble)that promotes male singing in schools. He has been married for 26 years to Kate Peterson and has 2 daughters, Grace and Madeline.