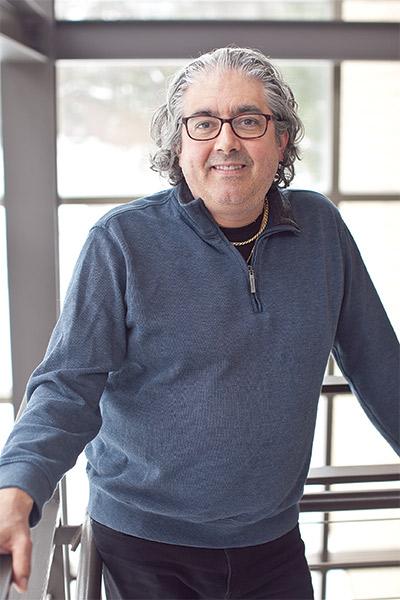 Keith A. Aleo has a multifaceted career as a performer, educator, and administrator. A graduate of the Eastman School of Music and the University of Miami, Aleo has served on the percussion faculty of the Boston Conservatory, the University of Connecticut, and the University of Miami. He is also a consultant for the Zildjian and Vic Firth Companies. Aleo has presented recitals, master classes, and workshops at throughout the world, including the Percussive Arts Society International Conventions, Europe and Asia. Aleo's playing credits include the Chicago Symphony Orchestra, the Metropolitan Opera Orchestra, and the London Symphony Orchestra. He was a member of the percussion section of the Florida Philharmonic Orchestra from 1987-2003 and the Director of Education and Orchestral Activities for the Zildjian Company from 2003-2015. He has published percussion method and étude books that have received international acclaim.

Enthusiasm and passion are the core of my life as an educator. This attitude will breed enthusiasm and passion in the students; it is infectious. Passion in students will ignite an excitement for achieving their goals, performing at their potential, regularly practicing their craft, perfecting their pieces for performances and/or lessons, etc. This passion is the fabric of the “percussion culture” that will dominate the Interlochen percussion department and bind the students for a lifetime. The ambition, dedication, and devotion a student feels for percussion will inevitably bleed into everything they do, not only as young musicians, but in every aspect of their life. Success in percussion requires a diverse experience, performing and understanding multiple instruments, techniques, and styles. Diversity is key for students to achieve their goals after they graduate. Some will have a specialized area that they will thrive in, but will always develop a base of knowledge on multiple instruments, styles, and techniques. Artistic integrity is key, insuring that the music is most important at all times. Musicians are a vehicle to communicating the intangible and almost spiritual emotions of organized sound. Touching our audience, in some way, is our goal as musicians. Young musicians must know it is their responsibility to achieve this when performing.

Member, Board of Overseers, New England Conservatory of Music

HoneyRock Publishing. Sole composer of a collection of advanced solo snare drum etudes. Pieces have been used for international and national competitions

B.M., Performance - Eastman School of Music at the University of Rochester

M.M., Performance - Frost School of Music at the University of Miami

How to play the bass drum properly

Learn proper bass drum technique from Interlochen Center for the Arts' Director of Percussion Keith Aleo, including the best gear to use and specific playing techniques. Continue your studies by downloading a bass drum étude! 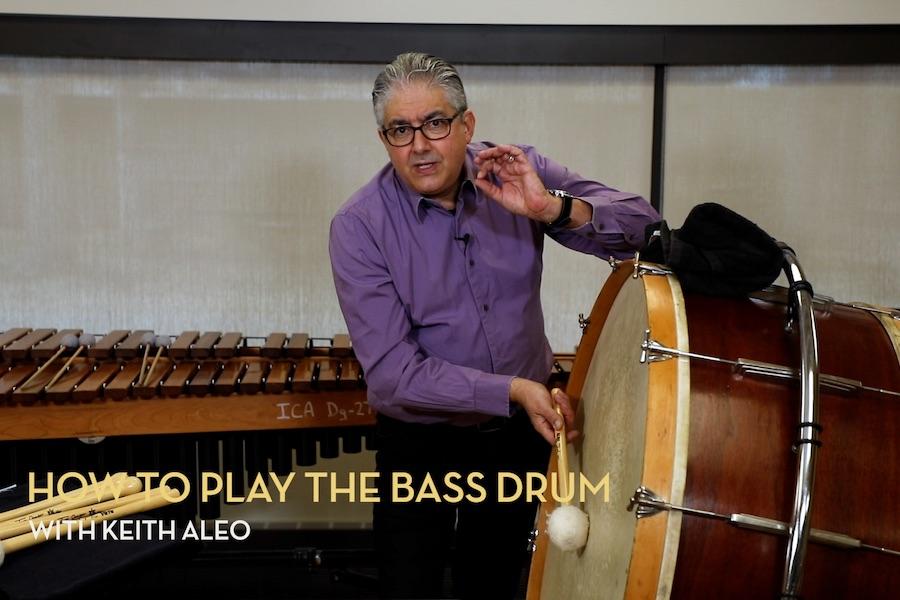