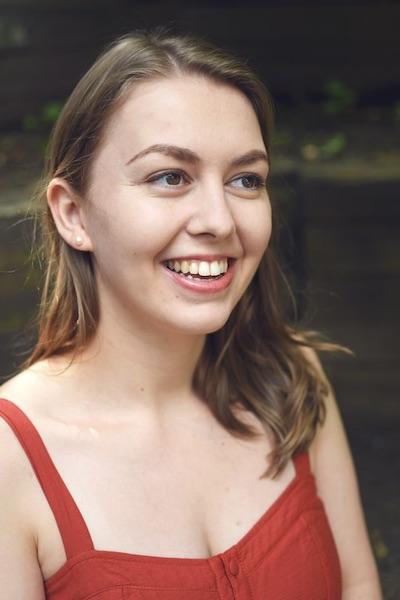 Composer, improviser, and vocalist Katerina Gimon's uniquely dynamic, poignant, and eclectic compositional style is rapidly gaining her a reputation as a distinctive voice in contemporary Canadian composition and beyond. Her music has been described as “sheer radiance” (Campbell River Mirror), “imbued…with human emotion” (San Diego Story), and capable of taking listeners on a “fascinating journey of textural discovery” (Ludwig Van), earning her several honors including two SOCAN Awards (2016, 2021), nomination for Western Canadian Composer of the Year (2021), and a Barbara Pentland Award for Outstanding Composition (2022).

Gimon's music draws influence from a myriad of places—from Eastern European folk music to indie rock, as well as from her roots as a songwriter. Her compositions have been performed widely across Canada, the United States, and internationally, including at Carnegie Hall, Orpheum Theatre, and the Hong Kong Cultural Centre. Recent commissions include new music for the Vancouver Symphony Orchestra, the University of Montana, the Hamilton Children’s Choir, and the Orpheus Choir of Toronto. Gimon is the composer-in-residence for Myriad and is based in Vancouver, British Columbia, Canada.

Gimon holds a Master of Music in Composition from the University of British Columbia ('17) and an Honours Bachelor of Music degree in Composition and Improvisation from Wilfrid Laurier University ('15). She has studied composition under Dorothy Chang, Keith Hamel, Stephen Chatman, Linda Catlin Smith, and Glenn Buhr; she has studied voice under Vicki St. Pierre, James Westman, and Brian McIntosh. Gimon serves on the BC Advisory Council for the Canadian Music Centre.