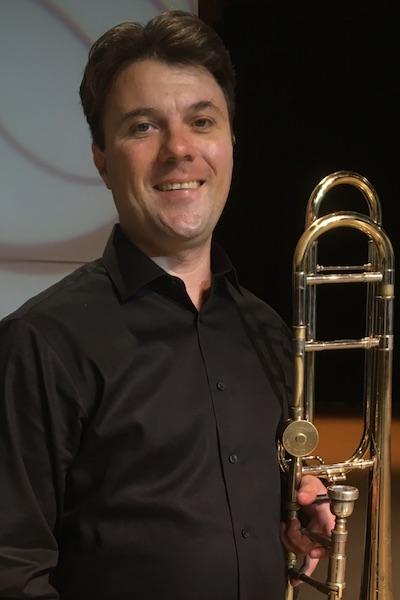 The Juilliard School
Bachelor of Music

Jonathan Lombardo is Principal Trombone of the Buffalo Philharmonic Orchestra, a position he has held since 2005. He has also performed with the Boston, Baltimore, Detroit, Cincinnati, San Antonio, Syracuse, and Sarasota Orchestras. Jonathan began playing trombone in San Antonio, Texas and went on to study in high school at Interlochen Arts Academy. Jonathan received a Bachelor of Music from The Juilliard School where he was a student of Joseph Alessi and Per Brevig.

As a soloist Jonathan premiered Eric Ewazenʼs Concerto for Three Trombones, a work written for the Buffalo Philharmonic and its trombone section. He has also appeared as guest soloist at the Mid-West Band and Orchestra Clinic, American Trombone Workshop with the U.S. Army Orchestra, the Amherst Symphony, and with the World Youth Symphony Orchestra. Jonathan has given solo recitals and masterclasses around Europe, Central and South America as well as throughout the United States.

You can hear Jonathan on dozens of recordings with the Buffalo Philharmonic, most notably “Built for Buffalo” where the Ewazen Concerto can be heard. He also appears as a guest on “In Gabrieli’s Day” recorded by the American Brass Quintet, and various Fisher-Price sound tracks.