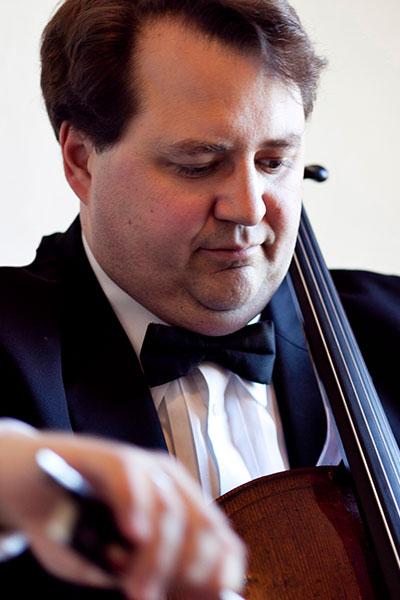 Cellist Jeffrey Lastrapes is an active soloist, chamber musician and teacher having performed and taught in Europe, South America, Asia, and in every region of the US. He holds degrees from the Curtis Institute of Music and the Juilliard School where he studied with Orlando Cole and Harvey Shapiro respectively.

"An excellent cellist with consummate technical mastery, Lastrapes is a seasoned performer whose strong, outgoing personality lets him shape the music on a big canvas with bold colors and contours." Edith Eisler New York Concert Review.

He has recorded for New World and Centaur Records. In 2020, Mr. Lastrapes released a video production of the Complete Suites for Solo Cello by JS Bach. Recordings of sonatas by Rachmaninoff and Chopin, and Duos for violin and cello by Ravel and Kodaly, both on Centaur, have also recently been released as well as his print edition of the Six Suites for Solo Cello by Bach.

In 2017 he was honored to be the August commencement speaker at Texas Tech University. He shared his journey as a visually impaired musician.

Mr. Lastrapes has participated in major summer festivals around the world including the Evian, Hot Springs, Peninsula (WI), Bay View (MI), and Bellingham (WA) and concert series such as BachFest in Cochabamba, Bolivia, Bach in Buffalo, sponsored by the Buffalo Philharmonic (NY), FebruaryFest, (WI) among many others.

He is currently Professor of Cello at Texas Tech University and is on the faculty of the Interlochen Arts Camp. In 2019, he co-founded the Montenegro Cello Festival and Course which takes place during June each year in Podgorica, Montenegro and the surrounding cities.

I strive to have each student's musical voice and expression properly represented through thorough technical mastery of the instrument as well as rich, well-rounded, and diverse life experiences.

* Frequently performs and teaches around the world

* Was the 2017 August Commencement Speaker at Texas Tech Univeristy

* Has recorded the Complete Cello Suites by Bach

* Is a graduate of two beloved schools of music; Curtis and Juilliard

B.M., The Curtis Institute of Music