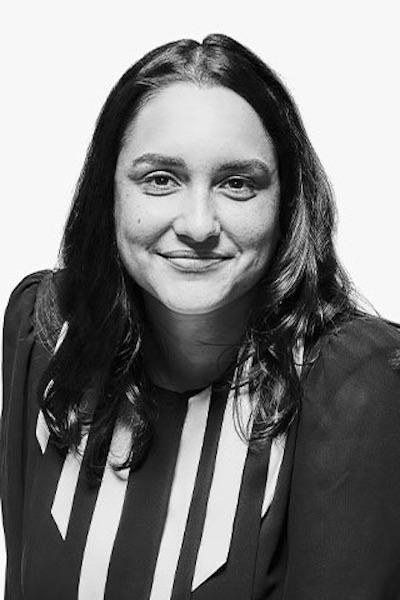 Jacklyn Backhaus (she/her) is a playwright and screenwriter hailing from Phoenix, Arizona. Her off-Broadway plays include Out of Time (NAATCO and The Public Theater, dir. Les Waters), Wives (Playwrights Horizons, dir. Margot Bordelon), India Pale Ale (Winner, 2018 Horton Foote Prize, MTC, dir. Will Davis), Men on Boats (Clubbed Thumb, Playwrights Horizons, dir. Will Davis), and You on the Moors Now (TRE, dir. John Kurzynowski). Her work for TV/film includes Doulas, a half-hour comedy pilot about birth workers in New York City; Preeti Popped It (written with Mahira Kakkar and Purva Bedi), a Punjabi-American road trip comedy that was selected for this year's 1497 Features Lab; and Oracle, a pilot for a one-hour metaphysical drama set in the Sonoran Desert. She is one the core members of The Kilroys, a professor at NYU in the Department of Dramatic Writing, and a creative director at Fresh Ground Pepper, an artistic process lab in NYC. She is repped by WME and Writ Large. She was the 2016 Tow Foundation Playwright-in-Residence at Clubbed Thumb and a resident playwright at Lincoln Center; she is currently a New Dramatists resident playwright. She resides in Ridgewood, Queens.