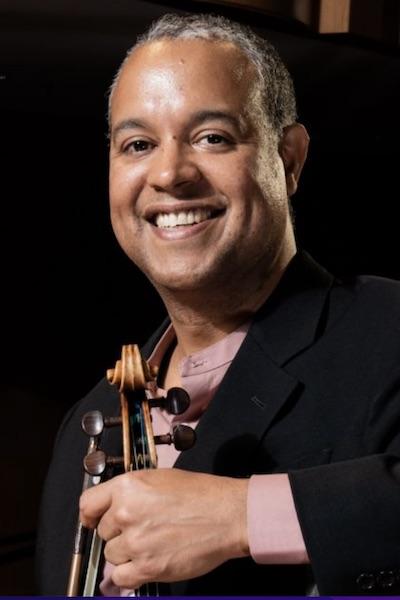 Recognized as a child prodigy in Cuba, Ilmar Gavilán has had a distinguished career playing for world leaders from the Obamas to Queen Sofía of Spain. Based in N.Y. for 20 years, he won first place in the Sphinx Competition as a young adult, and helped form the Harlem Quartet to mentor young classical musicians of color. Along the way, Ilmar also developed improvisational skills and has performed and released albums with Paquito D’Rivera, Eddie Palmieri and Gary Burton, and Chick Corea, with whom the Harlem Quartet won a Grammy. He continues to tour and teach with the Harlem Quartet, who are currently in residence at London’s Royal College of Music.

As a recording artist, Gavilán has numerous recordings with the Harlem quartet. His U.S. solo recording debut “Aires y Leyendas” and solo album Por el Mar, solely comprised of music composed by his father Guido López-Gavilán, are available on Amazon and iTunes.