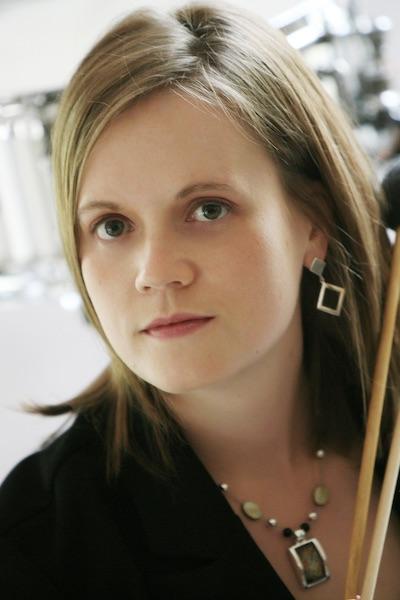 Gwendolyn Dease is currently associate professor of percussion at the Michigan State University College of Music. Dease is passionate about educating the next generation of young musicians. She regularly gives master classes at universities throughout the US and abroad and is currently on the faculty at the Brevard Music Center. She has served on the faculty for the Filarmonica Joven de Colombia and the Interlochen Arts Camp.

As a percussionist, she has maintained a career as an active solo, chamber, and orchestral musician. She has performed solo and chamber recitals throughout the United States, Asia, and South America. Dease is passionate about new music and has participated in consortium’s to commission new works from composers such as Alejandro Vinao, Peter Klatzow, Paul Lansky, Martin Bresnick, John Serry and Roshanne Etezady. She is currently principal percussionist with the Lansing Symphony Orchestra and the Brevard Music Center Orchestra. She has also performed with the Detroit Symphony, Rochester Philharmonic Orchestra, the Moscow Chamber Orchestra, the Solisti New York Orchestra, the Grand Rapids Symphony, and the Traverse Symphony Orchestra.

She was the winner of the Keiko Abe Prize at the second World Marimba competition in Okaya, Japan, and the top prize winner at the National Foundation for Advancement in the Arts’ ARTS competition. She was awarded the performer’s certificate from the Eastman School of Music and has also been the recipient of the Outstanding Young Musician award from the Peabody Conservatory and the Yale Alumni Award.