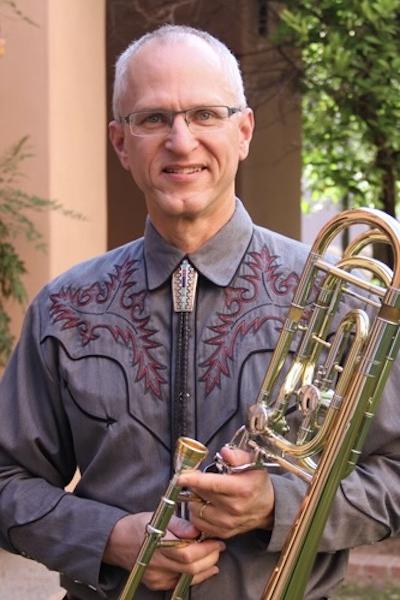 Bass Trombonist Douglas Yeo was born in Monterey, California and grew up in Queens and Valley Stream, New York (where he began playing the trombone at the age of nine in the Hewlett-Woodmere school system), and Oak Ridge, New Jersey (where he graduated from Jefferson Township High School in 1973). In 2019, he was appointed to the faculty of Wheaton College (Illinois) as Lecturer of Trombone. From 2012-2016, he was Professor of Trombone at Arizona State University, a position he assumed after a 27 year career as Bass Trombonist of the Boston Symphony Orchestra/Boston Pops Orchestra. Upon his retirement from ASU, he was given the title of Distinguished Adjunct Professor of Music. Before coming to Boston in May, 1985, was a member of the Baltimore Symphony Orchestra from 1981-1985 and he was on the faculties of the Peabody Conservatory of Music in Baltimore and the Catholic University of America in Washington, D.C.

He holds a bachelor of music degree with honor from Wheaton College in Illinois and a master of arts degree from New York University. His broad musical background has included two years as a high school band director, a four-year tenure with the Goldman Band, and performances with the Vienna Philharmonic Orchestra, the Mostly Mozart Festival Orchestra, the Gerry Mulligan Big Band, and orchestras for numerous Broadway shows. In addition to playing the bass trombone, he plays serpent, ophicleide, and bass sackbut. He is a leading exponent of historical brasses.

In 2014, Yeo was the recipient of the International Trombone Associations highest honor, the ITA Award. From 1998-2008, he was Music Director of The New England Brass Band. In 2006, the New England Brass Band, under Mr. Yeo's direction, won first place in the Honors Section at the North American Brass Band Association (NABBA) Championship held in Louisville, Kentucky, building on their 2004 Championship win of the Challenge Section in Charleston, West Virginia.