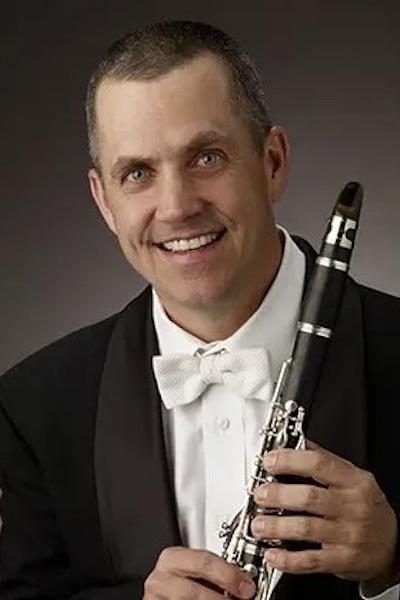 Clarinetist Daniel McKelway began playing the clarinet at the age of eight. His early teachers were Alan Ware and Thomas Cameron, principal clarinetists of the Charlotte Symphony. While a student of his principal teacher, Robert Listokin, at the North Carolina School of the Arts (NCSA), McKelway won the Arts Recognition and Talent Search sponsored by the National Foundation for Advancement in the Arts, the NCSA concerto competition, and his biggest prize—the Young Concert Artists Audition in 1984.

McKelway received both a Bachelor of Music and an Artist Diploma from the New England Conservatory where he studied with the late Harold Wright, principal clarinetist of the Boston Symphony. While in Boston, McKelway won prizes at the Naumberg and Affiliate Artists Competitions, and in 1989 he was awarded an Avery Fisher Career Grant.

Over the years, McKelway has become one of the most sought-after soloists and chamber musicians of his generation, giving highly acclaimed debuts in Washington D.C., New York, Boston, Los Angeles and performing in over forty states and twelve foreign countries. He has also participated in numerous festivals including Angelfire, Blossom, Bowdoin, Bravo! Colorado, Brevard, Dubrovnik, Edinburgh, Foothills, Kapalua, Marlboro, New College, Newport, Prussia Cove, Taipei, Tanglewood, and Vancouver; he has also toured and recorded with the Orpheus Chamber Orchestra. Recent appearances include performances with the Kandinsky Trio and the Miami String Quartet and as soloist with the New Brunswick Symphony at the University of Oklahoma. McKelway will begin performing with a new woodwind quintet, the C.O. 5, this coming year.

In 1994, McKelway began his orchestral career, spending one year as principal clarinetist with the Grand Rapids Symphony before being appointed, in May 1995, as assistant principal and Eb clarinetist of The Cleveland Orchestra. McKelway has served on the faculties of the Longy School in Boston, the Bowdoin Festival, Hope College in Michigan, the NCSA and the Kent/Blossom Music Festival.