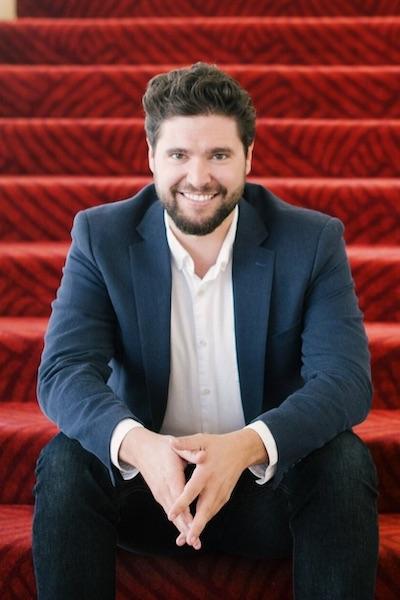 German conductor Christian Reif has quickly established a reputation for his natural musicality, technical command and leadership as an engaging communicator and outstanding orchestra builder. San Francisco Chronicle has written: “Reif is a remarkable talent... a conductor of considerable stature, and everything felt like the work of a significant musical artist.”

Through the pandemic, Reif has taken part in several live-streamed events. He conducted the Music Academy of the West’s Instrumental Fellows in their 2020 Remote Summer Learning Institute on a socially-distanced performance of Haydn’s “London” Symphony No. 104. Using a virtual guide with him both conducting and playing piano with his brother Thomas Reif on violin, the fellows were able to merge as an orchestra virtually. He additionally appeared in live-streamed events presented by the San Francisco Symphony, New World Symphony, Lakes Area Music Festival, Long Beach Opera, New York Festival of Song and Musical America.

Reif has also been active on the piano during the pandemic, recording a series of at-home virtual “Songs of Comfort” with his wife Julia Bullock, ranging from Carole King’s classic “Up on the Roof” to Schubert’s Wanderers Nachtlied. In November 2020, NPR Music featured the duo in a “Tiny Desk (Home) Concert” for their special quarantine edition of the series. NPR’s Tom Huizenga found it “among the most transcendent musical moments I’ve experienced this year” and The New York Times highlighted them on their “Best Classical Music of 2020” list.

From 2016 to 2019, Reif served as Resident Conductor of the San Francisco Symphony and Music Director of the San Francisco Symphony Youth Orchestra (SFSYO). His tenure culminated in a six-city 2019 European tour with the SFSYO including performances at Vienna’s Musikverein, Berlin Philharmonie and Hamburg Elbphilharmonie. Following the Berlin performance, the Merkur wrote of Reif that a “bright future and a great career must lie ahead”. He was a Conducting Fellow with the New World Symphony from 2014 to 2016, and a Conducting Fellow at the Tanglewood Music Center in the summers of 2015 and 2016.

Reif’s enthusiasm in performing contemporary music has led to several world premieres. Among those are Anahita Abbasi’s ...within the shifting grounds... (a work commissioned by Reif and SFSYO in collaboration with the International Contemporary Ensemble), Michael Gordon’s El Sol Caliente (a city symphony in honor of Miami Beach’s centennial), and concertos for DJ and orchestra performed with the New World Symphony.

Christian Reif studied with Alan Gilbert at the Juilliard School, where he completed his Master of Music in Conducting in 2014 and received the Charles Schiff Conducting Award. Prior to that, he studied with Dennis Russell Davies at the Mozarteum Salzburg, where he received a diploma in 2012 and worked with singers as a répétiteur. He is winner of the 2015 German Operetta Prize, awarded by the German Music Council, and two Kulturförderpreise awards given to promising artists of the region who promote cultural advancement in their communities.