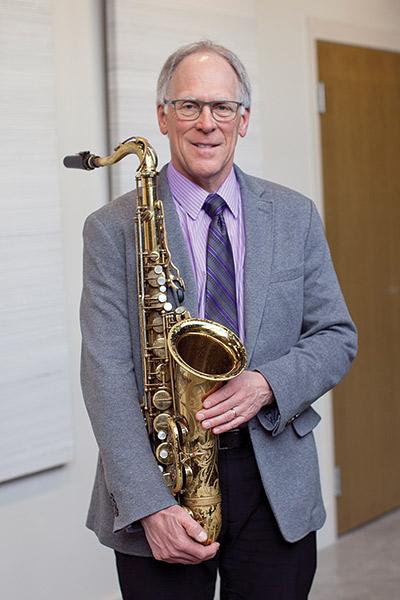 Bill Sears has been Director of Jazz Studies and Instructor of Saxophone at the Interlochen Arts Academy since 1987 and at the Interlochen Arts Camp since 2010. The award-winning Interlochen Arts Academy Jazz Ensemble and Jazz Combos, under Sears' leadership, are considered to be among the finest high school groups in the country. An active jazz saxophonist, Sears has performed, toured, and recorded with many leading musicians including Ray Charles, Dizzy Gillespie, Bill Evans, Rick Margitza, Peter Erskine, Art Farmer, Joe Williams, and Nancy Wilson. He has also performed in backup orchestras for many popular artists, including Natalie Cole, Aretha Franklin, Tony Bennett, and The Temptations. Sears also has two CD's under his own leadership, "Chasin' The Goal" and "With One Accord," both of which feature not only his engaging and individual saxophone voice, but also several of his compositions. Sears is a Conn-Selmer performing artist and clinician.