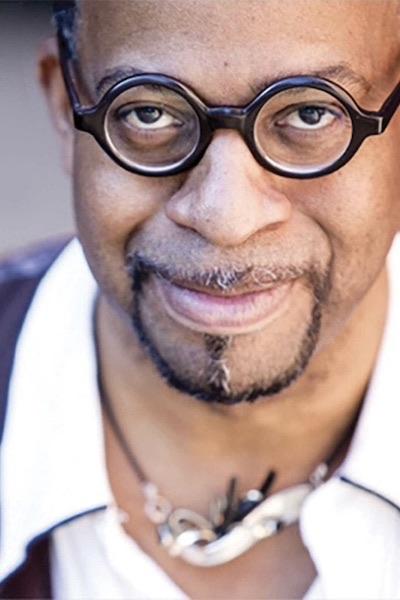 Dr. Bill Banfield is an award winning composer whose symphonies, operas, chamber works have been performed and recorded by major symphonies across the country. Dr. Cornel West called him "one of the last grand Renaissance men in our time ... a towering artist, exemplary educator, rigorous scholar, courageous freedom fighter, and spiritual genius." Dr. Banfield has served three times as a Pulitzer Prize judge in American music (2010, 2016, 2020). His works have been commissioned, performed and recorded by orchestras including the National, Atlanta, Minneapolis, Dallas, Akron, Detroit, New York Virtuoso, Grand Rapids, Akron, Richmond, Toledo, Savannah, Indianapolis, Sphinx, Sacramento, and San Diego Symphonies; the Chicago Symphonia; and the Havana Camerata of Cuba. His works as a composer and performing-recording jazz artist are carried on the Atlantic, TelArc, CollinsClassics (London), Centaur, Albany/Visionary recordings and Innova labels. An experienced music educator, Banfield has taught at the graduate program of Berklee College of Music, the University of St. Thomas, Indiana University, and the University of Minnesota. In 2002, he was a W.E.B. Dubois Fellow at Harvard University. He was appointed by Toni Morrison to serve as the visiting Atelier Professor at Princeton University in 2003.

A native Detroiter, Dr. Banfield received his Bachelor of Music from the New England Conservatory of Music in Boston; a Master of Theological Studies from Boston University; and a Doctor of Musical Arts in Composition from the University of Michigan. His formal composition studies were under T.J Anderson, George Russell, Theodore Antoniou, Bill Bolcolm, and Bill Albright. He has authored six books on music, arts and cultural criticism, history, and biographies. He is the founder and director of JazzUrbane, a contemporary jazz art recording label dedicated to producing creative new artists.

D.M.A., Composition - The University of Michigan.