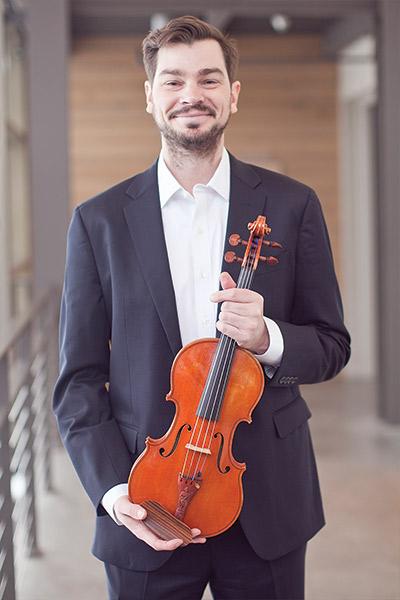 Ara Sarkissian began studying violin at the age of four and continues to teach and perform domestically and abroad.

Sarkissian has distinguished himself as an experienced teacher and mentor for aspiring young artists who seek acceptance to competitive conservatories and universities. His students have garnered acceptances into top conservatories and universities such as New England Conservatory, Juilliard, Eastman, Manhattan School of Music, Cleveland Institute of Music, San Francisco Conservatory of Music, Jacobs School of Music at Indiana University, and numerous others.

​As a performer and advocate of contemporary music, Sarkissian has collaborated with esteemed composers including Pierre Boulez, Peter Eötvös, Helmut Lachenmann, Wolfgang Rihm, Steve Reich, Frederic Rzewski, and George Benjamin. Among the many highlights of his career to date, performing under the direction of Pierre Boulez at the Lucerne Festival in Switzerland holds a special place for him.​

Along with his passion for contemporary music, Sarkissian believes in supporting contemporary luthiers. He currently performs on a 1949 Carl Becker and Son violin, and bows crafted by David Samuels.​

Sarkissian received his Bachelors and Masters of Music degrees in Violin Performance with academic honors from The New England Conservatory of Music in Boston, Massachusetts. While there, his principal teachers were Marylou Speaker Churchill and James Oliver Buswell IV. Other important mentors throughout his career include Mary LaMonaca, Lynn Chang, Paul Biss, Carol Ou, Phil Setzer, and Soovin Kim.

In my studio, I emphasize performance as the main vehicle for learning. By giving students a practice stage to hone their skill, they learn to become artists willing to be vulnerable and risk saying something with their craft.