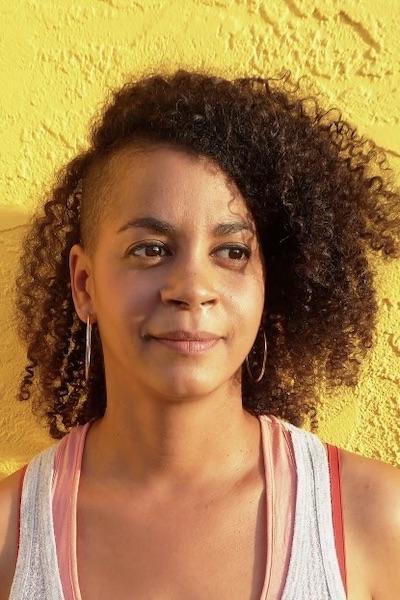 Aisha Sloan's writing about race and current events is often coupled with analysis of art, film, and pop culture. She studied English Literature at Carleton College and went on to earn an M.A. in Cultural Studies and Studio Art from the Gallatin School of Individualized Study at NYU and an M.F.A. in Creative Nonfiction from the University of Arizona. Her essay collection, The Fluency of Light: Coming of Age in a Theater of Black and White was published by the University of Iowa Press in 2013. Her most recent essay collection, Dreaming of Ramadi in Detroit, was chosen as the winner of the 1913 Open Prose Contest and published in 2017. That book went on to be nominated for the Iowa Essay Prize, and to win CLMP’s Firecracker award for Nonfiction. Her book-length essay, Borealis, was recently published by Coffee House Press’ Spatial Species imprint, and Captioning the Archives was released by McSweeney’s Publications. She is a recipient of the 2020 National Endowment for the Arts fellowship in creative writing and a 2021 National Magazine Award for Columns and Commentary.

Sloan has taught in a variety of contexts. She was the Education Programs Coordinator at the University of Arizona Poetry Center, where she helped facilitate an artist-in-the schools program in Tucson public schools. She also helped facilitate creative writing workshops for incarcerated teens. She is currently an assistant professor of Creative Writing and English at the University of Michigan.