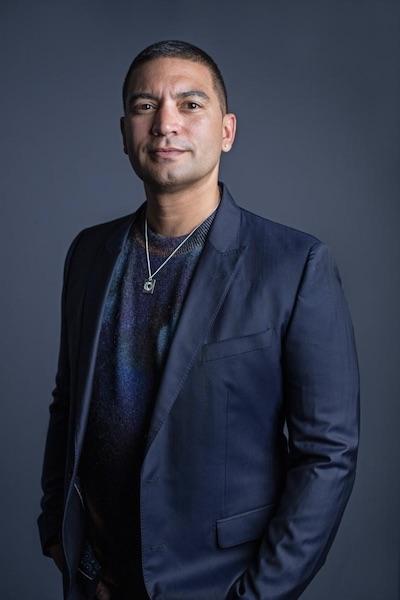 Adrian Matejka was born in Nuremberg, Germany as part of a military family. He grew up in Indianapolis, Indiana and is a graduate of Indiana University Bloomington and the MFA program at Southern Illinois University Carbondale.

He is the author of The Devil’s Garden (Alice James Books, 2003) which won the New York / New England Award and Mixology (Penguin, 2009), a winner of the 2008 National Poetry Series. His third collection of poems, The Big Smoke (Penguin, 2013), was awarded the 2014 Anisfield-Wolf Book Award. The Big Smoke was also a finalist for the 2013 National Book Award, 2014 Hurston/Wright Legacy Award, and 2014 Pulitzer Prize in poetry. His fourth book, Map to the Stars, was published by Penguin in 2017 and his mixed media project in collaboration with Nicholas Galanin and Kevin Neireiter inspired by Funkadelic, Standing on the Verge & Maggot Brain (Third Man Books) was published in 2021. His most recent collection of poems, Somebody Else Sold the World (Penguin, 2021), was a finalist for the 2022 Rilke Prize. His first graphic novel Last On His Feet will be published in 2023 by Liveright.

Among Matejka’s other honors are the Eugene and Marilyn Glick Indiana Authors Award, a Pushcart Prize, the Julia Peterkin Award; he has also received fellowships from the Academy of American Poets, the Guggenheim Foundation, the Lannan Foundation, the National Endowment for the Arts, and the Rockefeller Foundation, as well as a Simon Fellowship from United States Artists. He served as Poet Laureate of the state of Indiana in 2018-19 and is Editor of Poetry magazine.