Interlochen Center for the Arts is pleased to announce that – following an intensive year-and-a-half search process – a new president, Trey Devey, will lead the institution starting in June 2017. 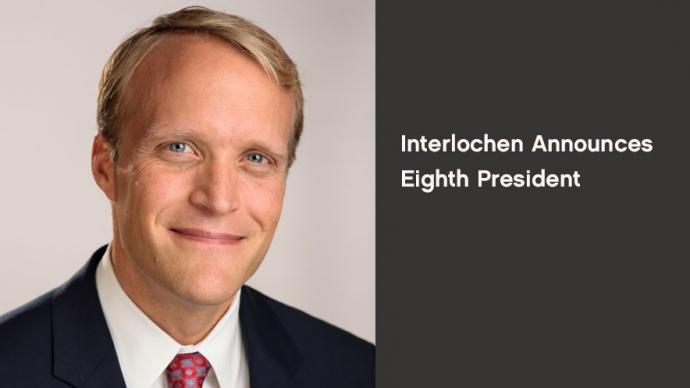 Interlochen Center for the Arts is pleased to announce that – following an intensive year-and-a-half search process – a new president, Trey Devey, will lead the institution starting in June 2017. He will replace Jeffrey Kimpton, who is retiring after fourteen years in the position. Devey is currently the President of the Cincinnati Symphony Orchestra, and will remain in that post through mid-April 2017, beginning his role at Interlochen on June 12, 2017. He will greet the Interlochen community and media on Friday, November 11.

Known as a brilliant and inspirational manager, Devey’s tenure at the Cincinnati Symphony has been marked by a number of high-profile initiatives. He advanced the orchestra’s role as a pioneer of new performance strategies, launching its wildly popular and innovative LUMENOCITY concerts, beginning a groundbreaking collaboration with the MusicNOW Festival, and commissioning and presenting 31 world premieres. Devey also presided over a complete turnaround in the CSO’s finances, facilitated in part by significant growth in contributions and concert attendance, as well as ten national and international tours by the orchestra. At the same time he achieved an extraordinary level of trust in the community and with the orchestra’s musicians. His commitments to education, outreach and diversity have been hallmarks of his administration. He elevated the CSO’s global profile by overseeing the launch of the Fanfare Cincinnati recording label and expanding the orchestra’s digital footprint. Also, under Devey’s leadership, the CSO made community and educational engagement core components of its mission, in part through the acclaimed One City, One Symphony initiative.

“It is an extraordinary honor to have been selected to serve as the eighth President of the Interlochen Center for the Arts. I am passionate about Interlochen’s educational mission and can think of no institution more important to both the arts and society. I look forward to working side by side with the Interlochen community to nurture future generations of artists, citizens and leaders.”

“I’ve known Trey Devey as an Interlochen parent, concert patron, arts professional and leader. I could not be more pleased with his appointment. His many experiences and achievements, strategic skills, and a passion for education and the arts have prepared him well to lead the Interlochen community with distinction into the future.”

Interlochen Chairman of the Board John McGarry also expressed his enthusiasm for the new President:

“After an intense 18-month search, Interlochen is thrilled with the appointment of Trey Devey as the eighth president of Interlochen. Trey has the experience, personality, vision and leadership to build on the great momentum Interlochen is experiencing today. We know he is the right person at the right time to take Interlochen toward its Centennial and ever greater achievement.”

Trey Devey, 45, was named President of the Cincinnati Symphony Orchestra in January 2009, and also serves as President of the Cincinnati May Festival. He is charged with operating the $61 million organization in a sustainable manner, bringing value to the Greater Cincinnati community. He provides visionary leadership to the complex arts organization and works in close collaboration with the CSO Board of Directors, artistic leadership and musicians.

As CSO President, Devey has led the organization in a period of great transition and success. Under his leadership, the CSO – one of only 15 52-week American orchestras – has implemented and maintained a significant degree of financial discipline, finishing eight consecutive fiscal years with balanced budget operations. During this time the budget of the CSO grew from $44.3 million to $60.9 million and the endowment increased from $57 million as of January 1, 2009 to over $143 million as of August 31, 2016. In addition to annual fund support, the orchestra has raised over $215 million over this period for endowment, debt elimination, special projects and capital needs. Devey’s tenure has also seen the orchestra deepen its commitment to the Greater Cincinnati region, increasing participation in its community engagement and education programs by 71%, and expanding youth orchestra offerings with the addition of the CSYO Concert Orchestra.

Devey has had a life-long connection to the Interlochen area, and his children have attended Interlochen’s world-renowned summer camp.