A member of the Interlochen family for over 10 years, Hiss was a cherished teacher, mentor, collaborator, and friend who touched the lives of hundreds of emerging artists. 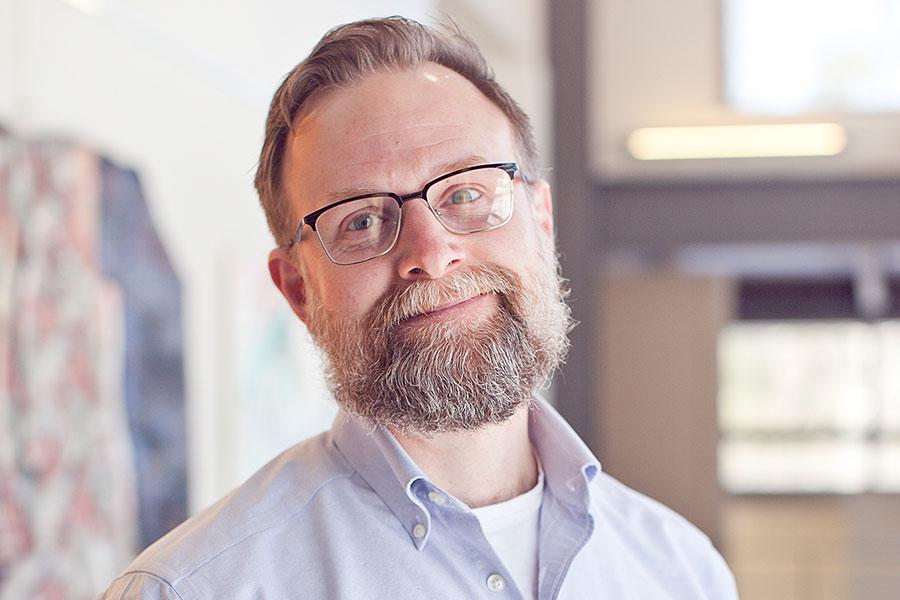 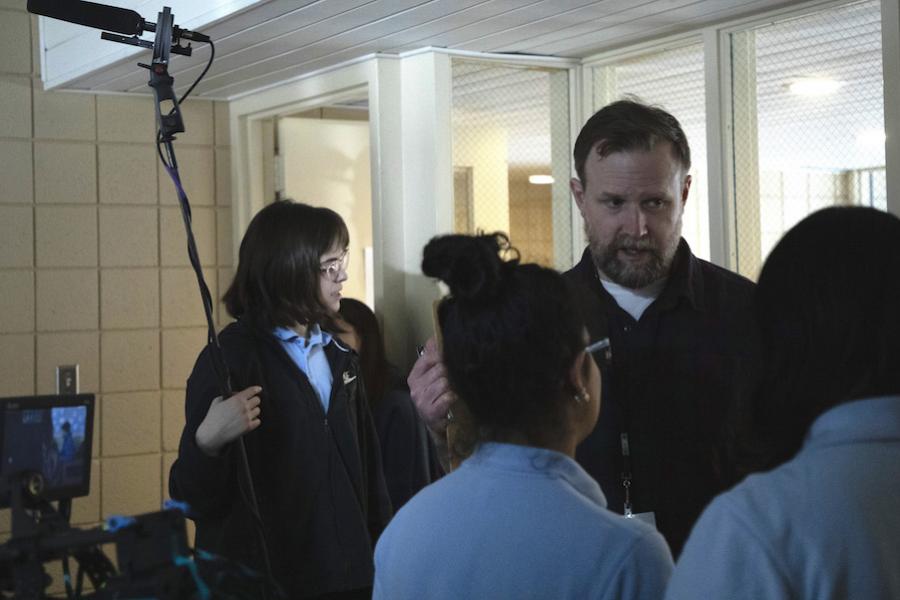 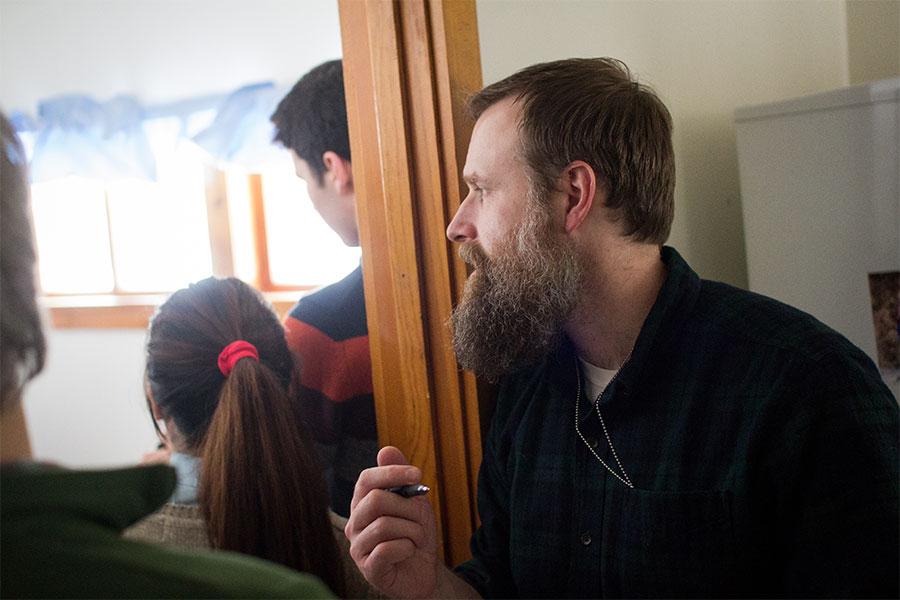 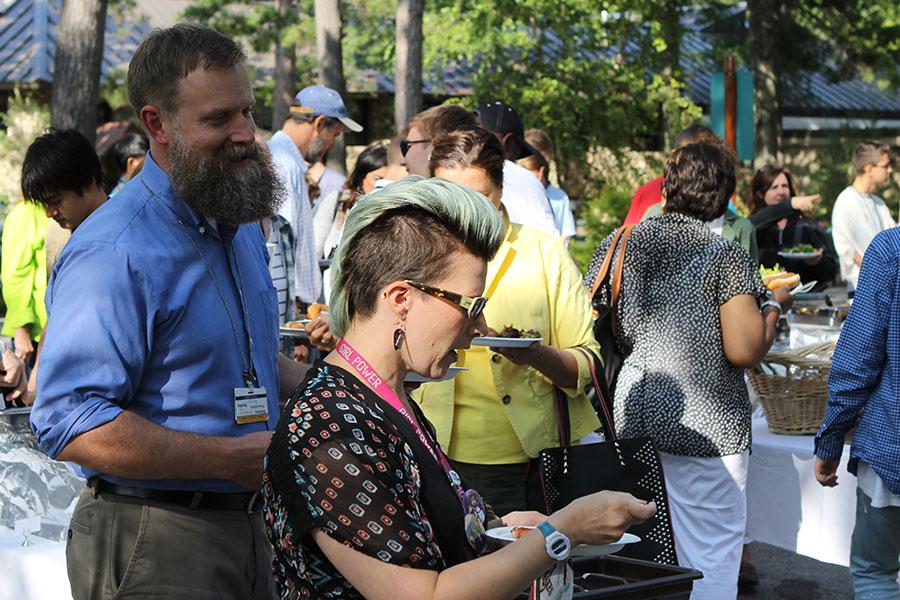 Andy Hiss (left) with Lesley Tye (center) mingle with students and their families at a welcome cook-out. 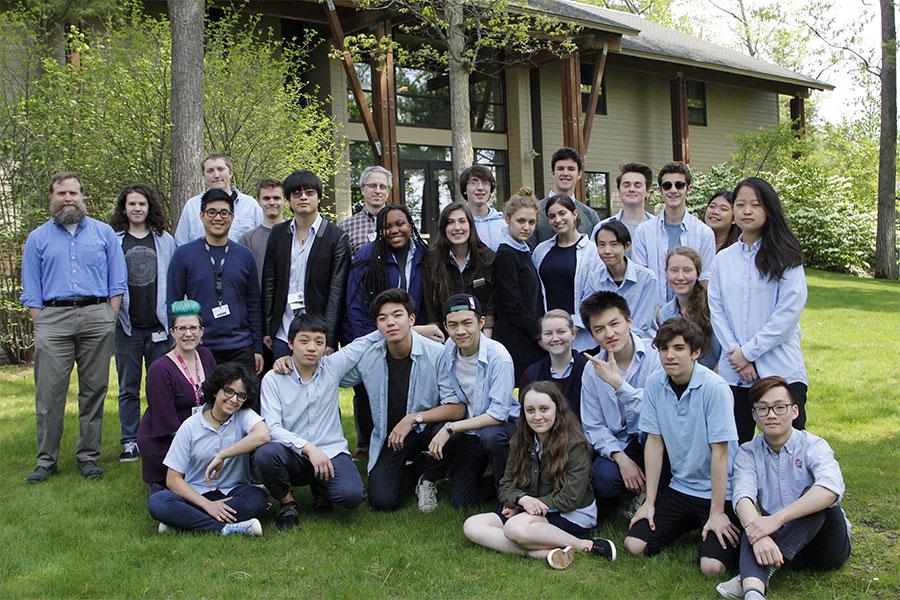 “Andy was a deeply caring human being and a cherished teacher, mentor, collaborator, and friend,” said Interlochen Center for the Arts President Trey Devey. “With an unmatched gift for encouraging students to take themselves seriously as artists and tell their stories, Andy touched the lives of hundreds of emerging artists and will be greatly missed. Our thoughts and prayers are with his family and friends. His legacy will live on through the generations of students and colleagues at Interlochen who will be forever inspired by him and his deep sympathy for the human condition.”

The campus community will gather today in a vigil to honor Hiss and begin to mourn this heartbreaking loss together. The Academy’s school counseling staff and members of Northern Lakes Community Mental Health will be available following the gathering to offer support, and students can also email schoolcounseling@interlochen.org to be in touch with counselors at any time. Employees may stop by the HR conference room at any time this afternoon to speak with a counselor and may also utilize Interlochen’s Employee Assistance Program by calling 800.448.8326.

An independent screenwriter and filmmaker, Hiss joined the Interlochen faculty in 2010 and taught courses including storytelling, directing, and screenwriting. Students from all arts disciplines clamored to take his story class, which became foundational for storytelling across mediums, including illustrated novels, films, and musical compositions. In his popular directing classes, he worked closely with students to help them understand every beat and nuance of their screenplays. Through the many successes of his Academy students, Hiss was a Scholastic Art & Writing Awards national medalist educator.

Before coming to Interlochen, Hiss taught film directing, screenwriting, and film analysis at Cornell University, where he was nominated for the Stephen and Margery Russell Distinguished Teaching Award and named a Merrill Presidential Scholar Most Influential Teacher. Hiss wrote feature-length screenplays and directed short films. His film work was screened in festivals across the U.S. and Canada and earned funding through Columbia University and through a fellowship from the Alfred P. Sloan Foundation. His script, “The Sun King of Eastbrook, Maine” was a winner at the Columbia University Film Festival and named a quarterfinalist for the Nicholl Fellowship. Before turning to filmmaking, he worked as a guitar builder in Maine and Hawaii. Hiss received his M.F.A. in film from the Columbia University School of the Arts and his B.A. in English and art history from Tufts University.

Hiss was deeply committed to his students and said that he tried to “inspire [them] with courage, to raise them to the task at hand, and to view themselves as artists with important work to do—their work.”

Additional details about ways to honor Hiss will be shared when available.