Interlochen Center for the Arts Board of Trustees names Kurtis T. Wilder board chair and welcomes five new members

Wilder, a former Michigan Supreme Court justice, succeeds former Interlochen board chair Glynn T. Williams, who retired from the board after nine years of service. 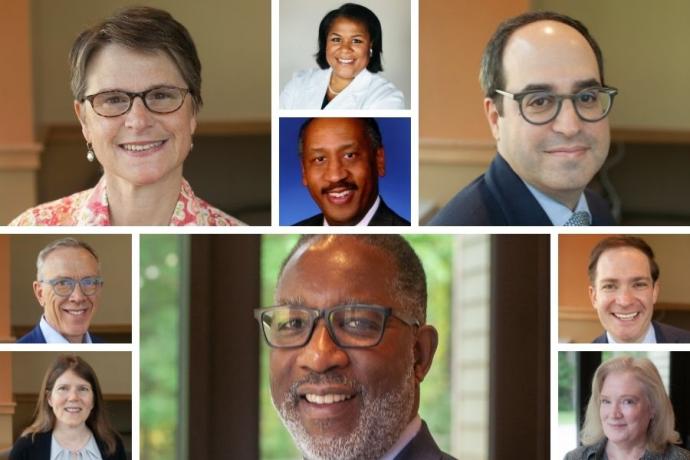 The Interlochen Center for the Arts Board of Trustees elected three new leaders and five new members at its July 2021 meeting.

Kurtis T. Wilder, a former Michigan Supreme Court justice and current shareholder of the Butzel Long law firm, was appointed board chair. He has served on the Interlochen board for a total of 14 years, beginning in 2006. Sarah Harding, a widely recognized law scholar and professor, and Saul Goldstein, founder and CIO of ActivumSG Capital Management, join Wilder as first and second vice chairs, respectively.

Wilder succeeds former board chair Glynn T. Williams, who retired from the board this summer after nine years of service, including four as board chair. Fellow trustees John Manuel, Becky Ruthven, Steve Hayden, and Tom Quinn also concluded their terms.

“I am immeasurably grateful to Glynn for his dedicated service and exemplary leadership,” said Interlochen Center for the Arts President Trey Devey. “While Glynn leaves sizable shoes to fill, Kurt is an ideal successor and has worked closely with Glynn as chair-elect to ensure a smooth transition. I look forward to working alongside Kurt and the rest of our incredible board as we advance our position as a global multidisciplinary arts and education destination and prepare for Interlochen’s Centennial in 2028.”

“I am delighted to begin my tenure as chair with such a distinguished class of trustees,” Wilder said. “The arts inspire us and foster discipline, creativity, teamwork, and the pursuit of individual excellence. They also provide another way to recognize our common bond with all of humanity. At Interlochen, we have a responsibility to ensure that young artists from all backgrounds and walks of life have the opportunity to experience the lifetime enrichment that results from our programs.”

About our new board leaders and members 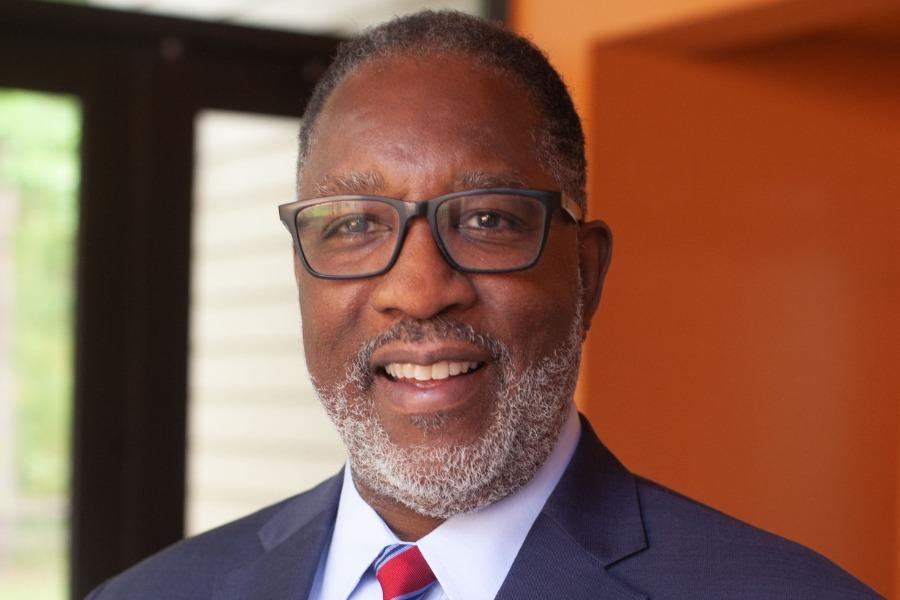 Kurtis T. Wilder is Of Counsel to Butzel Long and practices in Butzel Long’s Detroit Office. He originally joined Butzel in 1989 as a litigation attorney, and left in 1992 to begin a nearly 27-year career as a judge, culminating with his service as the 112th Justice to serve on the Michigan Supreme Court. Wilder concentrates his practice in litigation, appeals, and mediation, arbitration, and facilitation.

Wilder has two children, Alycia and Klif. Alycia, a violist with the Flint Symphony and the Six Mile Strings Ensemble, attended Interlochen Arts Camp from 2002-04 and entered the Academy in 2004, from which she graduated in 2006. Wilder’s admiration and interest in the success of Interlochen grew as a result of watching Alycia develop into an excellent musician and a mature young adult. Klif, who studied double bass with Interlochen Arts Academy double bass instructor Derek Weller, is an auto mechanic with an Ann Arbor auto dealership. This fall, Klif will begin his pursuit of a criminal justice degree at Schoolcraft College.

In addition to his service on Interlochen’s Board of Trustees, Wilder also serves on the boards of the Michigan Chamber of Commerce, the Alumni Association of the University of Michigan, the Detroit Symphony Orchestra, The Children’s Foundation, and Detroit Regional Dollars for Scholars. 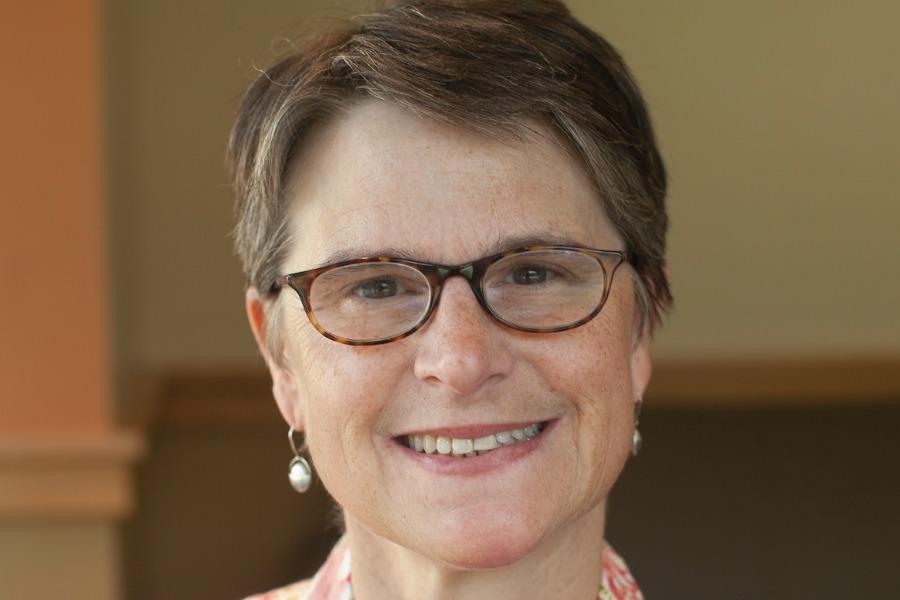 Sarah Harding was a member of the tenured faculty at IIT Chicago-Kent College of Law for 25 years. She was a widely recognized teacher and scholar with a focus on the law of cultural heritage, art, and antiquities. She was Associate Dean for Faculty Development from 2008-2014 and oversaw many school-wide projects, including strategic planning, accreditation, and curricular reform. Professor Harding has degrees from McGill University, Dalhousie University, Oxford University (Rhodes Scholar), and Yale Law School.

She has been very active in various community arts and education organizations. She was the founding board chair for Beacon Academy, an innovative Montessori-based high school that opened in 2014, and the first board chair for Haymarket Opera Company, a highly successful new opera company in Chicago. All three of her children attended the Interlochen Arts Camp in the music, theatre, and creative writing programs, and one of her sons attended Interlochen Arts Academy as a theatre major. She believes firmly in the power of an arts education to introduce children to new ways of thinking and to bring passion and empathy into their lives.

For fun, she spends a lot of time running, cycling, hiking, nordic skiing, gardening, and tending to her bees. 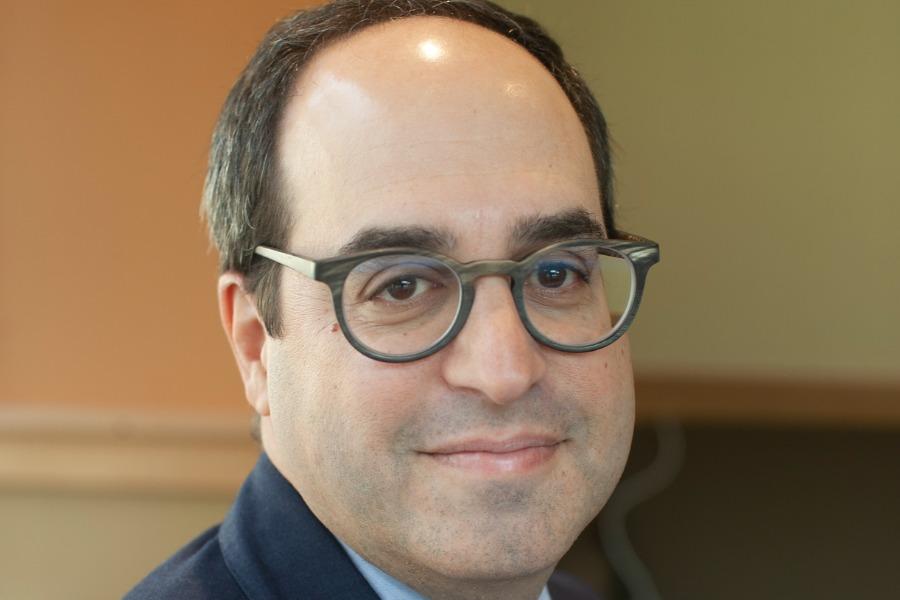 Before establishing ActivumSG, Goldstein headed the European real estate investment team advising Cerberus Capital Management companies on German and European investment opportunities. During nine-and-a-half years at Cerberus, he helped open and run offices in Japan, Korea, Germany, and the UK. He advised on investments in real estate, real estate debt, NPLs, and operating businesses in the U.S., Canada, Japan, Korea, Thailand, Mexico, France, Belgium, and Germany. Prior to this, he worked at Cargill Financial Services in Minneapolis and Tokyo.

In addition to playing the trumpet through high school in various symphonic, jazz, pit, and marching bands, he has watched how the arts nurtured the souls of his children. He has a deep respect for the creativity and teamwork that participating in the performing arts fosters. His daughters play the flute and clarinet, and his eldest daughter spent several high school summers at Interlochen in the musical theatre program. 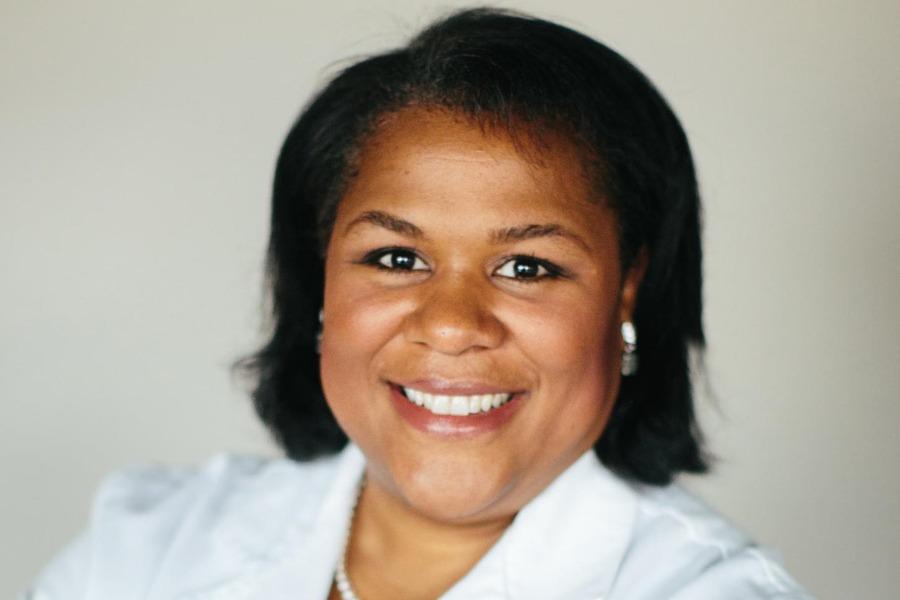 Dr. Bernetta L. Avery is a native of southwest Michigan and attended Interlochen Arts Academy as a clarinet major from 1986 to 1989. She received her Bachelor of Arts in English from Oberlin College and earned her Medical Doctorate (MD), with honors, from Tufts University School of Medicine.

At Tufts, she received the Dr. Ruth M. Easterling Award and the Brusch Prize, recognizing a medical student with outstanding achievements and demonstrating exceptional clinical skills, integrity, and humanity in medicine. She completed her residency in general pediatrics at The Children's Hospital of Philadelphia, where she began her pediatric academic career. Later, she undertook leadership training as an Executive Education Fellow at the Massachusetts Institute of Technology.

Avery has practiced pediatrics for 20 years, serving the medical needs of young people, leading medical teams, and training residents. She brings a depth of knowledge about youth and how to support their development as artists and scholars. During her career, Avery has served on the faculty of the University of Pennsylvania, Stanford University School of Medicine, and New York University. She is a diplomat in the American Board of Pediatrics and a fellow in the American Academy of Pediatrics.

In addition to practicing medicine, Avery serves on the Board of Trustees for the Singer Family C & E Foundation, where for the last 10 years, she has served as the Chair of Scholarships and Social Equity Grants. She is well-known for redesigning the scholarship selection process to address unconscious bias, improve equity, and support sustained diversity.

Avery is married to her husband of 23 years; they have two children, the oldest of which studied jazz at Interlochen Arts Camp. 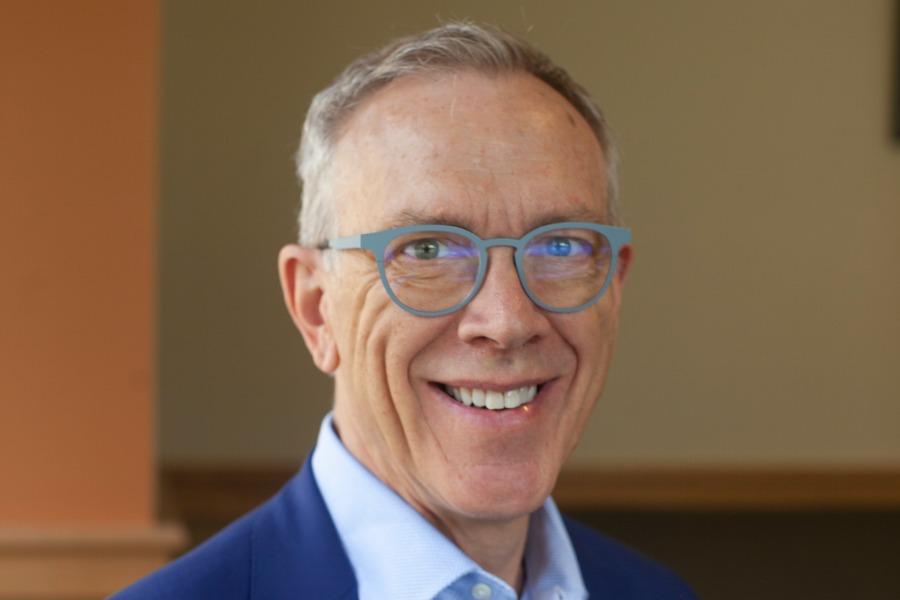 Dan Hamann is CEO of Spectrum Financial Services, a family office in his native Omaha, Nebraska. He is a 1981 graduate in architecture from Iowa State University.

After a brief career in architecture, Hamann joined his family in building a regional community bank, Great Western Bank. He took time off to earn his M.B.A. from the Wharton School of the University of Pennsylvania in 1990, and worked in investment banking with MONY Capital Markets, an affiliate of Mutual of New York Life.

Hamaan later rejoined Great Western Bank as holding company president, focusing on bank acquisitions. Great Western grew to 100 locations in six states and 800 employees by the time of its sale in 2008. At Spectrum, Hamann oversees an investment team active in private equity, real estate, public securities, and other investments.

In 2007, Hamann and his siblings formed the Hamann Family Fund, which actively supports the arts, education, human services, and mental health organizations. Hamann recently earned the Chartered Advisor in Philanthropy designation from the American College of Financial Services.

Hamann has two children, and is engaged to Joan Squires, president of Omaha Performing Arts, the largest arts organization in Nebraska. His daughter is a 2018 graduate of Interlochen Arts Academy and continues her education at the University of Miami (Florida) Frost School of Music. His son attends graduate school at the University of Washington in Seattle. 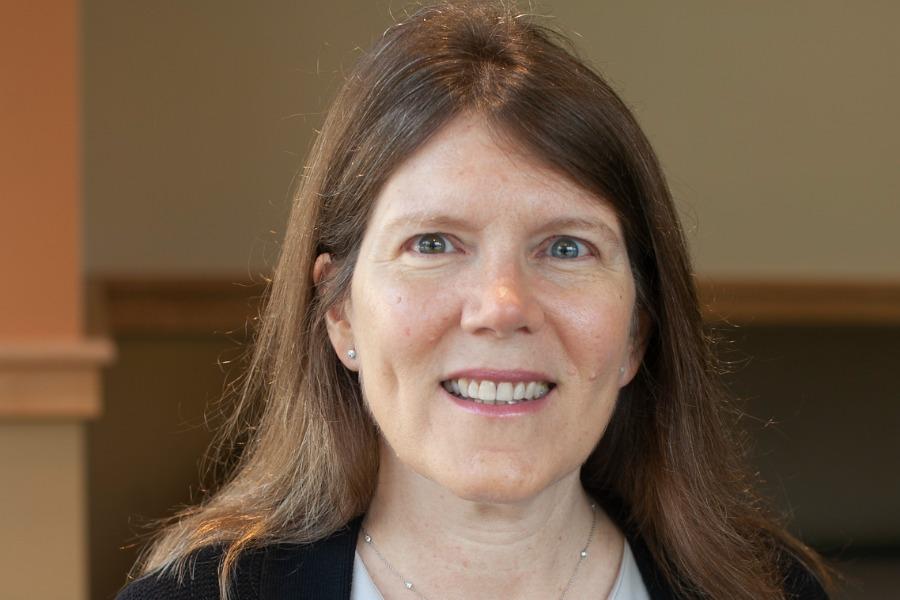 Herrera is also a board member and co-chief investment officer of Itiquira Acquisition Corp., a SPAC focused on acquiring a company operating primarily in Brazil in the healthcare, education, consumer, and technology sectors. She also serves on the advisory board of Princeville Capital, an investment firm focused on backing rapidly growing technology-related private companies around the world. Previously, Herrera worked in investment banking for over a decade, and prior to that she was a management consultant at Accenture.

Herrera is passionate about education and the arts, and has been actively involved as a board member of several not-for-profit organizations.

Herrera first fell in love with Interlochen in the summer of 2006 when her oldest son studied piano at Interlochen Arts Camp. She still remembers being awestruck by the high school musical production: the talent, energy, and artistry surpassed that of the best musical theatre productions she had seen on Broadway. Since that first year, she has returned to Interlochen almost every summer with her three children—Francisco, Isabel, and Inés.

Herrera has a M.S. in industrial engineering from the School of Engineering of the University of Buenos Aires, an M.B.A. from The Wharton School, and a M.A. in International Studies from the Lauder Institute of the University of Pennsylvania. Herrera holds dual Argentine and U.S. citizenship, and, in addition to English and Spanish, speaks French and Portuguese. 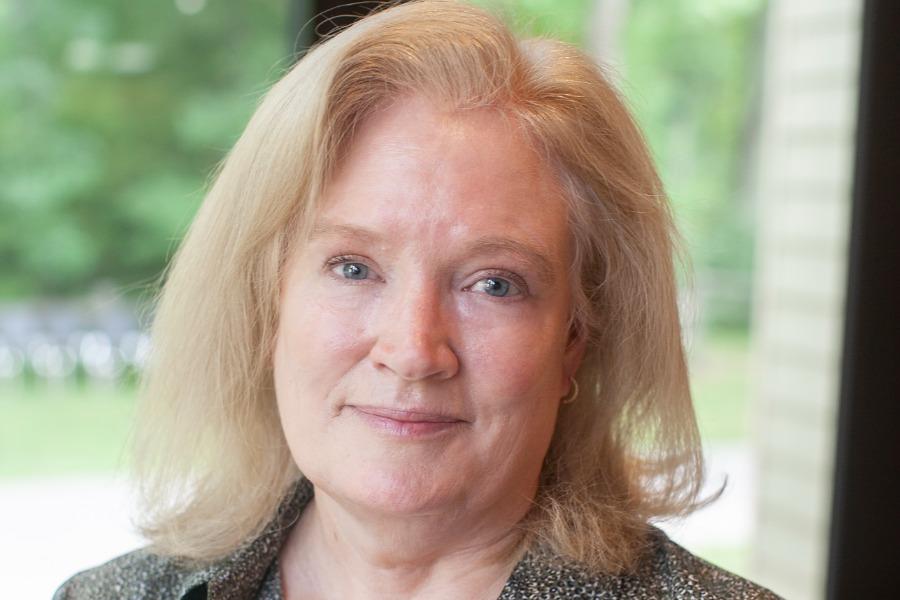 Lisa Herrick is an attorney and fourth-generation president of the Herrick Foundation.

Herrick lives in the Ann Arbor area and has an adult son and daughter. Her daughter attended Interlochen Arts Camp for several summers and graduated from Interlochen Arts Academy in 2013. Herrick has seen the transformative power of an arts education first-hand and is committed to ensuring that those opportunities continue to expand. 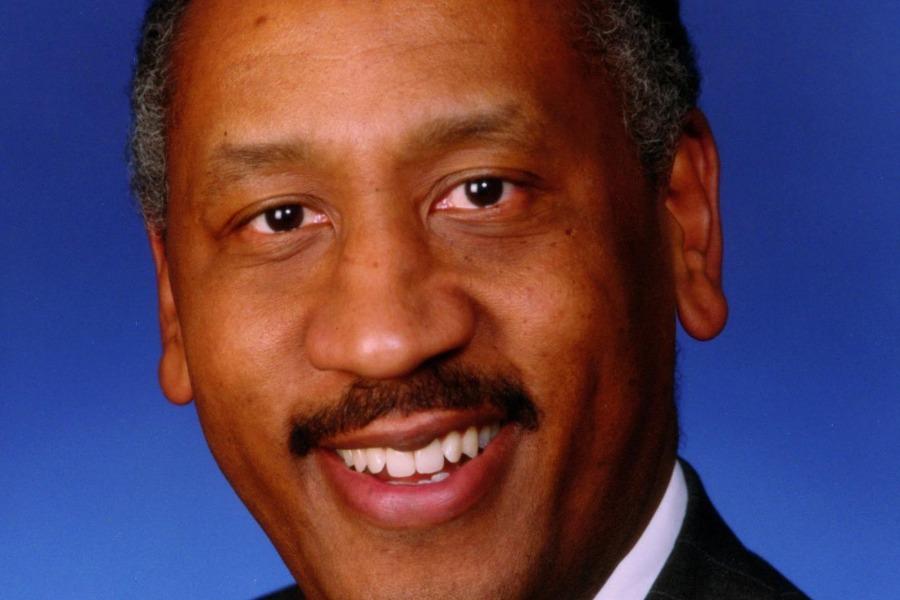 Edgar Smith is the founder, chairman, and CEO of World Pac Paper, LLC.

Building on his 25-plus years of industry experience with six leading Fortune 500 companies, Smith has grown World Pac Paper to be an award-winning and innovative global distribution company. The company has been recognized by the Cincinnati USA Regional Chamber of Commerce as the Small Business of the Year and the U.S. Chamber of Commerce as a Blue Ribbon Small Business Award winner.

A Distinguished Eagle Scout, Smith is a graduate of Morehouse College and has completed post-graduate advanced management and executive education through Leadership Cincinnati, the Regional Leadership Forum (Fellow), Tuck School of Business at Dartmouth, and the Kellogg School of Management at Northwestern University.

Among his many accolades, Smith has been selected as Ernst & Young Entrepreneur of the Year (Regional Award winner) Lifetime Achievement Honoree, the Small Business Person of the Year for the State of Ohio, and the recipient of the Innovative Creative Entrepreneur Award (ICE)—Outstanding Alumnus from the Morehouse College Entrepreneur Center. World Pac Paper has also received numerous awards and community honors, including The Medical Mutual Pillar Award for Community Service, the Beacon of Light Humanitarian Award from Lighthouse Youth Services, and the Cincinnati USA Regional Chamber Business Award for Community Involvement.

In addition to his entrepreneurial endeavors, Smith has served on several corporate boards, as well as non-profit boards including ArtsWave, Americans for the Arts, the Cincinnati Symphony Orchestra, National Instrumentalist Mentoring and Advancement Network (NIMAN), National Underground Railroad Freedom Center, Marietta College, Cincinnati USA Regional Chamber of Commerce, and the U.S. Chamber of Commerce, among others.