Loosely based on real-life medieval king Charlemagne and his son Pippin, the musical features a book by Roger Hinson and Bob Fosse and music by Stephen Schwartz. 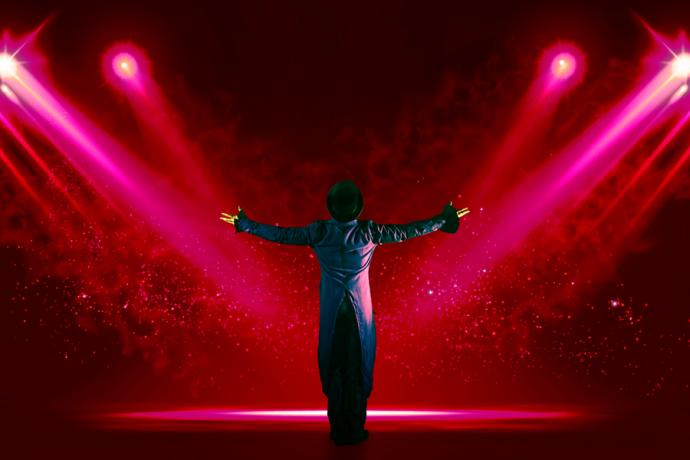 The Interlochen Arts Academy Theatre Division will present the Interlochen premiere of the Tony-nominated musical Pippin on Friday, Nov. 19 at 7:30 p.m. and Saturday, Nov. 20 at 2 p.m. and 7:30 p.m. in Corson Auditorium. Tickets can be purchased at tickets.interlochen.org.

Loosely based on real-life medieval king Charlemagne and his son, Pippin, the musical follows a mysterious performance troupe as they tell the story of the titular character. Guided by the troupe, Pippin embarks on a fanciful journey to determine the purpose of his life. As his path leads him through twists, turns, and do-overs, Pippin discovers that true happiness is often found where we least expect it.

According to director Matthew Lindstrom, audiences can expect a unique combination of the original Bob Fosse production (including Fosse’s original choreography) and the “circus-like” revival. The production will also feature sword fights, magic, tap-dancing, flying actors, disco balls, a remote-controlled duck, and much more.

“Pippin is my all-time favorite musical,” Lindstrom said. “It’s a unique story that continues to be relevant nearly 50 years after its premiere: the search for a meaningful, fulfilling life. With great songs and big dance numbers, it’s truly a musical for people who love musicals. I hope that everyone can come and join us on Pippin’s journey.”

In compliance with Interlochen’s COVID-19 policy, all visitors must wear masks while inside campus buildings and for the duration of the performance. COVID-19 vaccines are strongly recommended for those eligible.