Lu wasn’t considering coming to the United States until an elementary school classmate told him about Interlochen. 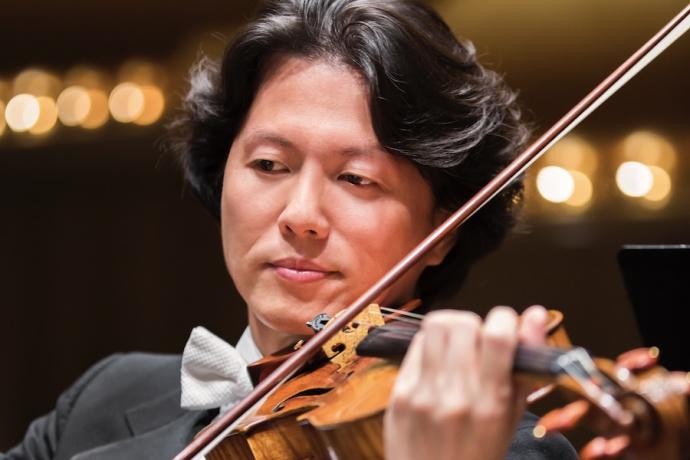 Violinist Kuan Cheng Lu (IAA 96-98, IAC 97) plays in the New York Philharmonic, where he holds the distinction of being the Philharmonic’s first Taiwanese classical musician in its 170-year history. Though Lu grew up in a musical family, he never thought he’d become a performing artist. A connection with an old classmate catalyzed his decision to move to the United States, attend Interlochen, and pursue his dreams.

Lu’s interest in music began when he was six years old and received his first instrument.

“My dad brought home a half-size Japanese-made violin,” says Lu. “I remember seeing it sitting at the table and wondering, ‘Is that for me or someone else?’ It was for me.”

Soon, Lu began taking violin lessons. As his skills developed over the years, he began to plan for the future: he’d stay in Taiwan, attend college there, and become a teacher like his father.

All his plans changed after Lu’s sophomore year of high school.

From Taiwan to the United States

That year, Lu heard from an elementary school classmate who had left the country and gone to the United States. The cello player had just graduated from an arts school in northwest Michigan—Interlochen Arts Academy. She spoke warmly about Julia Bushkova, the outstanding teacher she had worked with during her time at Interlochen.

“That was the first time I really thought about leaving home to come to America and focus on the violin,” says Lu.

Even though it was the middle of the school year, Lu decided to apply to Interlochen. His application was accepted, setting the course for the next two years of Lu’s life. 17-year-old Lu packed his belongings and flew halfway around the globe.

“I missed the fall semester, so when I came to Interlochen in February it was a snowy Michigan environment. Coming to Interlochen was a pivotal moment in my musical career,” says Lu. “I’d left home to start something serious and do well.”

At Interlochen, I made connections that mapped out the path to where I am right now.

Lu spent his junior and senior year at Interlochen Arts Academy, where he sharpened his violin technique and made important friendships.

“At Interlochen, I made connections that mapped out the path to where I am right now,” he says. “I was surrounded by outstanding peers. In many cases, they became my future colleagues.”

After Interlochen, Lu continued his track towards a career in performance. He attended Oberlin College, where he received his bachelor’s in music. He then attended the Manhattan School of Music for his master’s, and earned his doctorate of musical arts from the Graduate Center, City University of New York (CUNY).

Just five years after graduating from Interlochen, Lu earned a position in the New York Philharmonic.

Looking ahead to March

Lu stays involved with Interlochen to this day. In March of 2023, he will perform alongside Interlochen students in मुक्ति : MUKTI. This interdisciplinary performance brings members of the New York Philharmonic together with the Interlochen Arts Academy Orchestra in celebration of Black liberation.

Lu currently teaches graduate students in orchestra performance at the Manhattan School of Music, so he’s no stranger to working with younger students. He’s looking forward to spending time with gifted musicians from his high school alma mater.

“I think it is so important to encourage young musicians,” he says. “Whenever I explain something to others, it opens up new ideas to me. I hope my own son will be interested in the violin someday, too.”

Sharing his love for the violin is only natural for Lu, who enjoys offering his insights to the next generation of musicians.

“You have to embrace the new ideas while cultivating the old traditions,” he says. “Work hard, work smart, and pursue the dream. Get to know your strengths and special abilities. Discover yourself. You never know where your journey might take you.” 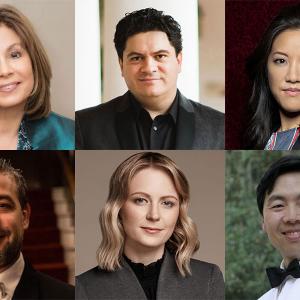 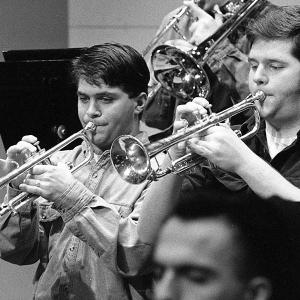 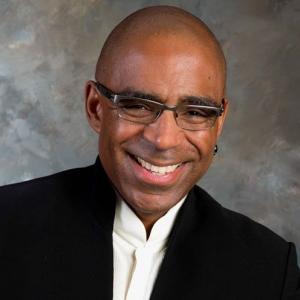