Band Camp is back

For the first time since the onset of the pandemic, musicians from across the country gathered on the Interlochen campus for Adult Band Camp, one of Interlochen College of Creative Arts’ most popular programs. 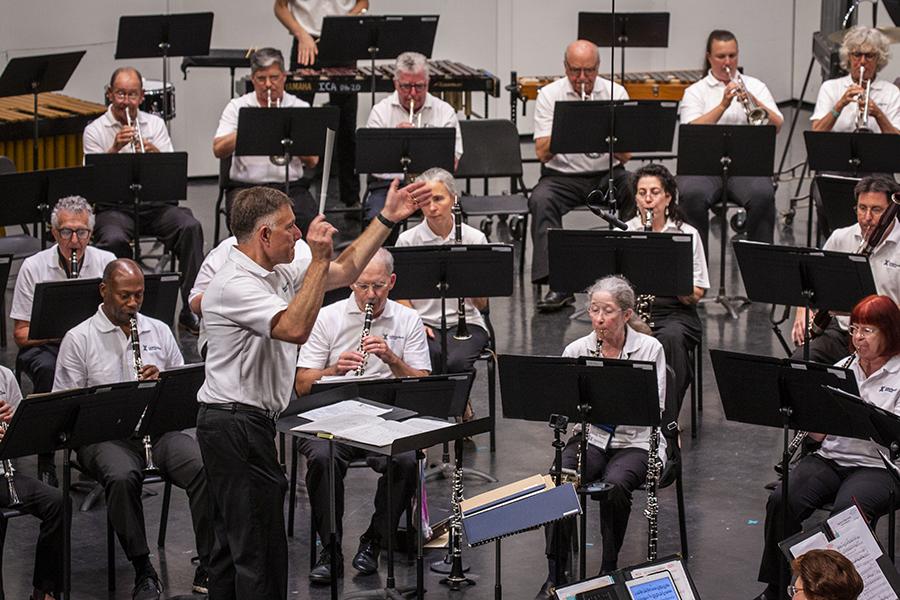 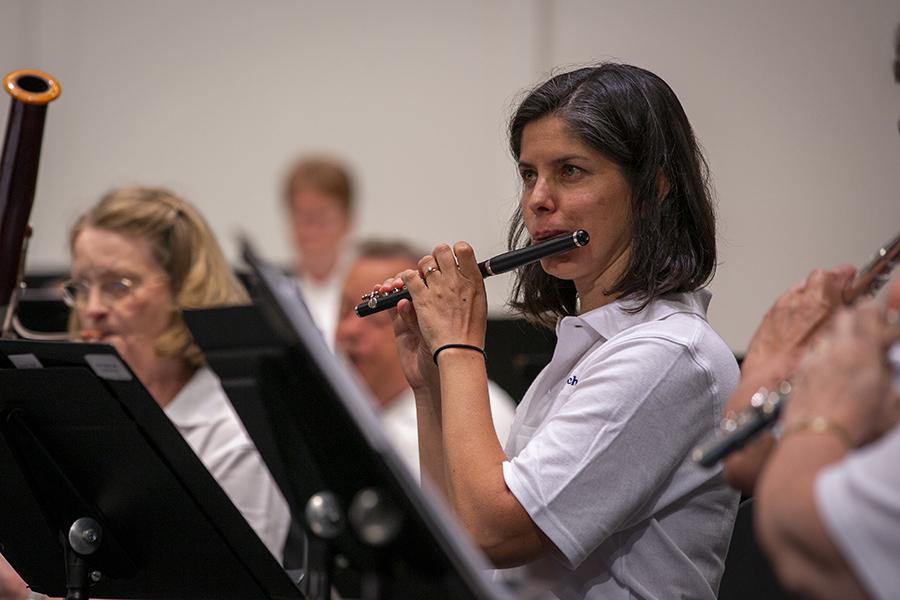 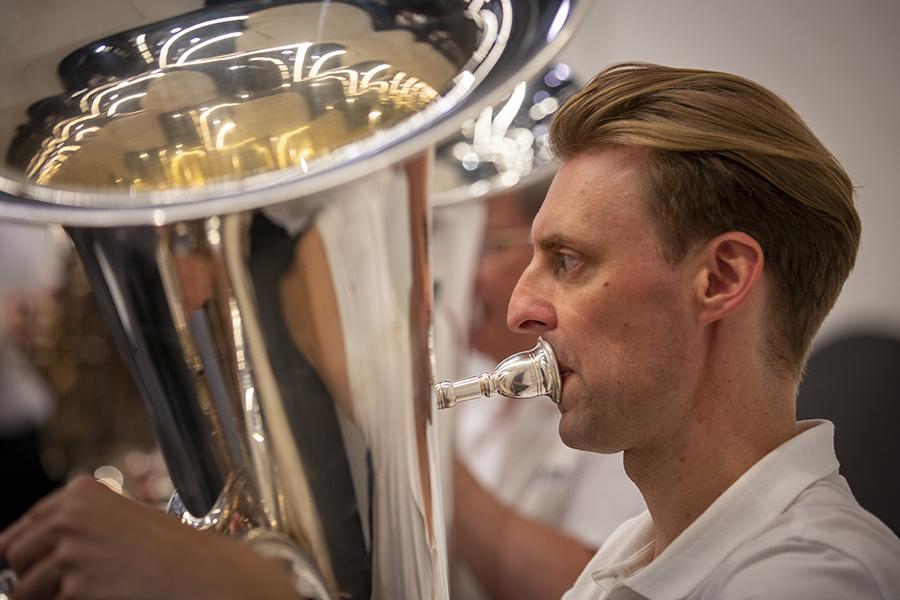 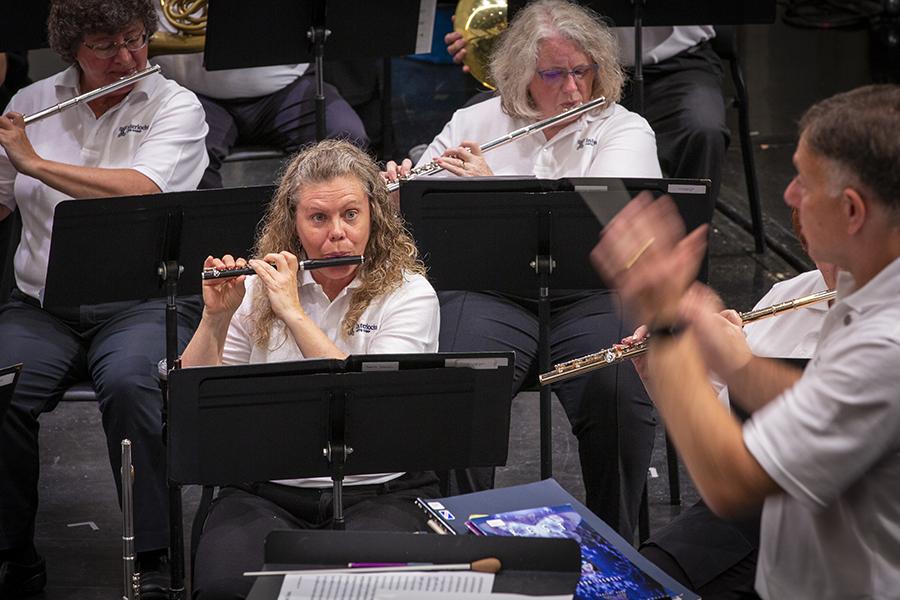 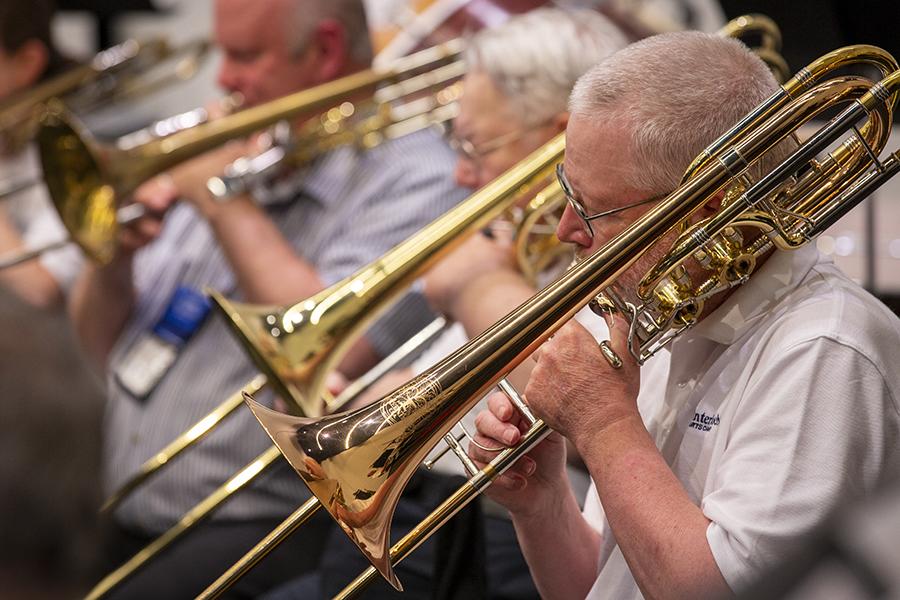 At long last, 70 passionate instrumentalists from across the country were able to join together at Interlochen for a joyous week of study, rehearsal, performance, and fellowship.

Tom Riccobono, Interlochen’s instructor of low brass and principal trombone of the Traverse Symphony Orchestra, has led the program since its founding in 2005. “From the start, Adult Band Camp has been one of Interlochen College of Creative Arts’ most popular programs,” said Riccobono. “Our recent virtual band camps were a success, but there’s nothing like the joy and camaraderie of making music in person. We’re thrilled to welcome our adult players back to Interlochen again.”

A safe and joyous return

Following two virtual band camps—the well-received inaugural online program that launched in August 2020 paved the way for a second session in February 2021—Gary Gatzke, Interlochen’s associate director of continuing and community education, worked hard to ensure a safe return to in-person programming for Interlochen College of Creative Arts. The programs were re-envisioned to incorporate health-and-safety protocols aligned with guidance from the Michigan Department of Health and Human Services, including mandatory masks in the public spaces of on-campus buildings.

For Gatzke, who joined the Interlochen staff in 2019, Adult Band Camp’s return marks a special milestone: For the first time, he personally welcomed participants to campus. “After two years of planning and working behind the scenes, it has been wonderful to finally meet all of these individuals,” said Gatzke.

The fast-paced program attracts a wide range of musicians, from hobbyists and music educators to professional musicians. “Really from day one, it’s a sight-reading experience. Participants go from zero to performance over the course of just six days, with the support of an incredible faculty.”

Designed to delight and challenge participants, the program’s repertoire features classic numbers as well as contemporary works. The repertoire includes “Apparition de l'Eglise Eternelle” by Messiaen and arranged by Miller, “La Mezquita de Cordoba” by Giroux, “Huckleberry Finn Suite” by Caesarini, “Lincolnshire Posy” by Grainger, among many other works.

Nurturing a love of music

A lifelong musician and social scientist, Rachel Hickson travelled to Interlochen from Silver Spring, Maryland. She participated in Adult Band Camp Online and is eager to play side-by-side with fellow musicians again.

“I’ve tried to stay focused on my own wellness, and Interlochen is a great place to do that,” Hickson said. “We are in nature. We get to breathe deeply and exist in this much lower stress atmosphere, which in itself is wonderful.”

Hickson played woodwinds until she made a mid-life transition into the percussion section. She enjoys the challenges presented by multiple instruments, and since she made the switch, never turned back.

“In percussion, there’s a real focus on rhythm that’s much more intensive. And there’s about a dozen different instruments that each require different expertise,” she said. “I like the idea of going to a place that’s focused on one thing. Being able to get in that zone and just play as much as I want is a real treat.”

Hickson also treasures the opportunity to study with extremely skilled musicians. “They make all of us want to do better,” she said.

Bruce Sole, a retired music educator who has participated in Adult Band Camp for many years, travelled to Interlochen from Northville, Michigan. He plays the euphonium and trombone, and especially enjoys performing duets in his leisure time at Interlochen. “You’re immersed when you’re in a band rehearsal or a duet with another person,” said Sole. “That’s what I love about it. It’s immersive.”

At Interlochen, Sole reunited with musicians he met in past years from California and other parts of the country. “We’re playing all of the time. It just takes me away from everything. When you’re playing in a band, you can’t think about anything else.”