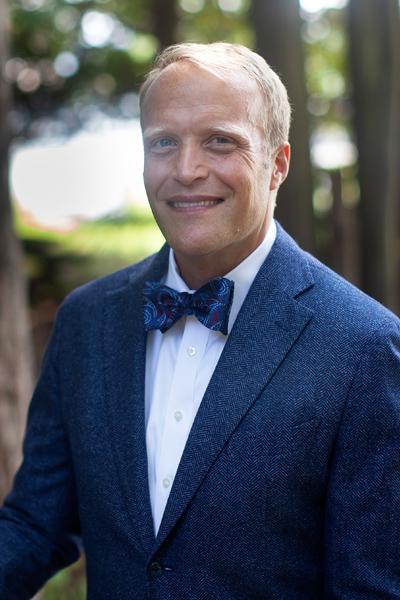 Devey began his tenure working toward the completion of the Sasaki Plan, which was created in 1990 with the goal of transforming Interlochen’s campus and completed in 2021. Each of the completed facilities under Devey’s leadership were fully funded by the generous support of donors and the Interlochen Board of Trustees, including the $24 million Music Center (2019), renovated and expanded Dance Center (2021), the Interdisciplinary Arts Studio (2021), and Dow House (2021).

Early in his tenure, Devey initiated a full review of Interlochen’s programs, drawing from feedback from students, parents, and alumni to identify and codify the defining characteristics of an Interlochen education. The resulting social-emotional learning curriculum, The Interlochen 5, was adopted in 2020 and continues to guide artistic, educational, and personal development programming at Interlochen Arts Academy. Through The Interlochen 5, students develop five key capacities, unlocking their potential and empowering them to lead inspired lives with enduring confidence.

During the COVID-19 pandemic, Devey worked closely with a diverse group of Interlochen’s shareholders—including trustees, faculty, staff, volunteers, and supporters—to sustain the organization and its mission. As a result, the 2020 Camp season was successfully pivoted to an online platform, paving the way for the establishment of Interlochen Online as the institution’s sixth business pillar. Under Devey’s leadership, Interlochen Arts Academy reopened for the 2020-21 academic year. Interlochen Arts Camp returned at reduced capacity during the summer of 2021 and resumed full operations during Summer 2022.

Devey has set the vision for Interlochen’s 100 year anniversary, occurring in 2028, turning the organization’s focus towards people and programs. Initiatives include advancing Interlochen’s leading edge curriculum, growing the breadth and depth of visiting artists, attracting and retaining exceptional faculty, expanding regional and national touring opportunities for students, launching Interlochen Online, and increasing access and affordability by building the endowment.

Prior to joining Interlochen, Devey served as president of the Cincinnati Symphony Orchestra (CSO), Cincinnati Pops Orchestra and Cincinnati May Festival from 2009 to 2017, where he led the organization through a financial turnaround while supporting innovative artistic projects, expanded community engagement initiatives and growth in educational programming.

Under Devey’s leadership, the CSO maintained its place as one of only fifteen 52-week American orchestras and achieved nine consecutive fiscal years with balanced budget operations. An enthusiast of all art forms, Devey spearheaded collaborations between the CSO and other artists and organizations, and expanded CSO’s partnership with WGUC, Cincinnati’s classical music public radio station. During his tenure, concert attendance increased significantly and over $225 million was raised for special projects, capital needs, bridge funding, debt elimination and endowment in addition to substantial growth in annual fund support and planned giving commitments.

Devey was named as Cincinnati’s, class of 2010, 40 Under 40 and served as a board member of Ohio Citizens for the Arts, Society for the Preservation of Music Hall, Music Hall Revitalization Corporation, American Classical Music Hall of Fame, and CCMpower. He currently serves on the Board of Traverse Connect and is a member of the Young Presidents’ Organization (YPO).

In addition, Devey’s commitment to community, innovation and diversity align directly with the core values of Interlochen. With Devey’s help, since 2013, the CSO has earned nine prestigious community honors for its innovative programming, commitment to diversity, service to community and organizational strength.

Interlochen is a training ground for great artistry, but creative capacity, interdisciplinary perspective, and collaboration is at the heart of what we develop in our students. Giving students global and cultural perspectives are the makings for citizen artists and positive change in our world.

M.B.A - The Wharton School of the University of Pennsylvania