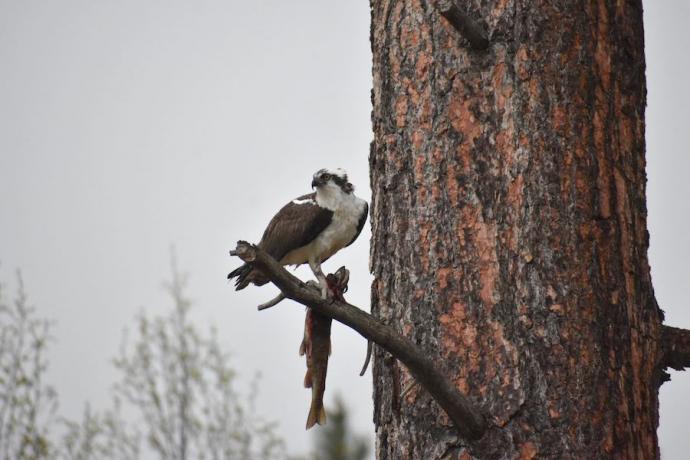 Five Interlochen Arts Academy students were named winners of the Global Oneness Project’s “Spirit of Reciprocity” Photography and Original Illustration Contest. Arts Academy students Paula Calatayud, Abigail Getty, Haley Gipson, Rose Lehrman, and Ellie Lint were selected from among hundreds of students around the world. Their winning works are featured on the Global Oneness Project’s website alongside short essays about each submission.

Inspired by the writing of celebrated author and ecologist Robin Wall Kimmerer, the contest invited students to take a photograph or create an original illustration that reflects the spirit of reciprocity and kinship with the living world. Through her work, Kimmerer draws on the wisdom of plants and asks, “How, in our modern world, can we find our way to understand the earth as a gift again, to make our relations with the world sacred again?”

Arts Academy students participated in the contest as part of an ecology course for juniors and seniors led by Mary Ellen Newport, instructor of ecology and advanced biology and director of the R.B. Annis Math and Science Division. In the course, students explore the theme of interconnectedness through hands-on projects and discussion of readings and remarks about the natural world by writers, artists, and ecologists.

“I was absolutely stunned by the range of our students’ work and their insights,” said Newport. “In many ways their projects represent a culmination of our explorations together this year.”

Founded in 2006 as an initiative of Kalliopeia Foundation, the Global Oneness Project offers a rich library of multimedia stories that aim to foster a sacred relationship to our planet. Its films and lessons have been featured in National Geographic, The Atlantic, The New York Times, and The New Yorker, among many other outlets, and in public and independent schools around the world.