Television writer/producer on plotting her own journey

Coming to Interlochen Arts Academy was a "lifesaving experience" for Jonnah Speidel (aka Our Lady J) on both artistic and personal levels. 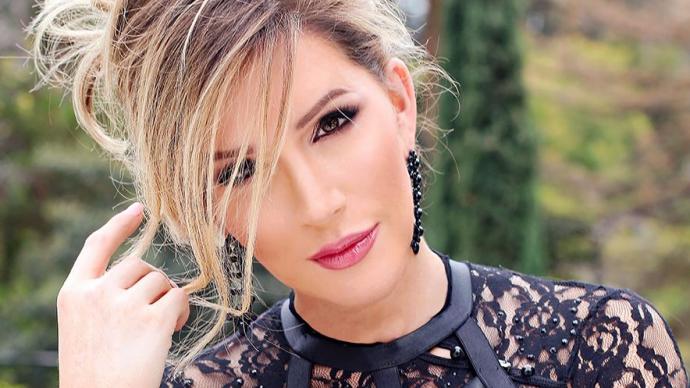 Finding ourselves takes time. It's a process that becomes more actualized as we work toward it bit-by-bit each day. In the end, all we ask and expect from others is honesty and transparency as we collectively move toward our individual ends.

Growing up in a small southern Pennsylvania town, J found herself at a young age frustrated and unable to communicate her discontent with societal expectations and gender norms.

Then without the vocabulary to articulate the feelings within, she found solace and her first artistic voice through piano. Classical music became a survival tool and "a beautiful way to express myself," J recalled during a phone call from the California-based production facility for Transparent. "The anger of Beethoven … the sadness of Chopin and the trippiness of Debussy" all gave J a wordless voice. But it was another composer who indirectly led her to Interlochen: George Crumb. Familiar with the avant-garde work of Crumb, J found herself studying piano with Crumb's contemporary and friend Dr. William Bland (IAC/NMC 65) not far from her rural Pennsylvania home. It was during those formative lessons with Bland that J was introduced to Interlochen.

With encouragement and help from Bland, she would eventually apply and be accepted to Interlochen Arts Academy. Moving to Michigan "became my ticket out of the town," J reflected before adding, "It was much more than an artistic education: it was really a lifesaving move for me."

At home in the land of the stately pines, J spent her junior and senior year of high school making friends, honing her craft and finding herself. Even as a piano major, J was challenged and supported to improve herself holistically. "It was amazing how all of the teachers and all of the classes—and not just the music classes—really treated us like their class was what we were there for."

It was in her literature class with longtime Interlochen instructor Howard Hintze that J was first encouraged to find her own narrative, she said. With the aid of a journal and the tutorship of her instructors, J found the words that once only existed as music notations.

No longer limited to the yellowing sheet music of a long-deceased composer or the lead scratches of her own compositions, J explored the strength and depth of this new-found voice among her peers and friends. At Interlochen they were not just kids—they were young artists, empowered by their surroundings, living in academia and studying modern works and topics that would otherwise be taboo back home. It was at Interlochen that J had the opportunity to delve into the works by Flannery O'Connor, to read about queer life, and for the first time in her life find a mirror in which she could see herself in literature.

Although a shock to some at the time, the pierced ears and blonde hair that then adorned J were a necessary step in her personal journey. Two years at Interlochen had a profound effect on J internally. The external manifestations of her growth would continue in the years following her time at Interlochen—growth propelled from the introspective exploration of themes on gender fluidity, gender identity, self and belonging.

In a 1955 letter to Betty Hester, Flannery O'Connor quipped that, "The truth does not change according to our ability to stomach it." The truth for J was that life as a member of the LGBT community is often filled with unexpected challenges. But those challenges become an inexplicable part of us. The necessary foil for our good and our success. For J, those successes have been bountiful and important. Not just for her, but for her peers in the trans community.

Over the years J has collaborated with artists like Sia, Scissor Sisters and Debbie Harry, and worked as the accompanist for a young Stefani Germanotta (aka Lady Gaga). The release of J's 2013 album "Picture of a Man" was met with critical acclaim. She has traveled the world as a solo artist and worked tirelessly as an activist for LGBT rights.

In 2009, J held a benefit concert to help cover the expenses of her gender confirmation surgery. The show included performances by Jake Shears and Taylor Mac, among others, and featured special compositions by composer Nico Muhly. An online auction included donations from Tori Amos, Marc Jacobs and "The Backwoods Barbie," Dolly Parton.

"There's a lot of pride in finding joy in adulthood," J said as she discussed life as a transgender adult. She added this advice for young gender nonconformists: "I wish I had just given myself permission to go with every whim. To be more whimsical. Just explore and not to be afraid of exploring."

Years after her time at Interlochen, J found herself revisiting the writing skills that she developed under Hintze. After the success of season one of Amazon's original series Transparent, showrunner Jill Soloway and her team identified the need to bring a voice of authenticity to the writing team. Soloway was already familiar with J, and she invited J to attend a writers workshop with the chance to join the Transparent team. Her work paid off, and J became the first openly transgender writer for the series.

The private journals that house her youthful dreams and reflections now serve as the framework for a powerful outlet to glean much-needed light on the lives of those in the transgender community. Offering a look, a glimpse, a transparent moment for a marginalized group to show the world how much we are truly alike.

As we ended our phone call, the production noise of Transparent’s third season could be heard over the receiver. "Interlochen is the only good academic experience that I had," J laughed, adding, "Out of all of my training it was the only place where I really felt accepted 100 percent for who I was. Artistically and as a human being."

Ahead of the premiere of season three, Transparent has already been picked up for a fourth season. J hopes to continue writing for television, and eventually plans on producing her own musical.