“The Lightning Thief: The Percy Jackson Musical” composer and lyricist reflects on his work, navigating the industry, and his Camp experience. 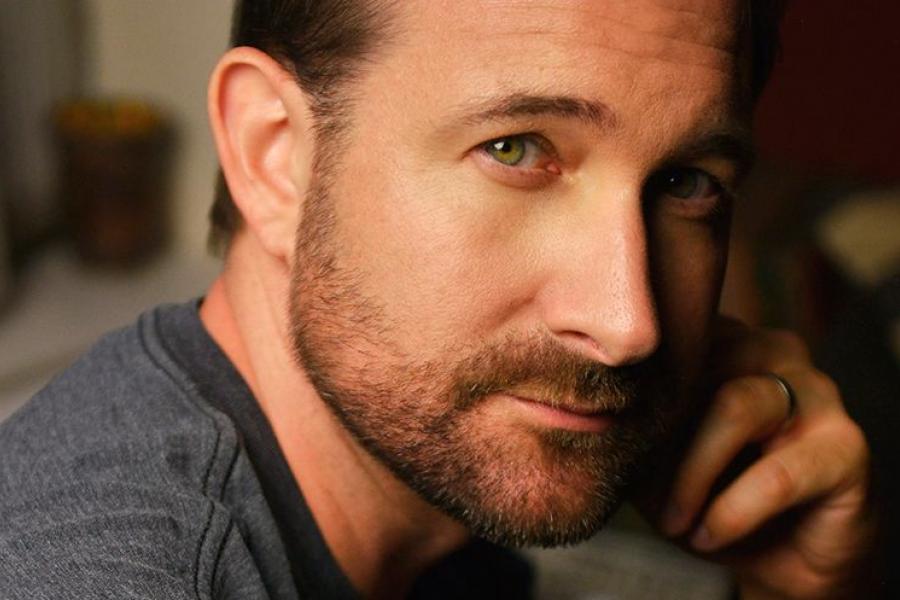 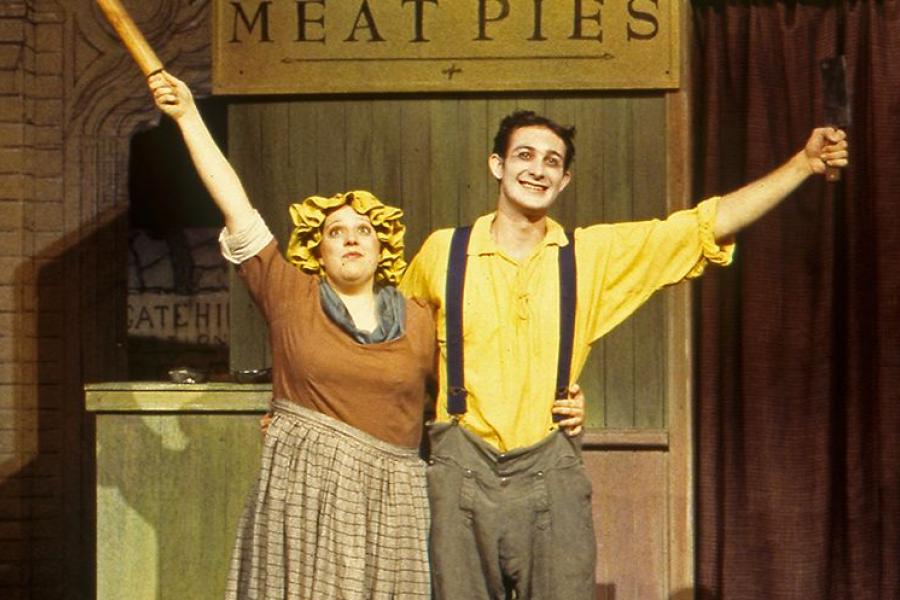 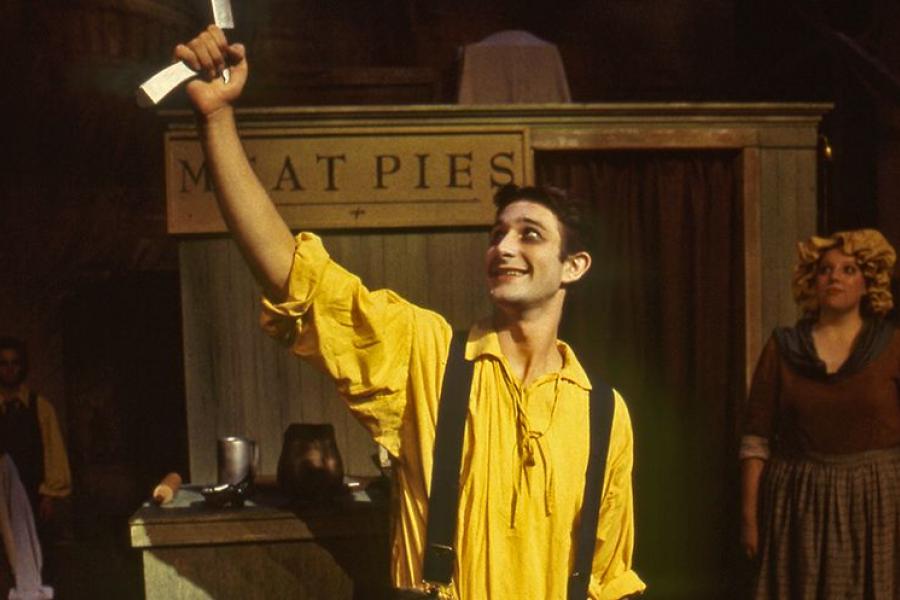 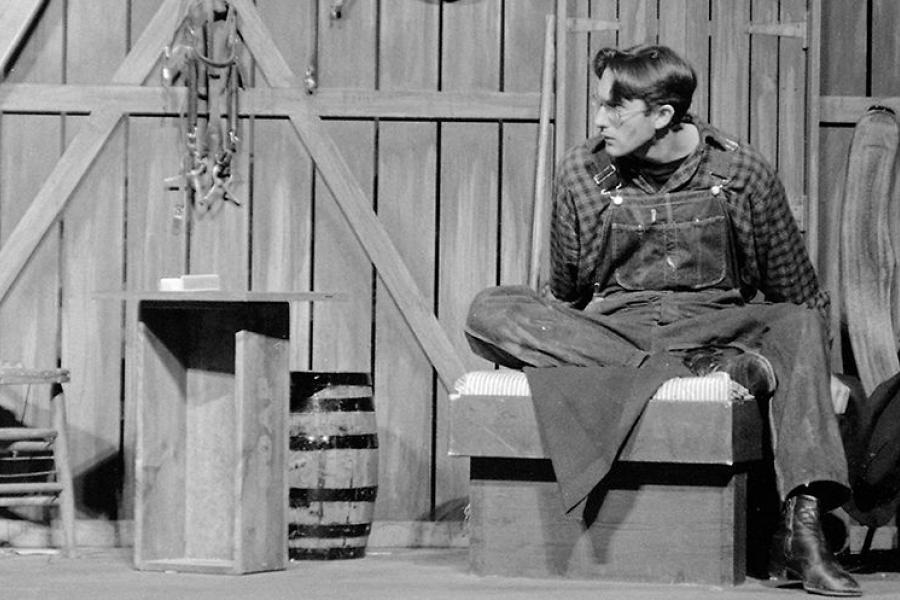 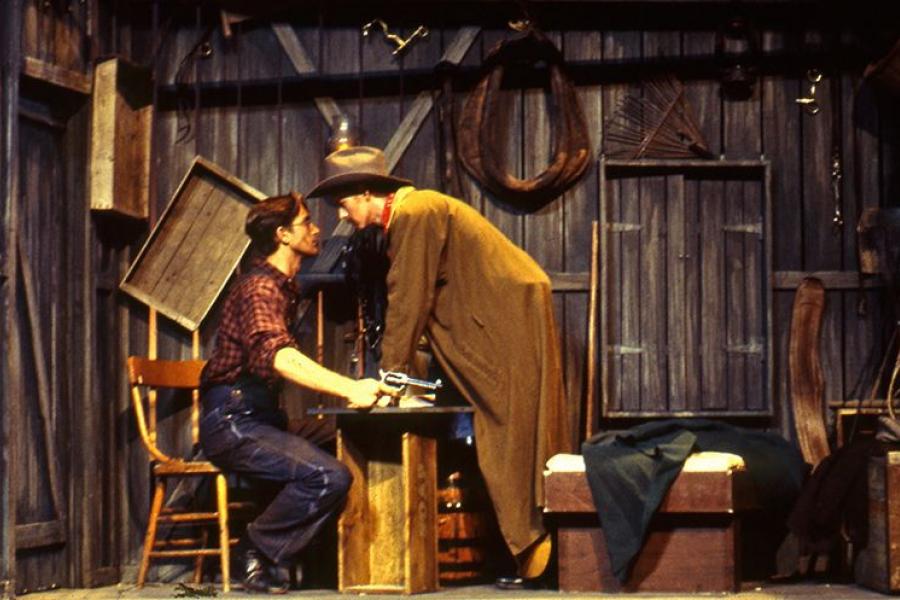 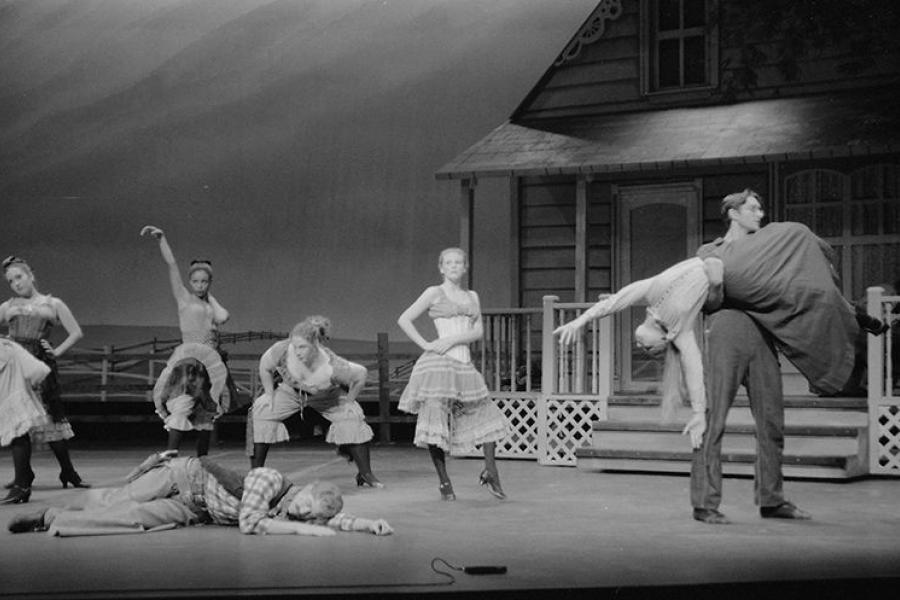 Years before he came to Interlochen to steal Josh Groban’s thunder, Rob Rokicki (IAC 96-97) was immersing himself in arts with his family in Aurora, Colorado.

“My father plays classical piano and my mother sings in a chorale.” Rokicki said.

Rokicki’s exposure to music was eclectic; from Rachmaninoff to Bruce Springsteen, everything he heard informed his love for the arts. Naturally, Rokicki began his own artistic journey at a young age.

“All my friends wanted to be engineers or lawyers. I was always bad at math, but whatever.” Rokicki added with a laugh.

One day a Colorado classmate told Rokicki about an arts camp in Michigan. Intrigued, Rokicki asked his father about it.

“My dad was like, ‘Oh yeah! I went there for All-State.’” Rokicki said.

“It was the first time that I tried guided meditation and the Alexander Technique. Interlochen opened my mind to a whole new way of looking at things,” Rokicki said.

Both productions gave Rokicki new insights on what it really means to be a monster.

“Jud is sort of defined by the era and the production,” Rokicki said. “Is he a villain? Is he a tragic character? Also, what does it take to get ahead? From that perspective, Curly is just as guilty as Jud for taking what he wants.”

As the composer and lyricist for Drama Desk, Lucille Lortel, and Off-Broadway Alliance-nominated shows Love, NY, 11:11, Experience Marianas, Strange Tails, Martha & Me, Monstersongs, and The Lightning Thief: The Percy Jackson Musical, you can find nods to those questions in his work.

Rokicki’s Monstersongs takes subversion a step further. First, it subverts the narrative around seminal villains like witches, trolls, dragons, and mummies by giving these archetypes depth and humanity. Outcasts, rejects, or products of circumstance—Monstersongs offers the counterpoint that perhaps the scariest things out there aren’t the things that go bump in the night, but the societies that shun them.

“Our culture ‘others’ people all the time,” Rokicki said, “But the true monsters are out there in the real world, and you have to learn how to face them head on.”

Monstersongs also subverts the medium: It has all the earmarks of a contemporary musical, but comes in the form of an original graphic novel rock album. What could have been a hodgepodge of artistic subterfuge ends up being a poignant examination of the world around us, and the stories we tell ourselves to get by.

Fully aware of the realities of commercial theatre, Rokicki knew that he had to think outside of the box to get Monstersongs made.

“You have to subvert the model to get your show out there,” Rokicki said. “Nothing is guaranteed in this industry. Sometimes things you’ve worked years on that you care deeply about can be taken away from you at the drop of a hat.”

Rokicki’s advice comes from personal experience. On Aug. 12, 2019 Rokicki shared on his Twitter account that, “In 2012, I had what would have been my Broadway debut as an actor taken away. I put in months of work and it was cancelled the weekend before we started rehearsals.”

In the wake of that personal and professional setback, Rokicki was suggested by Be More Chill composer and lyricist Joe Iconis to try his hand at working on a show for young audiences. Persistence and hard work paid off, and Rokicki got the job working with Be More Chill’s scribe Joe Tracz on a stage adaptation of author Rick Riodan’s 2005 novel The Lightning Thief.

For many productions, this would be a graceful way to end a shows run, but much to Rokicki’s surprise The Lightning Thief would go on to release an original cast album and complete a full-scale Equity national tour.

On July 28, 2019 the curtains closed on the final performance of that national tour. Even though it was touch and go from time to time, The Lightning Thief’s story doesn’t end there. As part of that Aug. 12, 2019 post Rokicki shared the news that Percy and company would be heading to Broadway’s Longacre Theatre for a limited 16-week run starting on Sept. 20, 2019. As Rokicki’s dream of making his Broadway debut comes to fruition, he acknowledges that it’s not in the way that he had initially anticipated.

“The only advice I give to my students is to be prepared to be kind, and that life is not linear,” Rokicki said. “It’s a strange, weird path. It’s not always obvious that this led this which led to that. We just have to stick with it, and not limit ourselves to thinking there’s only one way to get where we’re going.”

Instead of taking a break before the Broadway premiere of The Lightning Thief, Rokicki is already back to work with collaborator Joe Iconis on their upcoming jukebox musical, Punk Rock Girl.

“That’s the problem with me,” Rokicki said with a laugh. “I just don’t know how to do anything else.”