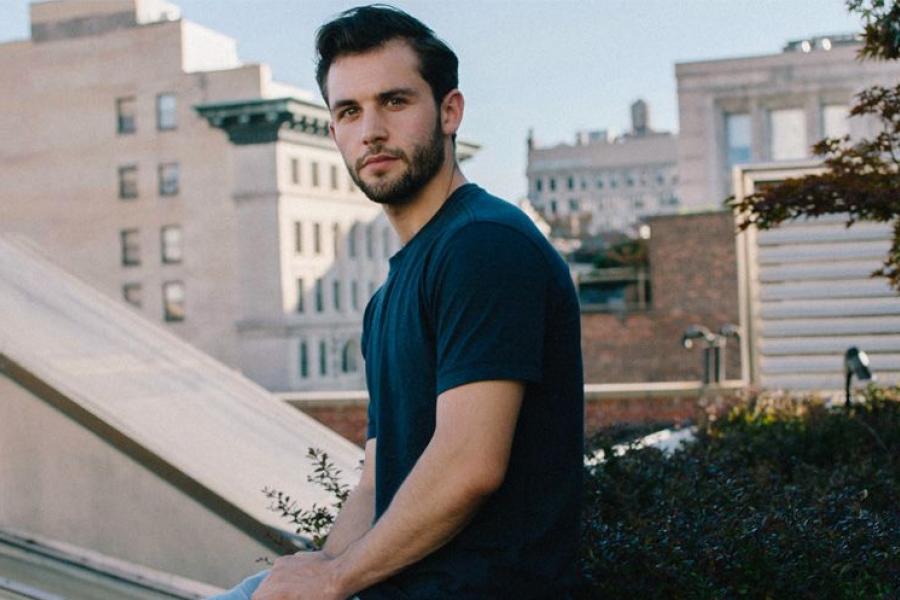 Filmmaker and founder of Five to Sixty Nic Weinfeld. 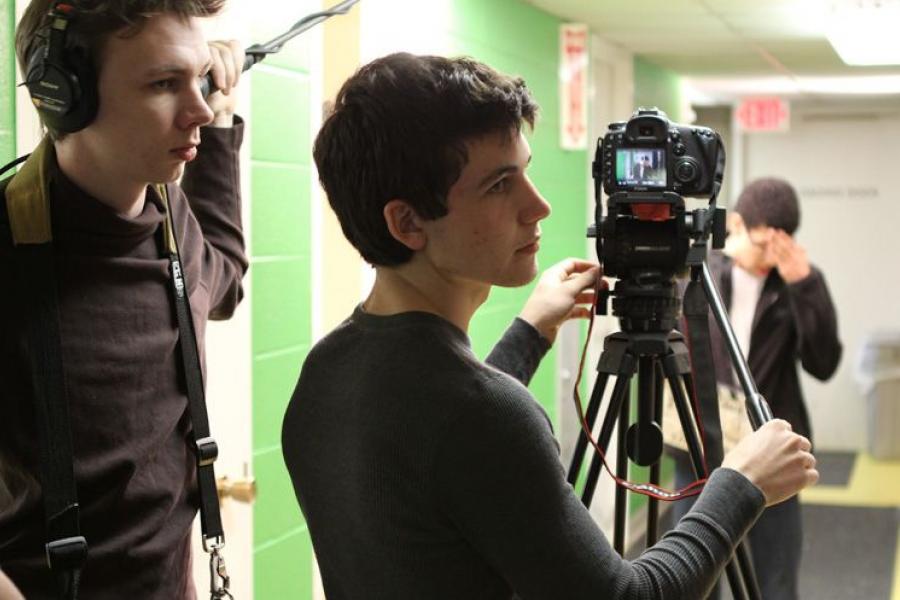 Weinfeld (center) working on a film as a student at Interlochen Arts Academy.

“As soon as I saw Instagram, I knew that it was going to be huge for the future of advertising,” Weinfeld said. “It was a clear niche that nobody had mastered yet, which made it an even playing field.”

After attending the University of Southern California, Weinfeld founded Five to Sixty, a video production company that makes social media commercials targeted towards millennials and Gen Z. Weinfeld’s gamble paid off. Today, Five to Sixty’s clients include Coca-Cola, Microsoft, and Nike. Weinfeld and Five to Sixty also won a gold Telly Award for their recent Super Bowl campaign for Pepsi.

We caught up with Weinfeld to learn more about his journey and future aspirations.

How did you get into filmmaking?
When I was in sixth grade, I was put in an elective class, the purpose of which was to create a school store in our middle school. Our teacher had us pick different roles out of a hat that described our responsibilities. I drew director of marketing, and was tasked with creating videos that would promote the school store leading up to the launch. That’s when I first learned how to operate a camera and use iMovie. I would come up with a video idea, shoot it, and stay after school to edit it. Each morning during announcements, I would watch my friends react to the video that I made the night before. Once I realized people had careers in video production, I poured everything into that.

How did you discover Interlochen?
I remember researching what the best university film program was, and the internet told me it was the University of Southern California. When I entered high school, I enrolled in the only film class my public school offered. I quickly realized that everyone else was there to fulfill an elective requirement, and knew in that environment I would never get into my dream college. I went home and Googled “film high school,” and thanks to some good Search Engine Optimization, found Interlochen. I researched it, and decided this was exactly what I was looking for. I brought my research to my parents and said, “What would you think about me going to boarding school?” It was surprising to them because they had never thought about it, but it was the perfect fit.

What are some of your memories at Interlochen?
We used to film our productions late at night, sometimes outside, in the middle of winter. I remember ordering Bud’s and late-night editing sessions—and definitely not eating Bud’s inside the editing suites! I also used to go off-campus to play hockey with [Instructor of Mathematics] Ms. Kullenberg. [Film & New Media Instructor] Andy Hiss was so key to keeping my passion for filmmaking alive. He taught me so many lessons that I still think of on a weekly basis, such as the importance of storytelling and collaboration.

The collaborative aspect of filmmaking was new to me. Before I got to Interlochen, it was just me making the film. Part of the learning curve for me was realizing that your peers are often better at certain parts of the filmmaking process than you are. That’s a huge takeaway that I have from Interlochen: realizing that I’m not the best at everything, and that if I can collaborate with the people who are better, it will make my film better.

The dream for most aspiring filmmakers is to head to Hollywood or make documentaries. What led you to commercial work?
My dream is still to make documentaries and TV shows, but I’ve always felt like commercials are a great place to get started in the industry. It’s a proven path for filmmakers. In commercial production, you can be in and out of a project in about four weeks, while a film or documentary could take about four years. Each commercial project expands your network and builds your portfolio.

I still do have a foot in the TV/film world; I just sold a series to Universal Music Group for Facebook Watch. It’s a documentary series called Mom, Stop! which features famous rappers sitting down with their mothers and telling embarrassing stories from before they were famous. Then, we recreate the stories with ridiculous animations. We sold four episodes, and we’re developing more.

You founded Five to Sixty as a relatively young filmmaker. What was that process like for you?
It was really great at first. I lucked into catching the attention of Coca-Cola with a commercial I self-funded in high school. Their business kickstarted the company, but shortly after, reality set in. In the grand scheme of things, I didn’t have an established network. Finding work was going to be tough unless I invested in building relationships, so I networked with people in New York City who were hiring for these types of projects.

I must have cold emailed over a thousand people, and only a fraction responded. But by midsummer, I was averaging about five coffee meetings per day and meeting with heads of my favorite production companies. I just landed bigger and bigger jobs and started growing the company. The company itself was the real job. There was a ton of rejection, but it’s ultimately a numbers game: the more you put yourself out there the more relationships you build.

Five to Sixty has a very specific focus: social-first video for millennials and Gen-Z. Why did you decide to focus on this specific niche?
One thing that both my professors at USC and teachers at Interlochen taught me is to always look for what you know. If you do what you know, especially in filmmaking, that’s often where you’ll find the most success.

The prevailing principal when you start making television ads is that the holy grail is the Super Bowl. I knew I would never prevail in the traditional TV ad landscape. I saw Instagram as the future of advertising and decided to pursue that instead.

How is the approach to social-first production different than shooting for TV or film?
The two key factors are attention span and the size of the screen. The aspect ratio is different: a movie is widescreen, but most people hold their phones vertically. You have to learn how to shoot for a vertical screen. For example, I’m never going to have an extreme wide shot of a cowboy walking across the desert. I’m going to start with a closeup of his face, sweating from the heat. The attention span is much shorter on social. You have about three seconds to get someone to stop scrolling and watch your video. In film school, they teach you that you have about three minutes to hook your audience.

Another consideration is that most people watch videos on social without sound, which makes shooting social video almost like making a silent film: you have to rely on visual storytelling.

You also have access to all this data that you’d never be able to leverage in film or television. You can shoot a commercial four different times with four different actors, and target the different versions to whichever demographic resonates with a specific cast. You can’t custom-tailor films like that.

What’s your advice to young artists on starting their own business and branding themselves?
Find your niche and work harder at it than anyone else. A lot of young artists try to say yes to everything. Learning how to say no is more important than saying yes. It allows you to hone your vision and voice. It’s also important to put yourself out there. Finding jobs is all about relationships, and the earlier and more often you invest in those relationships, the more success you’ll have.