When Adam Pelty’s mother passed in April of 2022, he didn’t expect to receive a letter from her a few weeks later.

It was a spring day in Interlochen, and custodian Barbara Shrum was preparing cabins for the upcoming Camp season. She had just started to clean behind a wardrobe in Intermediate Boys Cabin 12 when out fell a green and white envelope with a 15-cent stamp. Inside was a piece of paper covered in cursive writing.

As she scanned the page, Shrum realized that she’d found a letter sent by a mother to her son at Interlochen Arts Camp 43 years before. It was postmarked June 1979. 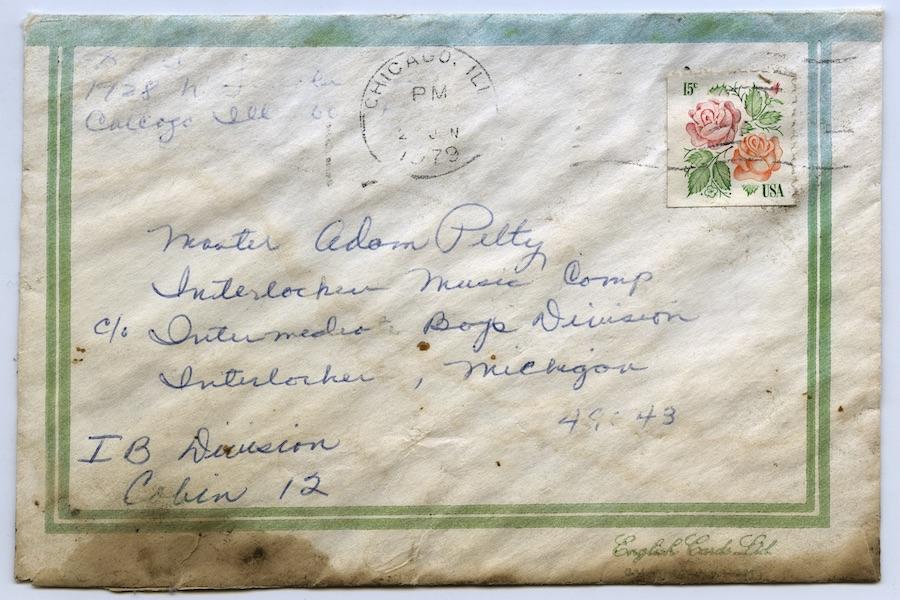 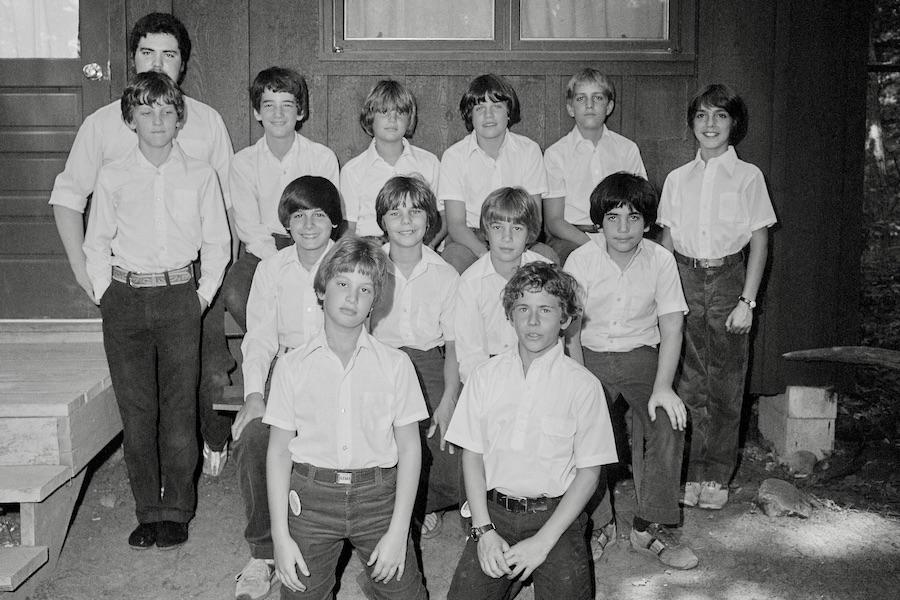 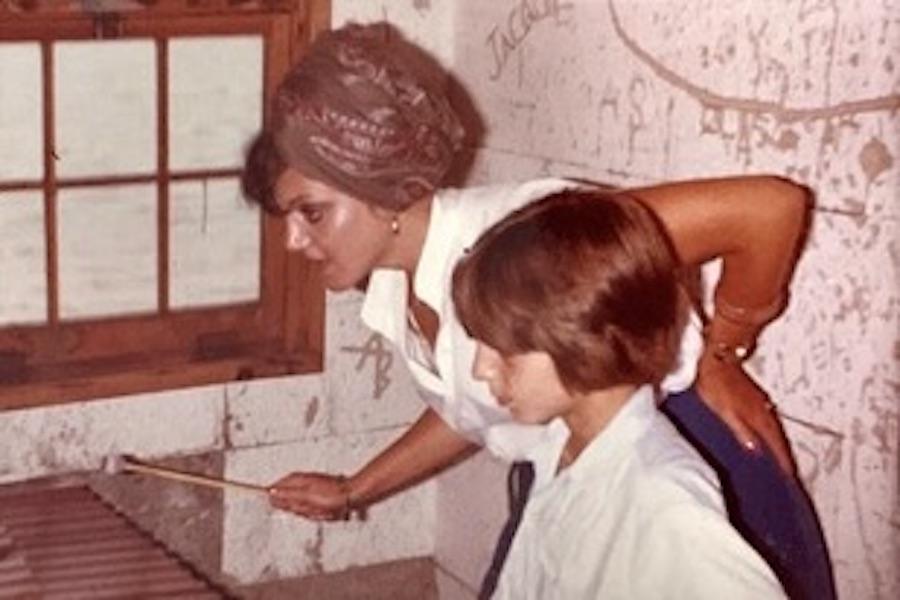 “It got my attention. I thought, ‘how in the world could this still be here?’” says Shrum. “I was just so charmed by how old it was.”

Shrum wondered if there was a way to return the missive to its owner. She brought her find to Interlochen photo archivist Eileen Ganter, who passed it on to Manager of Engagement Programs Carolyn Purcell. Purcell then reached out to Arts Camp and Academy alumnus Adam Pelty (IAC/NMC 79-83, IAA 82-85, IAC Fac 01-03), the letter’s original recipient.

The letter couldn’t have been found at a more opportune time. Pelty received it just a few weeks after its author—his mother, Barbara Pelty—passed away. He was stunned to receive this unexpected reminder of her. 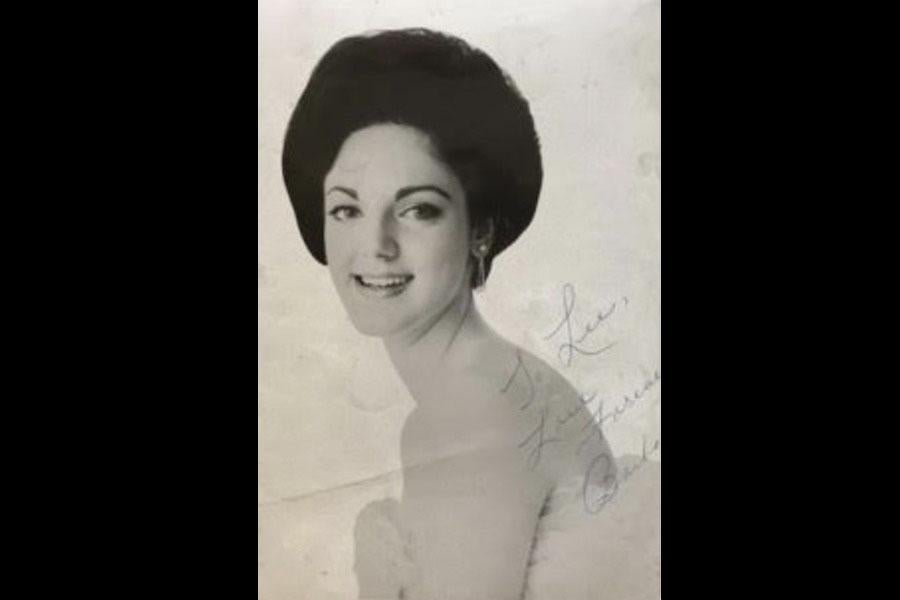 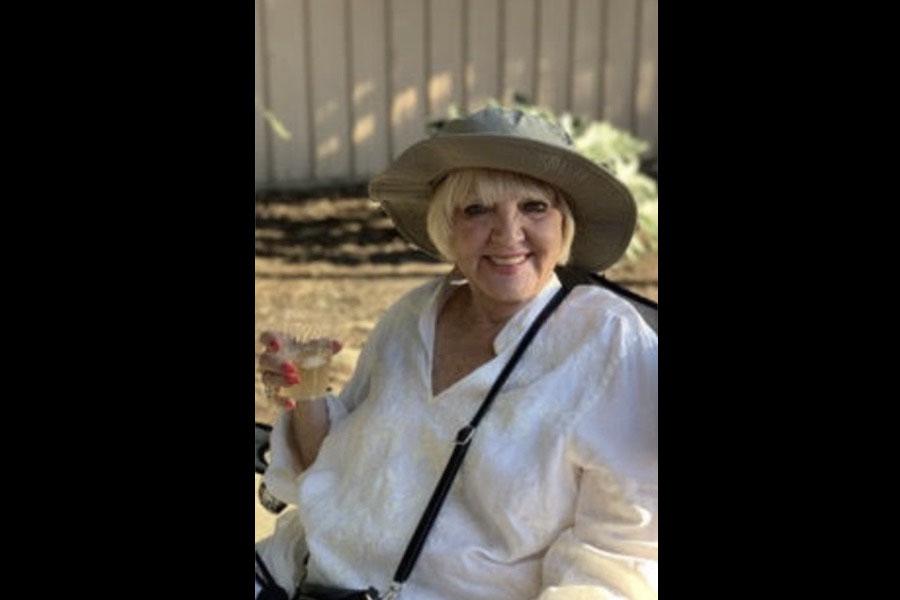 “Beautiful Barbara”
Pelty is an actor and director who led a successful Broadway career and now makes his home in South Carolina. When he thinks about his mother, he remembers a beautiful and talented woman who was deeply dedicated to her family.

“She was extremely generous, gregarious, with a big smile. She was a beautiful woman,” says Pelty. “The response to her passing—all the texts and messages I got—they all called her ‘beautiful Barbara.’”

Barbara was a model and singer who toured with the Ted Weems Orchestra for years. Adam’s father, Lee, was one of Chicago’s most beloved nightclub entertainers. The couple first met at a club called 20 East Room. Lee was singing at the piano bar, and Barbara was on a date with someone else.

It didn’t take long for that to change.

“They loved each other a lot, my parents,” says Pelty.

After their marriage, the couple developed a strong working relationship. Barbara managed Lee and supported Adam’s dreams to the best of her ability.

“My mother kept us all in line,” Pelty laughs.

With his parents’ expert guidance, young Adam became a versatile performer who sang hundreds of jingles for national television and radio commercials, acted in movies, and landed roles in stage plays and ballets. 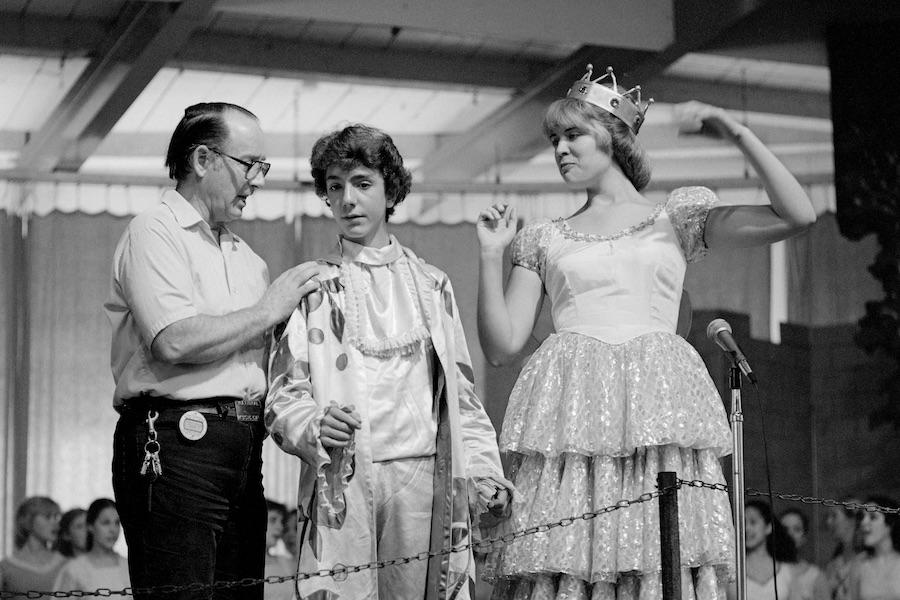 From left to right: Dude Stephenson, Adam Pelty, and Leanne Sandel in rehearsal for Iolanthe, 1982 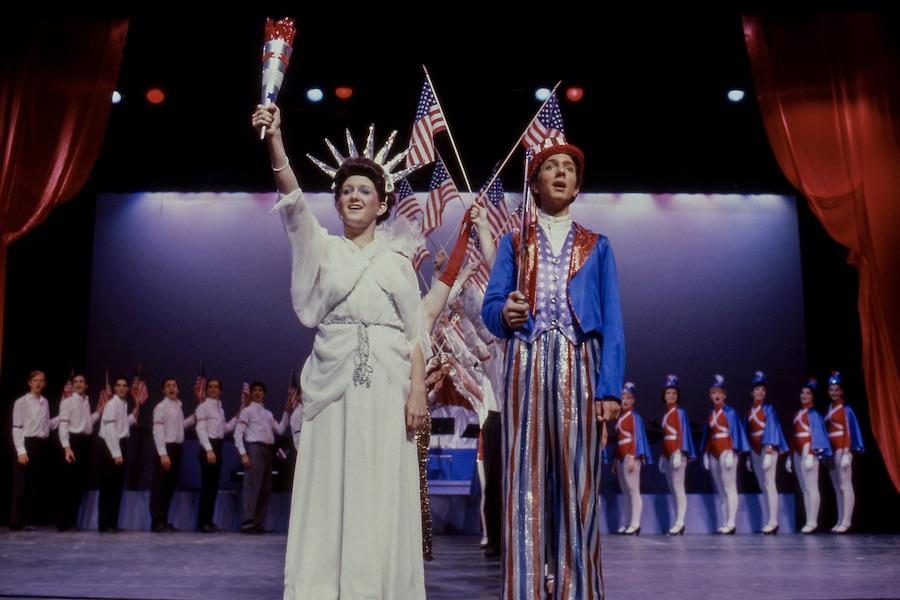 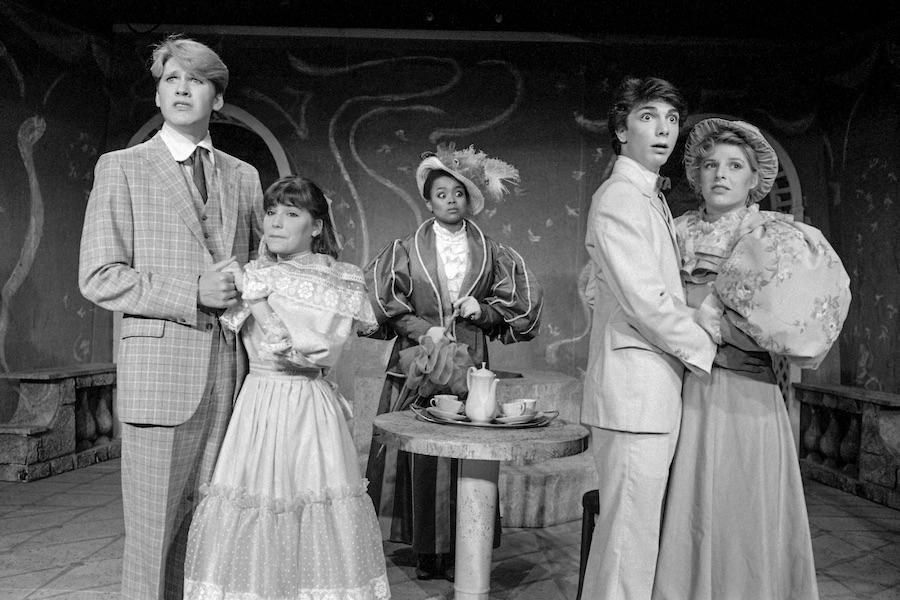 Adam Pelty in The Importance of Being Earnest, 1984-85 (second from right).

Interlochen: phone calls and Mellow Yellow
In the summer of 1978, Barbara and Lee took their son up to Interlochen State Park for a family camping trip. It was Adam’s first time seeing Interlochen Center for the Arts, and he immediately felt a profound connection with the place.

“I couldn’t believe it. I said, ‘how did we not know this was here?’” says Pelty. “From that moment until the following summer, every single day was a countdown to when I could go back there. And when I got there, my entire life changed.”

I heard from her a lot. We had set times that I would go over and drink Mellow Yellow and talk on the pay phone right outside headquarters.

Mother and son stayed in close communication throughout that time.

“I heard from her a lot,” Pelty remembers. “We had set times that I would go over and drink Mellow Yellow and talk on the pay phone right outside headquarters.”

In Adam’s first year at Interlochen Arts Camp, Barbara wrote her son a letter to ask him how he was doing and share news from home. The letter found in Cabin 12 reads in part: “Have you started your classes yet [sic]. I hope you’ve made some nice friends … I can’t wait to talk to you.”

“Your Milk Mate commercial is back on the air,” she adds proudly, referencing a TV spot in which Adam starred. “At least that’s one way I get to see you!!” 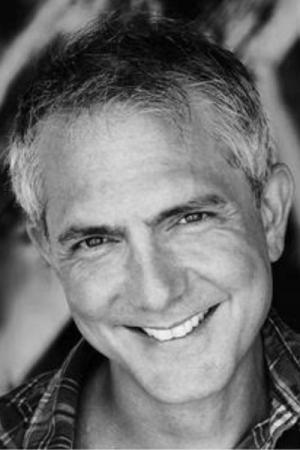 Sounding the call to return
The love and support Pelty received from his parents helped launch him into a successful career. In the years following Interlochen, Pelty found success performing in Chicago and then on Broadway. In 1998, he choreographed the Broadway production of The Scarlet Pimpernel, marking a new phase of his career as he began to balance performing with teaching and choreographing.

Throughout his artistic journey, Pelty never forgot about Interlochen. He credits his time there with solidifying his future goals.

“That first summer, my entire life was handed to me,” says Pelty. Interlochen was where he took his very first class in ballet, which he now teaches.

From 2001-03, he returned to teach high school musical theatre at Interlochen Arts Camp. His dedication to the institution remains as strong as ever, and stronger since rediscovering the letter from his mother.

In a Facebook post, Pelty wrote: “What a gift this find is, how remarkable the timing! I can’t help but think Mom is sounding the call for me to return [to Interlochen]…”

“I am thrilled and honored that Interlochen has asked to keep a copy of the letter as part of their historical archive,” he continued. “I will see that the original eventually makes its way back to the stately pines of Northern Michigan, where it belongs.” 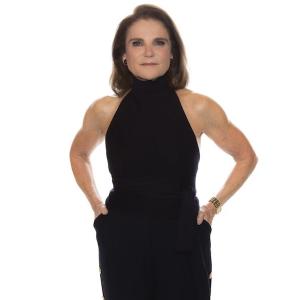 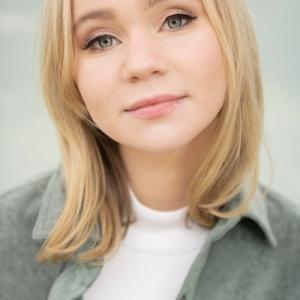 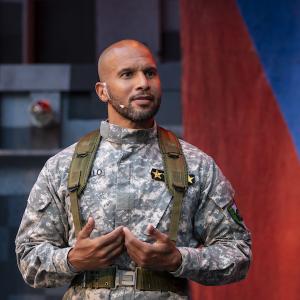 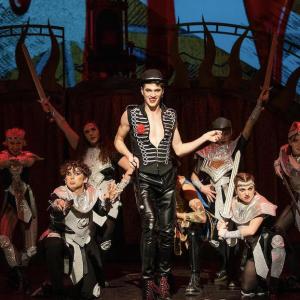