The declaration and the digital age: The civic studies of Danielle Allen 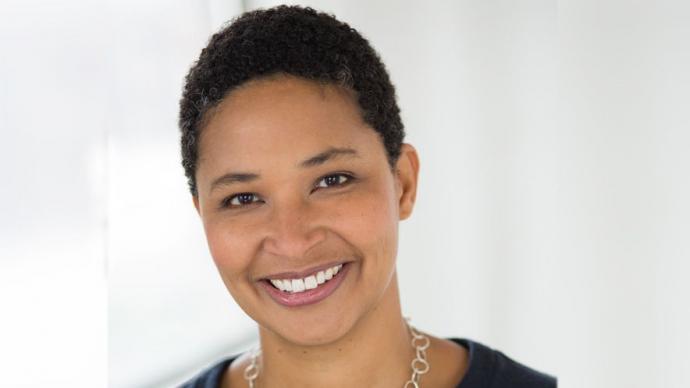 In 2017, Danielle Allen (IAC/NMC 87) made headlines for finding the Declaration of Independence.

No, the original copy did not vanish from the National Archives in a Nicholas Cage-esque heist. In fact, nobody knew it was missing—or existed in the first place.

While a 1,300-word document may seem a niche area of interest, it’s a natural fit for Allen. A political scientist with a background in classical literature, Allen is currently the James Bryant Conant University Professor at Harvard University. Her writings on democracy, citizenship, and the American justice system have appeared in books, academic journals, and the Washington Post.

Allen is also a lifelong lover of the arts, and studied piano at Interlochen Arts Camp in 1987. We recently spoke with Allen to learn more about her career and find out why she believes the humanities—including the arts—are so important to our society.

What are some of your memories of Interlochen?
I have lots of memories. For one, it’s impossible to forget the knickers. It’s also impossible to forget the camaraderie of cabin life and the beauty of the place, in terms of the combination of the Camp’s setting and ubiquitous music. It was very challenging. I grew a lot and learned a lot over the course of the summer. It’s a really special place.

Music is sort of a durable part of my life and one of my greatest pleasures. Interlochen contributed to that, and I am very grateful for that. Living in Boston, the Boston Symphony Orchestra is one of my favorite extracurricular activities. Both my kids are deep into music lessons.

You began your studies as a politics major and later switched to the classics. How did that happen?
I started as a politics major, and I stumbled into the classics and fell in love with the ancient world. I began to realize the value of learning how to think about democracy in relationship to a “closed case” like Athens: There’s a set body of evidence that is not going to change. It’s a good starter set for thinking about democracy. I really enjoyed digging into those ancient materials, transferring the analytical skills I developed in the classics to thinking about democracy in the contemporary context.

But when I was a faculty member at the University of Chicago, I found myself teaching a night course for low-income adults. The goal of the course was to provide humanities instruction to these adults at the same level of quality as University of Chicago students got during the day. That was sort of a challenge: A lot of them didn’t have high school degrees, so they didn’t have as much preparation as a university student. The solution was not to compromise on the quality of text that we taught, but to teach shorter texts. The honest truth of the matter is that I started teaching the Declaration of Independence during the night class because it was short.

I discovered that, even in 1776, there were already different versions circulating. There are some versions that put all the words relating to God in all caps and other versions that don’t capitalize those words, so you can see that there are two different degrees of religiosity in the text. There’s a version that splits the second sentence in half with a period, and if you do that, the document focuses more on individual rights. If you maintain the historical integrity of the second sentence, then the focus of the declaration is more on a communitarian picture of how citizens work together to form a government.

These are critical differences, so what I began to understand was the people who wrote the declaration did so for different reasons and with a different understanding of what it meant. This seemed to be a really important, fresh take on the concept of originalism, which is the idea that legal texts should be interpreted based on the author’s original intent. What I learned from the declaration is that originalism isn’t about a single text having a single meaning. Right from the get-go, people agreed to things for different reasons, and had different interpretations of that text. In a true originalism, you can see the diversity of opinions of the American founding.

I was really curious about that diversity, and I went on a maybe-more-than-slightly quixotic project to find every version of the Declaration of Independence that I could find that was written between 1776 and 1826. It was through the course of that project, which has yielded more than 400 different versions of the text, that we came across the parchment manuscript that nobody knew was there in the West Sussex Record Office in southern England.

You’ve also done some work on the concept of citizenship in the digital age. What are some of the challenges of being a citizen in the digital age, and what can we do to mitigate them?
Being a civic agent has new challenges in this day and age. One is that, in addition to learning to be effective and equitable as a civic actor, you also have to be a lot more intentional about protecting yourself, especially if you’re using social media tools for civic engagement. There’s just more bad behavior out there. We found that young people would find that something that they were doing civically would accidentally go viral, and lead to huge challenges for them, especially psychological challenges.

What role do the arts play in civic education?
Being a good citizen is a creative process. It’s creative in a different sphere than the arts, but it’s about being able to diagnose the context around you and how it could be made better, including more beautiful, and trying to figure out the pathway to that objective.

I think the arts both lift the spirit and give us a far horizon to shoot for, an aspiration of what humans can be. They help human beings understand each other and create meaning. I also think of the work it takes to move from an initial artistic vision to its realization. Performance, and all the hard work and practice it takes to get there, are incredibly great life lessons for what it takes to accomplish real success in the civic arena.

In your book, “Education and Equality,” you defended the importance of the humanities. Why are the humanities still important in a society that places so much emphasis on science and technology?
The fact of the matter is, the sciences are about how to do things, and the foundational human questions about why we do what we do are addressed in the humanities.

The sciences need direction-setting. The capacity for individuals and societies to set a direction for the course of a life or the life of a community depends on the ability to think about human flourishing and well-being. That means that thinking about philosophy, literature, religion, and art, really understanding human values and why we might or should choose particular ways of organizing our lives individually and collectively.

What is the role of an academic in relation to the public? Does the academic have a responsibility to share their work with a greater audience?
Academic life is an incredible privilege. You have an amazing degree of freedom to read and study and think about whatever you want. It’s an unbelievable gift.

My feeling about it is that if you get to read more, if you get to spend more time thinking about things, it’s your job to see where that expertise that you’ve developed can add value to the public conversation.