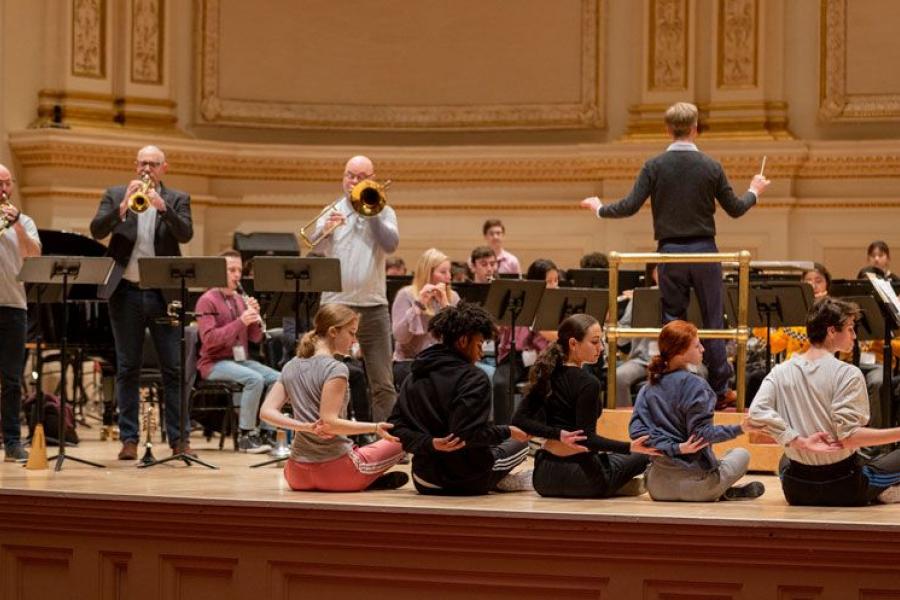 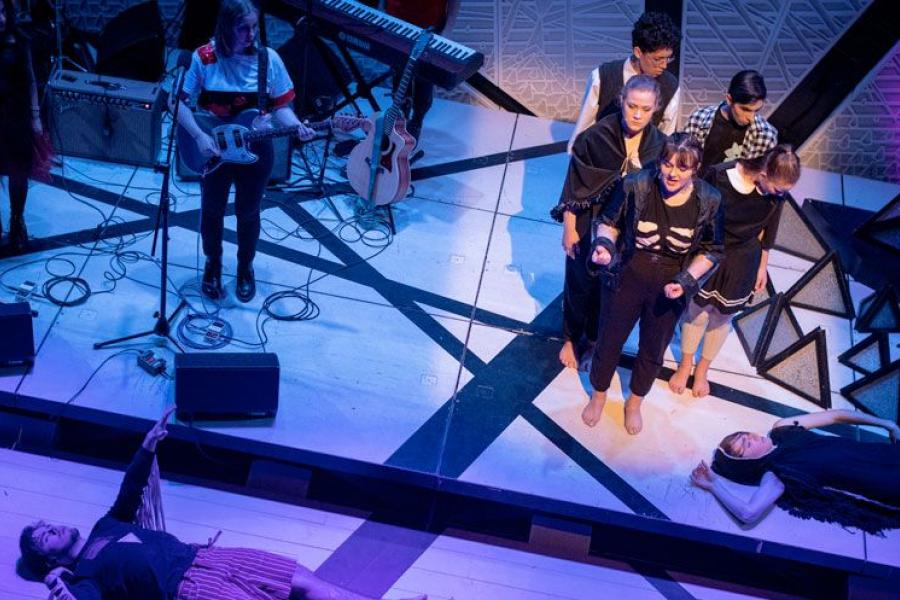 The first performance, presented on Feb. 8 at Brooklyn’s National Sawdust, was an original interdisciplinary work comprised of songs, poems, monologues, visual art, and experimental fashion garments created by the students. Led by Director of Comparative Arts Clyde Sheets and produced by comparative arts students, the finished work featured the talents of Interlochen’s singer-songwriter, visual arts, theatre, and creative writing students. Interlochen Arts Academy alumnus Sydney James Harcourt—a Drama Desk Award-nominated stage and screen actor known for Hamilton, Girl from the North Country, and Blue Bloods—collaborated with the students on the development of the performance and joined them on stage at National Sawdust.

During the tour, students had the opportunity to explore the city of New York. Excursions included: a tour of the HarperCollins Publishing House, an afternoon trip to the Whitney Museum of American Art, a visit to the Clive Davis Institute at NYU Tisch School of the Arts, a workshop with Broadway writer Hunter Bell, and a performance of Come From Away on Broadway.