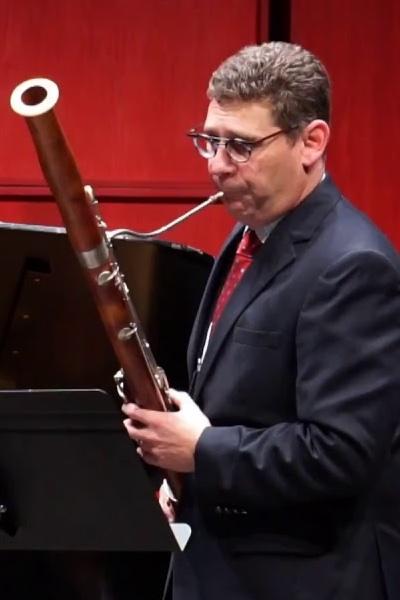 Eric Stomberg enjoys a wide-ranging musical career as a performer, artist-teacher, and artistic administrator. Stomberg maintains an active schedule with positions as Professor of Bassoon at the University of Kansas, Director of Music for Summer Programs at Interlochen Arts Camp, Instructor of Bassoon at Interlochen Arts Academy, and as Past President of the International Double Reed Society.

As an advocate for using music to affect social change, Stomberg has been deeply involved as an artist-faculty member of the Filarmónica Joven De Colombia. This social program brings together talented young Colombian musicians in weeklong residencies throughout the year. After their years-long training, the students become engaged music educators for the next generation of Colombian musicians. At the University of Kansas, Stomberg created an outreach and engagement program in collaboration with the Lied Center of Kansas which allows chamber music ensembles to engage with the Lawrence community while honing their skills as future artists, educators, and leaders.

Stomberg received the Doctor of Musical Arts and Master of Music degrees from the Cincinnati College-Conservatory of Music and the Bachelor of Music degree from the University of Kansas. His major teachers include William Winstead, Alan Hawkins, and Gregg Randall.

I am most interested in teaching students to teach themselves. I encourage each student to find their own individual tone on the instrument, not simply to imitate mine. Student preparation requires not only many hours of individual practice and reed making, but it also requires numerous hours of listening to solo, chamber and orchestral repertoire, and theoretical analysis of lesson assignments. Although each student learns at their own pace, I maintain a specific standard of technical studies, scales, and arpeggios that should be achieved by students at each level.