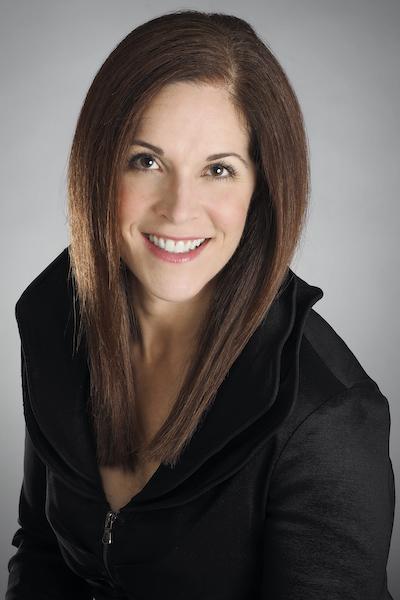 Carolyn Caputo-McCauley is an Interlochen parent and volunteer from Sault Ste. Marie, Ontario. She has been an active parent enrollment ambassador and recently joined the Engagement Council.

Tell us about your Interlochen students. How did your students get to Interlochen, and what are they doing now?

I am proud to say both my kids were fortunate to attend Interlochen both as campers and students of the Academy. My eldest daughter, Alexandria, attended the six-week Intermediate musical theatre program and then went directly into her freshman year at the Academy as a theatre major. She attended the Academy for four years and was an honor graduate of the class of 2019. She presently attends the Royal Welsh College of Music and Drama.

My youngest, Luca, started his Interlochen education as a three-week camper in the Intermediate classical vocal program. During Camp, he was given the opportunity to enroll in the Academy. Watching his sister for the past four years and experiencing the magic of Interlochen Arts camp himself, he was able to make a quick decision. Being passionate about academics, he knew he would thrive at Interlochen. He is going to be a three-year senior in the class of 2022. As a parent, I saw both my children thrive at IAA both artistically and academically, and I am fortunate to call Interlochen our second home.

Why do you, as a parent, give back to Interlochen today?

Interlochen has given my family more than I feel I could reciprocate in return. Interlochen gave both my kids the freedom to express and share themselves without prejudice among like-minded, accepting peers. Moreover, it has given them the exceptional opportunity to excel in their field of studies and grow as tenacious students and young adults. Interlochen is a school like no other! Interlochen facilitated their growth in every capacity; artistically, intellectually, and emotionally. In addition, the self-esteem and confidence that has been built in both my children has positively influenced their independence to take initiative and advocate for themselves.

What would you say to parents who are thinking about ways to give back?

There are many ways as a parent you can give back to the Interlochen community. You can act as a donor, contributing to scholarships for students who may not be able to afford the tuition but are no less deserving to be a student. You can participate as a volunteer. In order for Interlochen to run as smoothly as it does, it requires a small army of many dedicated volunteers that work behind the scenes. It is an honor to give back to an institution that cultivates so many young artists, and it is very rewarding to be a part of the initiative to help inspiring artists grow.

Why does art matter in our world today?

Art comes in many forms. Whether it be on a stage, a radio, a screen, a canvas or a page, it lives with us and is a vital part of life. Art can be misconstrued in its intentions, being seen only for the sake of beauty and personal enjoyment, but its purpose is much more profound. It has shaped our everyday lives, the way we see the world and each other. It has influenced how we communicate, how we can make social statements and change. Some of the greatest moments in history have been influenced and commemorated by art.

In a world that is constantly adapting and evolving, art has always served us throughout history. During crisis and turmoil, time and time again, art has helped us see the light at the end of the tunnel. It has pushed boundaries, changed perspectives, offered an escape, and created new ways of thinking.

The one thing that art does better than anything is it brings connection and unity. No matter what culture, background, or history you may come from, art is deeply rooted in us all. It unites us as a world, allowing us to honestly and authentically communicate with one another.

Art is vital. We must carry it on to the many future generations to come.

What advice would you give current or prospective Interlochen students and/or their parents?

Don’t think twice about it ... enroll! I understand the fears you may be feeling, but I assure you the journey you/your child is about to embark on will be extraordinary. Interlochen is the perfect place for young artists to thrive and grow in their craft, not only as an artist but as an academic and a young person. It is an environment that offers so many avenues and opportunities to its students. There are many ways to keep active physically, socially, and globally at Interlochen through clubs and extracurricular activities hosted by students and staff alike. So many students find “their people” at Interlochen and foster lifelong friendships and connections. There is truly no other place on Earth like Interlochen. Once a Blueberry, always a Blueberry.