Interlochen Arts Camp alumnus Delta David Gier (IAC/NMC 77), conductor of the South Dakota Symphony, has been awarded the 2022 Ditson Conductor’s Award. Established in 1945 as part of the Alice M. Ditson Fund, the prestigious award honors conductors who have a distinguished record of championing contemporary American music.

Gier has served as conductor of the South Dakota Symphony Orchestra (SDSO) since 2004. Over the course of his career Gier has also conducted the New York Philharmonic, the Philadelphia Orchestra, the Cleveland Orchestra, the Chicago Symphony, the St. Louis Symphony, and the Minnesota Orchestra. Last season he conducted the American Composers Orchestra in the inaugural concert of the China-U.S Composers Project. This season will include engagements with several Chinese orchestras and master classes at the Shanghai Conservatory.

Gier also helped develop the SDSO’s Lakota Music Project to help address racial tensions between Native Americans and whites in the region the SDSO serves. Now in its sixth year, the project is a side-by-side program with the SDSO and Lakota musicians which explores the role music plays in their respective cultures, seeking to foster understanding and healing between estranged peoples.
Gier studied trumpet at Interlochen in 1977 and later spent a summer on the Camp staff as part of the stage crew.

Previous winners of the Ditson Conductor’s Award with Interlochen connections include Howard Hanson, composer of “The Interlochen Theme,” which he wrote as part of his Symphony No. 2 while visiting Interlochen in 1928; and Frederic Fennell, who served as principal guest conductor at Arts Academy and Camp starting in 1940, and every decade into the 1990s. 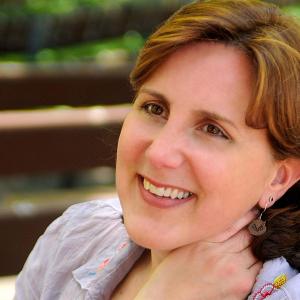